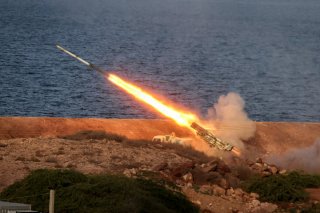 Over time, the Islamic regime became very proficient in evading sanctions, either on its own or with the help of China and Russia. This sanction-busting alliance may explain why Iran is in no hurry to renegotiate the Joint Comprehensive Plan of Action (JCPOA).

In May 2018, President Donald Trump ended American participation in Iran’s nuclear agreement because of perceived violations, expansion of its missile manufacturing, and increased terror activity. Washington imposed crushing sanctions, but the regime responded by advancing its nuclear enrichment. It accelerated the enrichment process using the more efficient IR-6 centrifuges, amassing 43.1 kg of 60 percent enriched uranium by May 2022, according to the International Atomic Energy Agency (IAEA).

Additionally, the regime removed twenty-seven surveillance cameras from its nuclear sites. According to the IAEA, this poses a “serious challenge” to efforts to maintain a “continuity of knowledge” about the program and to ensure that the program remains exclusively peaceful. In yet another blow to the already slim chances of reviving the agreement, on July 9, the regime announced that it had begun enriching uranium up to 20 percent using advanced centrifuges at its underground Fordow nuclear plant. There is no indication that sanctions have achieved their desired goal, and Iran is closer than ever to becoming a nuclear threshold power. More to the point, despite dire predictions of the imminent collapse of the economy, the regime has managed to stay in power.

There are multiple reasons for the failure of the sanction strategy. First, President Joe Biden, desperate to reinstate the JCPOA agreement, decided to relax the Trump-era sanctions. As a result, it tacitly allowed Iran to sell over 780,000 barrels per day of oil to China. In an underhanded maneuver, the administration chose not to enforce sanctions against Chinese companies and individuals who purchased oil from Iran.

Second, Iran became very proficient in evading sanctions on its own and with help from China and Russia. The regime has been setting up multiple hubs and networks of individuals and companies throughout East Asia, including in Hong Kong, the United Arab Emirates, Vietnam, Singapore, and other countries that help to deliver petroleum and petrochemical products to China. Additionally, Iran has established a clandestine banking system that enables it to handle billions of dollars ($80 billion a year, according to some estimates) to avoid using the Society for Worldwide Interbank Financial Telecommunication (SWIFT). The clandestine system—comprised of foreign commercial banks, front companies, and a transaction clearinghouse—helps move money in and out of Iran. The U.S. Department of the Treasury identified or designated over 700 individuals and entities to the Specially Designated Nationals (SDN) List, but this could be the tip of the iceberg.

The regime has also used several sanction-busting tactics to sell its oil. One popular method includes hiding millions of oil barrels in little-known ports in Asia. Another one is the so-called ghost armada, whereby ships turn off their automatic identification systems as they switch cargo from one vessel to another, mostly in remote areas such as Malaysian territorial waters. Blending or “re-branding” Iranian oil is also a popular technique: it involves Iranian oil sold as a non-Iranian product transported on foreign-flagged tankers.

Accelerated by the war in Ukraine, Iran’s close partnership with China and Russia is instrumental in sanctions-busting tactics. The three countries have already signed long-term economic agreements. Iran and Russia have integrated their economies to create a network capable of evading U.S. sanctions. Trade between Tehran and Moscow has reached $4.5 billion annually. The recent agreement they signed promises the export of 10 million tons of goods from Russia to Iran via the North-South land corridor. Similarly, China has been eager to purchase Iranian crude below market price. Using the Chinese network of petrochemical refiners known as “teapots,” Iran has earned over $22 billion in revenue since Biden took office.

Bilateral trade aside, Iran has made substantial strides toward integrating into the Chinese-Russian-led economic infrastructure created to rival the West. In 2021, Iran was accepted as a full member of the Shanghai Cooperation Organization (SCO), the world’s largest regional organization, which covers 60 percent of Eurasia and 40 percent of its population. Iran has also used the Chinese-run Cross-Border Interbank Payment System (CIPS), a yuan-based alternative to SWIFT, the dollar-denominated banking messaging system.

Iranian prowess as a master sanctions evader has attracted attention. The Russian transport minister Vitaly Savelyev acknowledged as much, stating that his country is “studying the case of Iran” to help it deal with Western sanctions on his country. The United States should also take notice and recalibrate its approach to stopping Iran’s proliferation.

First, the case of Iran, along with Russia and China—its two “black knights,” a reference to sanctions-busting allies of a censured regime—shows that sanctions work best when they are vigorously implemented with broad multilateral support. Even under the best circumstances, generating sustained support for economic penalties is not easy. The Ukraine war-induced reconfiguration of the international system makes generating broad support even more difficult.

Still, the United States should continue sanctioning the regime and expand punish Chinese and Russian firms doing business with Iran.

Another option is naval interdiction operations to ensure the free flow of legitimate trade and to disrupt the transport of illicit oil cargo. The U.S. Navy should interdict vessels that smuggle Iranian oil and perform flag verification operations. The Navy conducted such operations and confiscated Iranian oil aboard foreign-flagged ships heading to Venezuela. These operations should be broadened to include ghost armadas and blending and rebranding areas.

Credible military postures need to complement these steps. American support for the Arab-Israeli Middle East Air Defense Alliance (MEAD) to counter threats from Iran’s ballistic missiles and drones and its destabilizing activities should be high on the agenda. With the United States refocusing on China and the Far East, MEAD should fill the security gap in the Middle East.

Last but not least is considering a kinetic option should the regime pursue its nuclear advances. To make this threat credible, Washington must provide Israel with the Massive Ordnance Penetrator (MOP) bunker-buster bomb, which is reportedly able to destroy Iranian underground enrichment facilities such as Fordow. The deterrence effect of a kinetic action is all the more urgent because of the intelligence reports of a large-scale underground nuclear facility deep into mountains south of the Natanz nuclear complex.

It is impossible to determine whether Iran would ever use a nuclear weapon against Israel, despite its frequent calls “to wipe the Jewish states off the map.” It is clear, however, that possessing a nuclear arsenal would protect the regime from retaliation for its increasingly brazen efforts to destabilize the Middle East.