The Iranian Nuclear Issue: Beware of Plan B 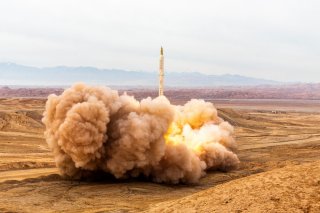 As talks resume in Vienna on reinstating the Joint Comprehensive Plan of Action (JCPOA), the multilateral agreement that restricted Iran’s nuclear program, there is still ample reason to hope the negotiations succeed. The history of the past six years leaves no doubt about which state of affairs—having or not having a JCPOA—is preferable. During the three years the agreement was in effect, Iran abided by its prescribed limits and all paths to a possible Iranian nuclear weapon remained closed. In stark contrast, the three years that followed Donald Trump’s reneging on the agreement demonstrated that his “maximum pressure” policy was a failure on every count. Iran’s acceleration of uranium enrichment brought it far closer to the ability to build a nuclear weapon if it chooses to do so. Iran’s conduct in its region became more aggressive. And the U.S. reneging contributed to the installation of a more hardline Iranian regime.

The current U.S. and Iranian governments both still have incentives to reach an agreement, which in Iran’s case is the prospect of relief from economically damaging sanctions. But an unfortunate dynamic between Washington and Tehran has made agreement elusive. The Biden administration missed a chance to seal a deal with the pragmatic Iranian administration of Hassan Rouhani when it was slow to formulate its own negotiating position and then tried to add non-nuclear matters to the agenda. The administration of the current hardline Iranian president, Ebrahim Raisi, has been given additional reason to mistrust the United States and—in an attitude that partly mirrors the attitude Trump took toward the work of his predecessor, Barack Obama—Raisi evidently feels a need to do something different from what Rouhani did. Myths about a “better deal” can infect Iranian thinking just as they have infected discussion in the United States.

So, what happens if the Vienna talks do fail?

American discourse on the objective of preventing an Iranian nuclear weapon has developed in a misleading way, perhaps because the issue has been front and center for so long—substantive negotiations with Iran on this topic began more than a decade ago. The objective has come to be seen as a holy grail whose pursuit should take precedence over almost all other interests involving the Middle East. Many participants in the discourse seem to think that the advent of an Iranian nuke would be worse than anything else that could happen in the region. It isn’t.

It is worth remembering that the immediate urgency that the Obama administration felt in embarking on the negotiations that led to the JCPOA was less any calamity that would flow from an Iranian bomb than that the Israeli government of Benjamin Netanyahu was threatening to start a war over the issue. Diehard opponents of the JCPOA obscured this fact when—looking for rhetorical ammunition in the face of the JCPOA’s success in keeping paths to an Iranian nuke closed—they later charged inaccurately that the Obama administration had been so fervently and narrowly focused on getting a nuclear deal that it overlooked other concerns such as Iran’s “nefarious” behavior in the region. As noted, Iranian actions placed under that label got worse not after the JCPOA was concluded but instead after Trump reneged on it. And no one had been carrying on more fervently about the danger of an Iranian nuke than Netanyahu.

War Would Be Worse

Here’s something that would be worse than the building of an Iranian nuclear weapon: a new war in the Middle East, especially one that involves the United States, and including any war launched in the name of supposedly preventing an Iranian nuke. Launching such a war would be an act of aggression, contrary to international law and to U.S. obligations under the United Nations Charter. Many innocent people would die, both in the initial attack and in the responses to it. Iran would strike back through the numerous ways available to it, including direct and indirect attacks on U.S. personnel in places such as Iraq, and with its Lebanese ally Hezbollah able to rain rockets down on Israel. Promising steps toward de-escalation of tensions in the region would be set back, and the possibilities for the spread of the hostilities would multiply. Hatred of the United States for its role in the aggression also would multiply, with all the implications that follow from that, including ones involving international terrorism against Americans.

Such military action would not even achieve the ostensible purpose of preventing an Iranian nuclear weapon and would more likely be counterproductive. This is partly a matter of capabilities, given that Iran’s nuclear infrastructure is dispersed and hardened and the technical knowledge of its scientific and military establishments is indestructible.

It also is a matter of incentive. There is no greater incentive for developing a deterrent against possible future attack than being made the target of an actual attack. A hint as to the likely Iranian reaction to a military attack on its nuclear infrastructure is what happened after Israel bombed an Iraqi nuclear reactor in 1981, after which Iraq embarked on an accelerated program to build a nuclear weapon, and got much closer to that goal than it ever was before the bombing.

If Iran were to build a nuclear weapon, it would not be the first to introduce such weapons into the Middle East. It is widely accepted that another regional power did that years ago. Two countries that are not friendly to each other would then be in a situation of mutual nuclear deterrence. Deterrence works. In this case, it would especially work in deterring Iran, given Israel’s superiority in all manner of conventional arms and Israel thus having what Cold War-era strategists called “escalation dominance.”

Those who have for years been sounding an alarm (or crying wolf) about an Iranian nuclear weapon usually have not tried to argue that Iran would fire a nuke as a bolt out of the blue. Rather, the argument more often has been that having a nuke would somehow “embolden” Iran to do all sorts of nasty stuff in its region. Those making this argument invariably have worst-cased what Iran “could” do in such circumstances while best-casing the results of an ostensibly preventive attack on Iran.

The argument about emboldening relies on a vague sense that having a fearsome weapon in the basement somehow increases one’s moxie to do other things. Specific logic as to exactly how this is supposed to work is never provided. In fact, there is no such logic, as I pointed out in The National Interest a decade ago. The argument tacitly assumes that there is something that Iran would like to do that it is not doing now because it is deterred by the prospect that someone would attack it or otherwise punish it in return. (That assumption, by the way, contradicts the frequent assertion—often voiced by those opposing any sanctions relief for Iran—that Iran engages in as much “nefarious” behavior as it can financially afford.) The argument further assumes that whatever that something is, it is nonetheless so important to Iran that the Iranians could counter-deter someone else’s threat of attack or punishment by credibly threatening to escalate the whole matter to the nuclear level—despite the fact that executing such a nuclear threat would be just as suicidal for Iran as a bolt out of the blue. No conceivable situation meets this combination of criteria.

A Goal, Not a Holy Grail

Avoiding an Iranian nuclear weapon is a worthwhile goal, if for no other reason than being in the interest of curbing global nuclear proliferation. Pursuing that objective through a diplomatic accord such as the JCPOA is especially worthwhile, given how Iran was willing to forgo nuclear activities to which it was otherwise entitled in return for relief from sanctions—sanctions that hold no economic benefit, and only economic (and political) costs, for the United States. Such an accord thus was, and still is, a win-win situation for the United States.

But the objective must be pursued while remembering two important pieces of context. One is that building a nuclear weapon is not some fixed Iranian objective. If it were, there would be no way to explain Iran’s agreeing to the major dismantling of much of its nuclear program, and highly intrusive inspections of what remained, when it signed the JCPOA. Whether Iran ever decides to build a nuke will depend heavily on what others, including the United States, do to Iran. There is a good chance it would not make such a decision even in response to a failure of the Vienna talks to yield an agreement.

The other piece of context is that no foreign policy objective, beyond providing for the basic security of the American people in their homeland, is so important that it overrides everything else and should be pursued without weighing it against other interests and objectives. The world would be better off without an Iranian nuclear weapon, but there are other things that would make the world, and the United States, even worse off, including a new war.