How Biden Can Move Beyond Trump’s Failed Iran Strategy 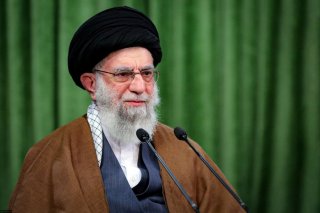 How is it that President Donald Trump and the Republican Party have gotten Iran so wrong? For the past four years, the Trump administration has said that withdrawal from the Joint Comprehensive Plan of Action (JCPOA) and more sanctions would lead to an improved, comprehensive nuclear deal with Iran. Iran would not restart its nuclear program, Secretary of State Mike Pompeo confidently predicted in 2018. A “broad coalition of nations” would support us, Trump declared. After a spate of violent attacks nearly led to war in 2019 and early 2020, deterrence was restored, the administration asserted. Protests would bring Iran to the table; the arms embargo would be maintained; snapback sanctions would be imposed. A better deal could still be reached.

It is apparent that the opposite has happened. Iran’s stockpile of low-enriched uranium has grown to twelve times what it was when Trump entered office. Foreign ‘compliance’ with U.S. sanctions has been driven by fear of financial penalties rather than political solidarity. Trump has repeatedly weighed striking Iranian nuclear or military sites, and the U.S. State Department is ready to turn tail and flee Baghdad due to incessant attacks by Iranian-backed militias in Iraq. Iranian protests were crushed without consequence; the arms embargo has expired; snapback sanctions are largely being ignored. The latest slew of sanctions and diplomatic outreach to Europe and beyond has left Washington wanting.

Things have gone so sour because Trump bit off more than America could chew. Unlike how the Obama administration prioritized Iran’s nuclear program while putting other contentious issues on the backburner, Trump and friends went all-in for the kind of Iranian grand bargain that has eluded the United States for the past several decades.

Pompeo’s May 2018 speech to the Heritage Foundation is revealing. The administration’s twelve demands for Iran, which include ending its ballistic missile development, disavowing prized proxies like Lebanese Hezbollah, and abandoning the Houthis in Yemen and Bashar al-Assad in Syria, are a mash-up of requirements that fundamentally undermine Iran’s security and dismantle its foreign policy. In Tehran, the message—that the Trump administration will only live with a neutered Iran—was received loud and clear. “Such a negotiation is an instance of surrendering,” Iranian Major General Qassem Soleimani said less than a year before his assassination by a U.S. drone. It is difficult to disagree with Iranian Foreign Minister Javad Zarif’s assessment: America is waging “economic war” against Iran.

U.S. sanctions were intended to wring new concessions from Iran, but, for Tehran, the juice was never worth the squeeze. The Trump administration dramatically expanded the scope of U.S. demands without offering Iran anything that could warrant such an existential capitulation. The carrot of sanctions relief, which is the same incentive sold to Tehran by the Obama administration that Iranians have long bemoaned was never genuinely fulfilled—even before Trump became president—was never going to fit the bill. Given that Russia and China have not followed America’s lead—both nations are increasing their trade and improving their ties with Iran—and that Europe’s efforts to fulfill the JCPOA’s promises have been uninspiring at best, this strategy was doomed from the start. We should expect Iran to not consider sanctions relief to be the valuable incentive it once was.

In any case, insisting that Iran submit to the kinds of policies saved for the losers of wars—disarming and yielding to foreign fiat—when Iran is far from a defeated power, is no strategy at all. For as Samo Burja argued for this magazine, “security is a precondition for trade and economic growth,” not the other way around. To believe that Iran would abandon its security for the lure of foreign investment and trade profoundly misunderstands that, above all else, Iran values its sovereignty. It is not just that Iran has labored to build a “sanctions-proof … economy of resistance,” but, as researcher Amir Toumaj has observed, Iran’s senior leaders define their “economic crisis as a security problem.” Therefore, in Iran, much as in the United States, security and economics are intertwined; neither can be sacrificed for the other. Iranian Supreme Leader Ali Khamenei certainly subscribes to this view; he has warned for years that the West is using sanctions and trade as part of a broader “soft war” against Tehran.

For U.S. Iran policy to succeed, a Biden administration should not seek to untangle the Gordian knot of U.S.-Iranian relations all at once. Instead, Joe Biden should start by prioritizing Iran’s nuclear program—the most pressing national security threat Iran poses—before discussing additional points of contention with Tehran. Rejoining the existing nuclear deal is the most effective means to regaining international support for U.S. priorities, attaining Iranian compliance, reducing tensions, and launching new negotiations. Proposals that condition U.S. participation in the JCPOA on addressing Iran’s other “destabilizing activities”—such as its missile program or support for proxy groups—should be soundly rejected. For as dangerous as Iran’s support for terrorism or its ballistic missile program are, these problems can be successfully managed by U.S. conventional military forces and by working with America’s many allies. In contrast, an Iranian nuclear weapon poses an unparalleled challenge, both in that it complicates U.S. deterrence and freedom of action, and incites further Middle Eastern proliferation and military conflict. Little else could so greatly upset America’s Middle East national security portfolio.

In truth, the United States can more easily live with a Middle East in which Iran is arming proxy groups and building missiles, than one in which multiple regional states are balancing Iran by building nuclear weapons of their own. Despite that some in Washington see Iran’s proxies and missiles as powerful tools of terror that exist to existentially threaten the West, they are better understood as the assets which comprise the bedrock of Iranian security. Iran lives in a dangerous neighborhood and has few available means to raise costs for America, and U.S. allies, should Washington decide to invade Tehran. These proxy forces can ambush a convoy or destroy an embassy, much as missiles can, but without nuclear weapons, these threats are manageable. They will never defeat America.

Consequently, the ultimate Middle East nightmare scenario for the United States is not an Iran emboldened by sanctions relief monies or rearmed after reintegration into the global arms market, but the regional upheaval that follows Iranian nuclear weaponization. In such a scenario, it may not be America that starts the conflict; historical precedent in Iraq and Syria shows that Israel will use preventative war to stop its neighbors from acquiring nuclear weapons. However, as the aftermath of Israel’s 1981 strike on Iraq’s Osiraq reactor reveals, kinetic operations can only temporarily delay a nuclear weapons program in a technologically- and scientifically-advanced nation with committed officials. Consequently, if Iran’s program is to meet the same fate as its neighbors—as appears likely given recent acts of sabotage—Iran is likely to double down and construct additional hardened facilities within the country’s interior mountains, and move its nuclear assets within them, raising the stakes for both Israel and America. At that point, only full-scale war can stop Iran’s program, and other regional states will hedge against the threat of an Iranian bomb by building one of their own, as is already occurring in Saudi Arabia. Neither result is acceptable; both will make America less safe.

Only diplomacy can address Iran’s nuclear program and prevent the Middle East from becoming a region of nuclear-armed, hostile powers competing for security. To achieve better outcomes, the United States must first realize that Iran does not negotiate and make concessions merely because of pressure, but because Tehran stands to gain commensurate rewards on the other side. That means there are real limits on what the United States can demand, and that America is better off when it works with others. Second, Washington must recognize that incremental gains towards improved relations with Iran are feasible and valuable, and that cooperation on mutual security concerns remains possible. Third, Americans should understand that negotiations never give either party everything that they want, and that agreements which preserve red lines while compromising on lesser, though still important, national security matters are still worthwhile. In a time of fraught domestic politics and disparate allied priorities, this is admittedly a tall order. Yet this remains the best path to reducing tensions with Iran and making the Middle East safer. Anything less will doom America to further decades of involvement in regional conflict.