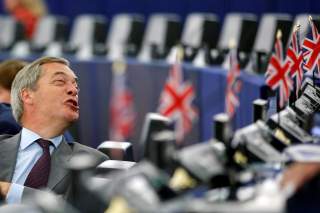 Tomorrow the British Parliament will vote on the new deal reached between Prime Minister Boris Johnson and the European Union on the United Kingdom’s withdrawal from the international behemoth. The vote tally will prove a final do or die moment before the October 31 withdrawal deadline.

Johnson’s predecessor, the politically impotent Theresa May, submitted withdrawal plans four separate times to parliament, which rejected all of them with solid majorities. Subsequently, parliament, hostile to a hard Brexit and independence from the continent, passed a law demanding a deadline extension if no deal was reached by October 17.

Even hamstrung, Johnson was able to narrowly beat the clock and negotiate a new proposal.

“Where there is a will, there is a deal—we have one! It’s a fair and balanced agreement for the EU and the UK and it is testament to our commitment to find solutions,” said outgoing President of the European Commission Jean-Claude Juncker.

The primary difference between the deals produced by May and Johnson revolve around the Irish question. Northern Ireland, as part of the United Kingdom, would be part of any withdrawal process. Currently, there are no customs posts or physical checkmarks between Northern Ireland and the Republic of Ireland. This is partially because they’re in the same customs union under the European Single Market, and also because of the Good Friday Agreement of 1999, which put an end to The Troubles.

A sudden hard border in Ireland could rupture the peace, which put an end to thirty years of low-level warfare which led to over 3,500 deaths. Theresa May’s solution, rejected by parliament, was to keep the entirety of the United Kingdom in the Single Market, subject to European regulations and economic diktats. This would have been a Brexit in name only. Johnson’s new agreement takes all parts of the United Kingdom out of the Single Market, with a special addendum for Northern Ireland to follow European rules and procedures on trade.

“Boris’s deal is definitely an improvement over May’s deal,” explains Andrew Stuttaford, contributing editor at National Review. “The way that the famous Irish backstop has been replaced means that the UK is not effectively locked into the EU’s ecosystem . . . Northern Ireland is going to end up in the middle spot of a Venn diagram, between the EU and the UK.”

“Even if this deal falls flat, Boris has done the impossible and found a middle ground on Brexit,” says Freddy Gray, deputy editor at The Spectator. Johnson was the editor of the same publication from 1999 to 2005. “People can say it is just May’s deal and in large part it is—but he has achieved real key concessions, especially in terms of the backstop and Britain’s ability to control its affairs in the future.”

The Democratic Unionist Party (DUP), a North Irish political party in coalition with Johnson’s Conservative Party, has come out against the deal. They believe it separates Northern Ireland too much politically from the rest of the UK.

“I think they’re asking too much. I understand where they’re coming from, but at the end of the day there is a limit to the extent to which they can set the agenda,” says Stuttaford on the DUP’s intransigence.

They’re not the only ones who have come out against the deal. So have the Scottish National Party (SNP), and the Liberal Democrats, who oppose Brexit in any form. The Labour Party says “the Prime Minister has negotiated an even worse deal than Theresa May’s,” while Nigel Farage, head of the Brexit Party, called it “the second worst deal in history and it’s still not worth voting for.”

The only outside support the deal seems to be getting is from the rebel Tories, expelled from the party after voting to prevent a no-deal Brexit last month. They’d likely support Johnson’s new deal in exchange for amnesty. Even with a few stray Labour votes, it’ll be very difficult for Johnson to cobble together a majority.

“If he fails in parliament tomorrow, he will only succeed more at the ballot when he finally get the general election Britain so badly needs,” says Gray confidently. “I don’t like to gush, but it is an objectively an incredible political achievement.”

If the deal fails, then Johnson will be compelled by law to request the EU for an extension. But will the EU grant it, or say a pox upon their house and leave the UK to deal with the economic ramifications of a hard Brexit?