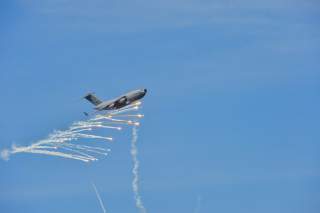 America’s current foreign-policy framework has produced a string of failures. Iraq and Afghanistan were expensive messes; Libya and the Balkan interventions, destabilizing wars of choice; we’re plainly overextended in Europe and can never seem to realize our long-promised pivot to Asia. Many of our allies carp about the need for U.S. “leadership” and growing threats in their neighborhoods while spending pittances on their own defense; at the same time, the publics in the same countries appear to resent our efforts to defend them. We have amassed all the downsides of empire, while seeing few of its benefits. And within many Washington foreign-policy circles, the solution to the problems our approach has created is to double down. Indeed, while most public discussion has focused on the shortcomings of one major party’s candidate for the presidency, few seem concerned that the other major party is poised to nominate a candidate who was an enthusiastic cheerleader for all of the serious foreign-policy blunders I listed above. Perhaps the United States simply has no alternative to its current strategy.

Not so, argues Stephen Walt. In a keynote address to the Charles Koch Institute’s Advancing American Security conference today in Washington, D.C., the Harvard professor made a bracing case for a different direction, a U.S. foreign policy far more restrained than today’s adventurism yet far more engaged than the isolationism of, say, Sakoku-era Japan. By remaining aloof from many of the world’s friction points, the United States would be able to invest more in its own affairs, building a firmer foundation of national power.

In Walt’s view, the United States enjoys advantages that almost no other great power in history has had. We are separated from all other major states by two vast oceans, and enjoy unquestioned supremacy in our entire hemisphere. We have the world’s largest and most dynamic economy, which underwrites the world’s strongest military. We can resort to nuclear weapons in the event that all these fail to protect us. We face few serious existential threats from other states.

It is precisely this tremendous advantage, says Walt, that has enabled us to sustain our current approach in spite of its many failures. Under this approach, which he brands “liberal hegemony,” America seeks to dominate every region of the globe while advancing liberal goals: open markets, democratic governance, international rule of law. The push for global dominance has enabled allies to cut back on military spending and free ride on our commitments to their defense. The desire to advance democracy, sometimes at the point of a gun, has had particularly damaging effects—the regimes we wish to change feel threatened and do unpleasant things like pursue nuclear weapons, while the regimes we do change require replacement, which often means occupation, which stirs resentment and violence. It’s a foreign policy with few successes and serious costs.

The alternative to liberal hegemony, Walt says, is a strategy of “offshore balancing.” Under this approach, the United States seeks to prevent the emergence of a rival hegemonic power in three key regions of the globe: Europe, Northeast Asia and the Persian Gulf. (In a clever touch, the menu at the lunch included foods from each of those regions, plus some all-American cheeseburger sliders.) Washington preserves dominance in its own hemisphere, and leans on local states first to check the rise of potential hegemons, since they have an even deeper interest in blocking their ascent. It continues active trade and diplomacy around the world, and prepares a military centered on air and sea power, with modest, more scalable ground forces. For today’s policymakers, that means drawing down from Europe (where the locals already spend four times more on defense than Russia) and pushing for a limited rapprochement with Iran, which is a mere potential hegemon.

Asia is more complicated: China has the power and possibly the ambition to push for dominance in its region, and its local rivals are far apart, fractious and, in some cases, feeble. This can make Walt and his frequent coauthor John Mearsheimer sound like China hawks at times: our Asian friends may need American aid and even American force to put paid to Peking’s pronunciamentos. China has deeper economic interests around the world than the last major potential hegemon, the Soviet Union, which may also incline it toward foreign adventures. And China’s growing strength may ultimately need to inform American policy in the Persian Gulf as well: while Iran can’t be allowed to achieve hegemony there, it would also be an error to harry it into Chinese arms.

But why not pursue something closer to isolationism, letting the cards fall where they may in other regions? Why fear hegemons halfway around the world? Walt suggests that these hegemons, once totally secure in their home regions, would be able to pursue their interests far around the globe—much as we do today. That might lead to their presence in the Western hemisphere, presenting the United States with security challenges it has not faced in ages.

The greater challenge to Walt’s proposal is, I think, getting from our current strategy to his. This poses difficulties on the international level, of course: a quick drawdown in Europe would leave nothing but weepy hipsters between Vlad and Vilnius. But the domestic side may be tougher. Though Walt is likely correct that American voters are willing to accept a more restrained foreign policy, the vast share of the people who make our foreign policy are not. An entire generation of policymakers has not needed to think seriously about which national interests are vital and which are peripheral. So far, none of their errors have been disastrous enough to force a rethink. And even a big foreign-policy failure that we can clearly attribute to the liberal hegemony strategy (say, U.S. involvement in a Baltic war) might not be enough—after all, supporting the Iraq War proved to be a foreign and domestic disaster for Hillary Clinton, yet she remains a hawk.

So suppose a president takes office determined to implement Walt’s strategy. How does he staff his administration with fellow adherents? As Stalin once said, “Cadres decide everything.” Mid- and low-level appointees who don’t think like the president will struggle to translate his grand ideas into detailed policies and will require constant supervision just to stay on course. The end result might be policies that are, in places, contradictory to the president’s vision; other states may feel these policies impact them more than the president’s declared intentions. The resistance the president faces may also manifest in the advice he receives and in press coverage. He might find himself surrounded by a chorus of critics. If his advisors criticize most of his ideas, including the good ones, how will he know when his ideas are bad?

But let’s bypass that and assume the president carries out Walt’s strategy to the hilt. The opposing party will campaign against his foreign-policy approach, because that is what opposing parties do. When they take office after four or eight years of offshore balancing, they’ll likely want to shift back toward a strategy of liberal hegemony. This inevitable future shift will reduce the credibility of the president’s promises in his own time. Worse, when it is carried out, the infrastructure of liberal hegemony—the far-flung bases, the doubtful defense commitments, etc.—will have atrophied. Maybe this will force a more restrained version of liberal hegemony. But maybe it will lead to liberal hegemony being pursued on even weaker infrastructure. One of liberal hegemony’s greatest drawbacks is that it breeds a provocative weakness, a palpable mismatch between our ambitions and our means. The big ambitions would be back, and the means to back them up would be even feebler.

That’s not to say these are decisive objections to Walt. Administrations must always make policy in the shadow of future change, and the challenges of undoing a bad strategy are not arguments in favor of its continuation. The challenge of finding loyal policymakers may lessen, too: the rising generation of policymakers rose to political maturity watching the Iraq disaster, not watching America stand as the world’s unquestioned champion. Yet all these are certainly dynamics that any future administration would face in carrying out a realist foreign policy like the one Walt proposes.