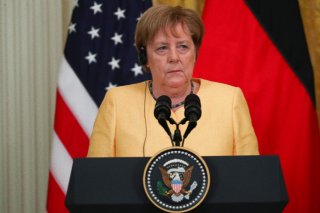 “YOU CAN’T repeat the past,” a character is told in F. Scott Fitzgerald’s The Great Gatsby, to which he grandly replies, “Can’t repeat the past? Why of course you can!” Condemned to live in the present, President Joe Biden has been hurrying to restore the transatlantic relationship, and Western Europe has welcomed partnership with the United States post-Donald Trump. Central Europe has breathed a sigh of relief. Having returned to strategic clarity on Europe, the Biden administration is giving its consistent support to NATO. It has abandoned President Trump’s serial calls for friendship with Russian president Vladimir Putin. It is imposing costs on Moscow, while highlighting the divide between an autocratic Russia and those of its neighbors that aspire to democracy. Biden champions multilateralism and the further integration of the European Union.

This is the path forward endorsed by the lion’s share of foreign-policy experts and DC think tanks. Without a robust transatlantic relationship, Russia and China will become unmanageable for the United States. Russia profits from division within Europe and from division between Europe and the United States. In Putin’s eyes, such division has the potential to upend sanctions, to create ad-hoc partnerships with willing European governments, and to solidify a sphere of influence on Russia’s western flank. Meanwhile, Russia’s partner China has integrated its economic, military, technological, diplomatic, and cultural might in ways that cry out for a transatlantic counter-response. Transatlanticism augments democracy promotion and collective security in Europe and Asia, augmenting an international order shaped by deliberation and cooperation.

Obvious as all of this may be in theory, transatlantic partnership is proving tricky in practice. So far, the Biden administration has taken a rather technocratic approach to the transatlantic relationship. Its emphasis has fallen on the common toolbox of diplomacy in hopes that a shared set of interests will help to manage its top-priority challenges, from geopolitics (China and Russia) to global public health to the many policy conundrums that follow from climate change. So far, Biden has yet to achieve any major victories with Europe, and the recent Afghanistan and nuclear submarine debacles have worsened the pre-existing fissures: continued European worries that the United States is, as Angela Merkel said of Trump’s America, “unreliable,” and continued American frustration with the sorry state of a European foreign policy. Germany and the European Union are also not convinced by the claim that China is no longer a partner and unambiguously a threat. Quite the contrary. They see America as tracing a return to antedated Cold War impulses. On Russia, Berlin has gotten Washington to pull back on Nord Stream II sanctions, much to the consternation of Ukraine and its champions. Then there is the Middle East. On the Arab-Israeli conflict and on Russia policy, Europe and the United States are not perfectly coordinated. Europe and the United States have a common toolbox. But do they have a common vision?

HISTORICALLY, TRANSATLANTICISM has never depended on having the best foreign policy on paper. It has depended on a firm cultural foundation, which at mid-century was the West or Western civilization. The architects of the Marshall Plan and the NATO alliance had the West as their beau ideal, as did those tasked with turning Germany from the saboteur of global order into an anchor of European stability. Long out of date, the cultural configurations of the transatlantic relationship have not since been rethought. As Europe and the United States continue to contend with populism, widening inequality, and spiraling political polarization, cultural fragmentation could be more dangerous to the transatlantic relationship than—dare one say it?—either Russia or China. This relationship’s near-death experience during Trump’s presidency, of which neither Moscow nor Beijing was the true cause, proves the point.

So the Biden administration would be wise to give the transatlantic relationship a new cultural orientation. It should preserve the essence of what was once self-confidently called the West: the commitment to liberty and self-government derived from the Enlightenment and from classical antiquity. Liberty and self-government were the self-evident truths of Ronald Reagan’s foreign policy, but in recent years they have come into bad odor in certain precincts of the Right. The Biden administration should embed its commitment to political liberty in tolerance and multiculturalism, while doing what it can to ensure that transatlanticism is a bipartisan project at home. Abroad, Biden should do more to justify the transatlantic relationship in story and symbol, as earlier presidents had often done with the West. Most importantly, the Biden administration should avoid nostalgic efforts at repeating the past. The transatlantic relationship is not a museum piece, a precious jewel of 1940s internationalism. It is a living thing in politics and in culture. Either it will be sustained by the enthusiasm of younger generations or it will be lost.

THE CULTURAL architecture of the transatlantic relationship arose slowly. It first came into focus in 1893 at the Chicago World’s Fair or World Columbian Exposition. Exactly 401 years after Christopher Columbus’ arrival in the Americas, the fair showcased the United States as the heir to Europe’s technological progress and civilizational bounty. Its neoclassical buildings and immense gardens were so popular that they inspired a redesign of the National Mall and yielded Union Station, the Lincoln Memorial, and many other iconic Washington spaces and monuments. On display in the 1890s was a heavy-handed West attuned to the age of empire, which the United States formally joined with the Spanish-American War of 1898.

Two decades later, Woodrow Wilson strove to make the West safe for democracy. He drew on the Enlightenment—one part Immanuel Kant’s notion of perpetual peace, one part Thomas Jefferson’s lyricism about inalienable rights—to propose a new international order at Versailles. An interlocking network of democracies and republics would form itself into a global deliberative body, Wilson hoped. Yet Wilson failed to persuade the British and the French, not to mention the Soviets and the Germans. The U.S. Congress was likewise unimpressed. Spheres of influence and empires remained, but by indicating the outlines of a democratic West, Wilson had planted a seed. Contemplating Wilson at Versailles, the Chinese intellectual Hu Shi designated him as “the supreme product of Western Civilization.” His vision truly was visionary.

In the 1920s and 1930s, American universities were busily teaching Western civilization. Columbia University, of which Hu Shi was an alumnus, pioneered the “Western civilization” curriculum at the time of World War I. Columbia president Nicholas Murray Butler was an exponent of reaching out to Germany, because Germany was Europe. The project was an academic venture intended to introduce American students to European letters in translation, a modern version of the Greek and Latin learning that had dominated American higher education ever since Harvard College’s founding in 1636. Columbia’s program spread throughout American universities in the interwar years, making the West and Western civilization ubiquitous reference points in culture and in international affairs. These affirmative curricula fostered an education in dissonance. As undergraduates gathered to receive the treasures of the Western intellectual tradition, Europe was descending into fascism and war.

THE UNITED States entered World War II a self-conscious protector of Western civilization. Franklin Roosevelt’s advisor, Harry Hopkins, met with Winston Churchill in 1942 “to discuss the grave predicament of Western Civilization,” in Hopkins’s words. What this meant, beyond the war effort itself, was a bequest of classical antiquity passed from Europe—via Great Britain—to the American Republic. Practically speaking, Western civilization was representative government, constitutional monarchy, democracy. Or as Dwight Eisenhower put it in a letter to his son shortly before the D-Day invasion, “no other war in history has so definitively lined up the forces of arbitrary oppression and dictatorship against those of human rights and individual liberty.”

After 1945, the cause of human rights and individual liberty was folded into the Cold War. Unwittingly, the Soviet Union ushered a new West into existence by being—even more than Nazi Germany—in the geographic East and by being no less arbitrarily oppressive and dictatorial than the Third Reich. The Soviet Union opposed the Euro-Atlantic West, a security and a civilizational dilemma for American policymakers. U.S. ambassador to the Soviet Union Averill Harriman wrote in January 1945 that “unless we wish to accept the twentieth-century barbarian invasion of Europe … we must find ways to arrest the Soviet domineering policy.” George Kennan too wanted Soviet communism (and Soviet barbarism) contained so that Western civilization might flourish.

Western civilization framed U.S. policy in the late 1940s. It also explained this policy to the people that funded it—the legislature and the taxpayer. Going before the House Foreign Affairs Committee in January 1948, Secretary of State George C. Marshall employed the language of civilization to muster support for what would become known as the Marshall Plan. He argued:

Left to their own devices, there will be no escape [by Europeans] from economic distress so intense, social discontents so violent, political confusion so widespread, and hope of the future so shuttered that the historical base of Western civilization … will take a new form in the tyranny we fought to destroy in Germany.