Biden and Macron to Meet in October After AUKUS Submarine Tension 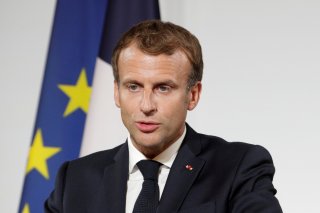 President Joe Biden and his French counterpart, Emmanuel Macron, have agreed to meet next month in order to patch up the dispute created by Washington’s recent announcement of its security pact with Australia.

After a half-hour phone call between the two heads of state, a joint statement issued on Wednesday announced that they would meet at the end of October to discuss issues surrounding the pact.

“The two leaders have decided to open a process of in-depth consultations, aimed at creating the conditions for ensuring confidence and proposing concrete measures toward common objectives,” according to the statement. It also noted that Biden had reaffirmed to Macron that the “strategic importance of French and European engagement in the Indo-Pacific region” would continue.

“The two leaders agreed that the situation would have benefitted from open consultations among allies on matters of strategic interest to France and our European partners,” the statement read. “President Biden conveyed his ongoing commitment in that regard.”

The AUKUS security agreement, which includes the United States, the United Kingdom, and Australia, excluded France and was intentionally kept secret from Macron’s government. It led the Australian Navy to cancel a $36 million contract for a series of new diesel-powered submarines with the French defense contractor Naval Group.

France’s submarine deal with Australia dates back to 2016, but it was canceled without warning on September 15, when the announcement of the AUKUS pact was made. France was quick to condemn the pact; Foreign Minister Jean-Yves Le Drian described the country’s exclusion as “brutal, unilateral and unpredictable” in a statement, and the country quickly recalled its ambassadors from both countries.

In the aftermath of the fallout, American officials took steps to reassure France of its value in the Pacific. The day after the announcement, Secretary of State Antony Blinken said that the United States still intended to cooperate with the countries of the European Union in the Pacific, and specifically described France as a “vital partner” in the area.

In a press briefing, White House Press Secretary Jen Psaki described the Biden-Macron call as “friendly,” and suggesting that efforts to mend the relationship would continue prior to the October meeting.

Other world leaders have been less conciliatory. British prime minister Boris Johnson, another beneficiary of the AUKUS deal, sarcastically urged the French on Tuesday evening to “prenez un [get a] grip.”