Can Turkey Recover from Erdogan’s Reign? 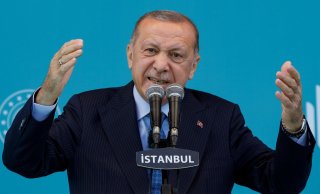 Recep Tayyip Erdoğan has now ruled Turkey for close to two decades. As Turkey nears its centenary, he has become its most consequential ruler since Mustafa Kemal Atatürk, modern Turkey’s founder. For the first decade of Erdoğan’s rule, many Western officials refused to recognize or acknowledge the change in Turkey under Erdoğan’s stewardship. Both Presidents George W. Bush and Barack Obama, for example, praised Turkey’s democracy long after it ceased being one. While President Donald Trump did not confront Erdoğan with consistency, both Secretary of State Mike Pompeo and congressional leaders moved to hold the Turkish president to account. To his credit, President Joe Biden did not approach Erdoğan with the same sycophancy as his predecessors.

Today, most American political leaders recognize Turkey is no ally. Only a few dozen congressional lawmakers are members of the Turkey Caucus whereas just a decade ago, more than 200 did. Whether transactional or ideological, Ankara’s dalliance with Moscow highlights how unreliable Turkey could be as a NATO ally during any future crisis. Both Erdoğan’s support for the Islamic State and Al Qaeda affiliates and reclassification of critics as terrorists demonstrate that Turkey is no ally in the fight against terror, a recognition furthered by the inter-governmental Foreign Action Task Force’s recent decision to put Turkey on its money laundering and terror finance grey list. Nor can realists cite Turkey’s value as a bulwark against Iranian ambitions after Turkey tipped Iran off to Israeli espionage on Iran’s nuclear program.

Erdoğan Is Unpopular. So What?

Turks victimized by Erdoğan, Western-oriented Turks, and many emigres both point out that Erdoğan and Turkey are not synonymous. They note Erdoğan’s increasingly unpopularity inside Turkey. The devaluation of the Turkish lira—80 percent in a decade—is a testament to Erdoğan’s financial mismanagement. While Erdoğan brags about grand infrastructure projects, many of these appear to be transparent attempts to reward cronies with billion-dollar contracts. Even Turks loyal to Erdoğan note the corrosive effects his rule has had on the country. “Istanbul is not the city it once was” is an increasingly common complaint among those once happy to ignore Erdoğan’s religious conservatism in exchange for business-friendly policies. Too many Turks feel suffocated by Erdoğan’s restrictive attitudes and autocratic tendencies. Turks who are more educated and cosmopolitan resent his stupidity and conspiratorialism.

This presents two questions. First, whether such unpopularity might lead to his political downfall and, second, whether Turkey can return to the more moderate, secular path it hewed prior to 2002.

Can Erdogan Lose an Election?

The answer to both these questions is no. To assume that Erdoğan will subordinate himself to electoral accountability is wishful thinking. True, in 2019, an opposition candidate won Istanbul despite Erdoğan ordering a revote on flimsy grounds. While this might give hope that a candidate—perhaps even Istanbul mayor Ekrem İmamoğlu—can unseat the president, however, this assumes that the lesson Erdoğan learned is that he must respect the ballot box. Instead, Erdoğan’s track record suggests he will avoid a repeat by increasing repression before election day and manipulate figures as votes are tabulated. The fact that so few Turks took to the streets—and the center-left Republican People’s Party, the party to which İmamoğlu belongs, barely raised its voice when Erdoğan arrested Peoples’ Democratic Party leader Salettin Demirtaş only encourages Erdoğan.

Turkey also has an unfortunate history of political assassination. Paramilitaries like SADAT may have used snipers to kill Turks during the Reichstag Fire coup. The group now advertises training in assassination. If Erdoğan faces a charismatic opponent, then he might kill two birds with one stone, knocking off his rival while blaming the murder on another, a tactic he perfected in his rivalry with former ally Fethullah Gülen. As election season nears, İmamoğlu could become a dead man walking.

Some Turkey analysts argue that old age and poor health might lead Erdoğan to retire in favor of someone like Hulusi Akar, Turkey’s current defense minister. Should Akar lose the election, then Erdoğan can blame him but be untainted by the stigma of loss. This too is wishful thinking. First, the notion that Akar, who spent much of his career working in or for the West, is an undercover liberal is ridiculous. At best, Akar is an opportunist—one who can never be trusted to stand on principle. To believe he would tilt westward, however, ignores the significant demographic change in Turkey over the past two decades. Simply put, Diyarbakir and Kayseri are better representative of Turkey in 2021 than Istanbul’s European neighborhoods, Bursa, and Bodrum.

Erdoğan is also unlikely to pass the mantle to Akar for another reason. As Turkey’s leader, Erdoğan re-litigated the past in order to imprison retired leaders. Given the number of those imprisoned, abused, or killed by Erdoğan, the most populist move any future leader could make would be to arrest Erdoğan and have him spend his retirement years in Silivri Prison.

Can Turkey Recover from Erdogan?

Many of Turkey’s exiled intellectuals and journalists increasingly sound like their Iranian counterparts who insist that Iran is not the Islamic Republic and insist that positive change is just around the corner. The reality is, however, that those who place their hope in Iranian reformism or believe that forty years of the Islamic Republic have not changed society have become self-parodies. Turkey is no more an “Etch A Sketch” for which a small shake can result in a blank slate than is Iran. Over more than eighteen years, Erdoğan has not only reshaped the entire military to be an engine for Islamism rather than a force to defend laicism, but he has also reshaped schooling. More than 30 million Turks have received their education under Erdoğan. His control over the media has reinforced incitement. Should Erdoğan’s rule end tomorrow, it will take decades of concerted effort—and a completely re-worked if not purged bureaucracy—to work his poison out of the system.

Many Turks cast aside by Erdoğan now look at the pre-2001-era as the golden age. They counsel caution inside Washington to avoid burning bridges with Turks who consider Erdoğan a blight. Fair enough. But there is a difference between recognizing that Erdoğan is not Turkey and denying that he has reshaped the country into something that will never again be a partner like it once was. Greeks, Armenians, Arabs, Kurds, and others want nothing more than Turkey to be a normal country, as peace with itself and its neighbors. To achieve that will take much more than the wishful thinking of exiles and former ambassadors, however; rather, should cancer claim Erdoğan tomorrow, Turkey would still face a long, hard slog back to normality, one which will be measured not in months but in decades.