Can UNESCO End the Nagorno-Karabakh Conflict? 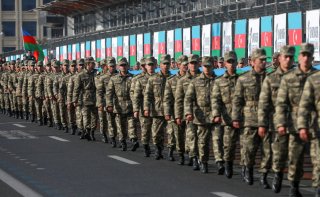 During their trilateral session, Pashinyan and Aliyev agreed that they would “reopen a rail link” between Armenia and Azerbaijan. The two countries also stated that they would collaborate on “border demarcation” to ease tensions.

Pashinyan and Aliyev then met privately during the Eastern Partnership Summit. This was their first one-on-one meeting since 2020. While their session appeared to be constructive, they did not reach a peace agreement on the Nagorno-Karabakh conflict.

The situation remains tense, and unfortunately for the people of Armenia and Azerbaijan, nothing appears to be working. The ongoing conflict, which began in 1988, has led to over 6,000 deaths. Numerous ceasefires have been implemented and broken. The West has provided humanitarian assistance, but this has not helped resolve the crisis. Finally, Russia and Turkey helped broker a new ceasefire with Armenia and Azerbaijan in 2020, but this agreement was violated when new skirmishes emerged in 2021.

Western, Russian, and Turkish efforts have not resolved the conflict, but they have not been for naught. The European Union has provided over €17 million in humanitarian assistance, the United States has provided tens of millions of dollars in aid, and Turkey has sent observers to the conflict area. The Russians, meanwhile, deployed peacekeeping forces to the region. Despite their efforts, however, the fighting between Armenia and Azerbaijan continues.

Given these results, Armenia and Azerbaijan took a new approach. In the autumn of 2021, these two countries filed proceedings against one another before the International Court of Justice (ICJ). In their statements, Armenia accused the Azerbaijanis of “conducting violence and hatred against ethnic Armenians,” while the Azerbaijanis stated that the Armenians were guilty of “ethnic cleansing.” But they will be left unsatisfied. While the ICJ will examine both cases, it will likely “take years” before the international body reaches a decision on the matter.

At this rate, it seems that all the options have been exhausted. The international community has not done enough to try and resolve the conflict, numerous ceasefires have been violated, and the conflict continues without end. But not all is lost.

In December 2020, the United Nations Educational, Scientific, and Cultural Organization (UNESCO) proposed that it would “carry out an independent mission” to Nagorno-Karabakh. The announcement was welcomed by the Minsk Group, a body established by the Organization for the Security and Cooperation in Europe that seeks to find a peaceful solution to the ongoing conflict. In its statement, UNESCO shared that it would examine the “cultural properties in and around Nagorno-Karabakh.” While it took some time, Armenia and Azerbaijan finally agreed to the proposal, and UNESCO will now prepare its mission.

Based on the international community’s previous track record on the Nagorno-Karabakh conflict, how might UNESCO’s involvement resolve the conflict? How will the United Nations assist in these efforts?

Unlike the hard power tactics used by Turkey and Russia, where they sent observers and peacekeeping forces to the region, UNESCO would take a soft power approach. The international organization aims to “promote world peace and security through international cooperation in education, arts, sciences, and culture.” The organization has previously conducted successful missions addressing conflicts and post-conflict reconstruction in places such as Bosnia and Herzegovina.

Like Armenia and Azerbaijan, the Balkan state underwent a series of hardships. During the breakup of Yugoslavia and the Yugoslav Wars, hundreds of thousands of citizens were killed. Bosnia was one of the countries impacted by the conflict, and many citizens were displaced. The damages caused by the conflict were estimated to cost billions. But UNESCO was able to help rebuild this state. The international organization helped implement a revitalization and recovery action plan which outlined 1,353 different projects in Sarajevo. These efforts ranged from city reconstruction and business growth to urban development and economic recovery. More than twenty years later, Sarajevo has become a “vibrant city with a high level of public security.” The city is still in a postwar recovery phase. Its citizens, however, have started to integrate with one another, showing that while reconciliation is a sensitive and lengthy process, it is achievable.

Based on this example, UNESCO may be able to replicate similar success in the Nagorno-Karabakh region. The UN will also provide other forms of assistance. Recently, the UN announced the “2021 Interagency Response Plan for Armenia,” where the organization would send $62.6 million in financial aid to support those affected by the Nagorno-Karabakh conflict. This initiative will provide “cash, food, psychosocial support, and shelter services” to those in need. It is expected that the assistance will reach “90,000 spontaneous arrivals from Nagorno-Karabakh and 18,000 host community members.” In other words, if the program is implemented properly, this will enhance the lives of many Armenians and Azerbaijanis, and it could pave a way toward an end to the conflict.

Overall, the people of Armenia and Azerbaijan are tired. Their countries have been involved in a conflict that does not appear to have an end, and several international efforts have been unsuccessful. Examining the current situation from a different perspective, however, may lead to a better outcome. By taking a different approach to the crisis, and by utilizing the humanitarian assistance at hand, UNESCO may be the final solution required in ending the Nagorno-Karabakh conflict. Time will tell.