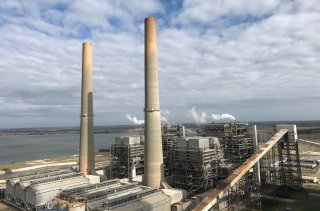 In the 1920s, the world population was growing at a rapid rate; however, food production lagged badly behind because it relied on animal and human waste for fertilization. Since waste could not be significantly increased, experts predicted worldwide famine. Fritz Haber is credited with having saved the lives of billions by finding a way to take nitrogen out of the air and use it to make chemical fertilizers. Today, climatologists need another Haber, but for carbon, not fertilizer. To address climate change, governments must heavily invest in solutions that capture carbon from the air, but on a much larger scale and at a much lower cost than what has been done so far.

The main reason to grant special priority to carbon conversion is not technical but psycho-political. Most other measures that climatologists recommend require people to change lifelong habits, such as their house temperature, their driving and flying habits, their favorite foods, and their useable assets in favor of more environmentally-friendly ones (e.g., abandoning their gas-consuming cars for electric vehicles). For industries, it entails major outlays, which they often resist.

Moreover, climatologists can’t promise that people’s homes will not be flooded or burned down and that cities will not run out of water if all their recommended measures are fully implemented. At best, our circumstances will not get much worse! Not only that but the benefits will accrue mainly to people in general, rather than directly to those who’ve sacrificed as well as future generations. It's also a mistake to take for granted that other nations will do their share. In short, climate change is much more altruistic than donning masks and being vaccinated, and even these measures face much opposition.

True, polls show considerable support for climate-improving measures, and some segments of the public feel so strongly about them that they even vote accordingly. However, this support is before most measures have been introduced. When carbon pricing has led to even small increases in the cost of gas, resistance has been overwhelming. Politicians have promised many improvements, such as phasing out coal but tend not to follow through. Other nations are bringing back coal as gas prices rise. Moreover, there are signs of a swelling anti-green backlash, as the advocates of pro-climate measures—scientists, elites, governments, and liberals—are the favorite targets of right-wing parties.

Carbon capture has a much more attractive psycho-political profile than other climate-improving measures. It does not require individuals and industries to change. Even better, it could yield significant, visible benefits within a relatively short period of time. It’s a real game-changer.

True, other measures will still be needed (otherwise people will just emit carbon freely on the assumption that carbon capture can be extended, disregarding that it has some costs of its own). However, only carbon capture (or, better yet, carbon capture and conversion to other products, such as cement and carbon fiber) seems to have the potential for true and sustainable public support.

There are now several small-scale, expensive carbon capture efforts underway. To scale those up the U.S. government should grant carbon capture a major research and development (R&D) priority by allocating 25 percent of the $250 billion Innovation and Competition Act of 2021 to this technology. The DARPA model, the Department of Defense agency that has proven capable of identifying and nurturing highly innovative research and development, should be adopted for a major R&D drive for carbon capture and conversion. The United States should make collaboration on this project a major item on the agenda of the forthcoming climate summit. Only a measure such as large-scale carbon capture can reduce the pain of climate improvement to a level democracies can tolerate.