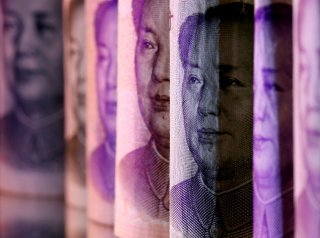 The March 12 virtual Quad summit and in-person visit by Secretary of State Antony Blinken and Secretary of Defense Lloyd Austin to Tokyo and Seoul as their first foreign travel have highlighted the question of how liberal market economies can align themselves to deal with the global challenge of China’s “authoritarian capitalism,” as some call the current Chinese system.  Although China is no longer a socialist market economy, nor is it private sector-led.  The problem is that China does not fit comfortably within the General Agreement on Tariffs and Trade and World Trade Organization-organized international trading system and does not seem constrained by its rules and norms.

Trade and investment have always been and remain subject to sharp-elbowed competition. Nevertheless, the accretion of post–World War II trade agreements and norms have kept impulses to weaponize trade under control and have provided systems for dispute settlement, enabling trade to flourish. However, China’s state-owned enterprises and management of its economy, intellectual property theft and espionage, and use of economic leverage to punish countries with which it has policy disagreements lie well outside the “spirit of the rules.”  The United States, European Union, South Korea, Japan, and others (essentially the Organisation for Economic Co-operation and Development countries) are engaged in a yachting competition; the Chinese have arrived in a pirate ship. How should the rules-following countries deal with that?

First, is China really so different?  The “China Model” defies easy categorization. Some scholars contend that it is something new under the sun, others say that it is simply a variation of the mixed economy system that exists in all contemporary nations.  All governments play a role in their economies.  All advanced economies treat some companies as national champions. The United States has Boeing and Microsoft; Germany, Siemens; France, Renault; South Korea, Samsung. Is Huawei any different?

The governments of liberal market economies generally do not engage in any commercial activity of their own. Among market economies, it is considered troubling when the line between governments and companies blur. For that reason, even countries that have state companies, such as Norway’s Statoil, have strict rules intended to keep the government from interfering in Statoil’s business decisions, and vice versa.  Government procurement and subsidies designed to promote public policy objectives (such as sustainable energy) have effects on international trade but even they have been subject to a modicum of international rules and norms.

But, in China, the government plays a large role in organizing economic activity, even regarding non-state-owned companies, and considers its private sector as an instrument of state power.  There is little doubt that Chinese companies respond to Chinese government signals in ways the companies in market economies do not. The cessation of Chinese tour companies organizing visits to South Korea clearly was ordered by the government. The decision to require auto manufacturers in China to use Chinese-produced rather than Korean batteries was not a market-based decision but it was obviously non-transparent government “guidance.”

U.S. companies adhere to regulations, and sometimes even invite them, to keep a level playing field with competitors and to deal with liability issues, but they probably would respond to U.S. government attempts to informally interfere in their operations by taking the agencies to court for acting outside of their legislative and regulatory frameworks.

One response to China might be for the U.S. government to assume the power to instruct U.S. companies whether they can buy Chinese inputs or products. There have been modest steps in that direction in U.S. efforts to restrict Huawei and Tik Tok. However, in a tit-for-tat exchange, the U.S. government will never be able to match the Chinese government’s ability to direct its private sector. Nor should it want to.  Curtailing economic freedom may give China temporary, political advantages but is unlikely to allow it to match the creativity and long-term efficiency of market economies, and in any case, is still a curtailment of freedom.

An “economic alliance” is an oxymoron when discussing the like-minded market economies of the Organisation for Economic Co-operation and Development. Security alliances, in the military sense, make sense among democratic countries because their military establishments are wholly under state direction—or they had better be. The Organisation for Economic Co-operation and Development countries should not seek to direct their national economies in a coordinated way within an economic alliance because their commercial activities are not under state direction—or had better not be.

This is not the first time that market economies have had to contend with countries that considered their economies as an extension of the state.  From 1949 to 1991, the Soviet Union-led Council for Mutual Economic Assistance was the competitor to the Organization for European Economic Cooperation, which later became the Organization for Economic Cooperation and Development. The lesson to be drawn from that competition is not that mutually exclusive systems are the way forward, but rather that a collective approach among the market economies is the best way to ensure that they can deal successfully with an economic competitor cum adversary without abandoning their economic principles.

A successful approach towards China’s national economic tactics must be first, coordinated, and second, asymmetric.

The approach must be coordinated because China can apply economic pressure on individual countries more effectively than it can on a group of countries that act in concert. If China applies economic pressure on one country, then it should be met with a collective response. This may not eliminate China’s ability to inflict economic damage on a single country, but China may be better deterred if it knows that it will trigger a multilateral reaction.

Also, the approach must be asymmetric because equivalent, targeted retaliation against Chinese companies or sectors is unlikely to seriously harm them if they have state support.  On the other side, Chinese actions against a market-economy company or sector can put them out of business for good. The WTO sanctions economic retaliation for rules violations but applying those against China simply will not have the same effect as they would against a fellow market-based economy. Finding more effective pressure points on China would be a good project for discussion among the market economies.

So, given the structural inability of market economies to create an economic alliance akin to a military alliance, what are they to do?  They are not helpless.  Three projects come to mind for countries who seek to work together: (1) as mentioned above, coordination to deal with Chinese pressure on any one of them; (2) an intelligence-sharing agreement to allow them to compare notes on what they are observing in the digital and high-tech realms; and (3) joint investment in technological projects that are beyond the means of their private sectors, such as the design of a new form of semiconductor.

The point is that dealing with China should not be done by acting like China, as least in the economic sphere.  Crafting an “economic alliance” should not be thought of as creating an equally weighted, similarly-armed, counterbalance to China, but rather as creating a deep, ongoing, frank, and innovative discussion among countries that wish to preserve economic freedom of choice for their private sectors.

Mark Tokola is vice president of the Korea Economic Institute of America. He is a veteran of the U.S. Foreign Service. The views expressed here are his own.