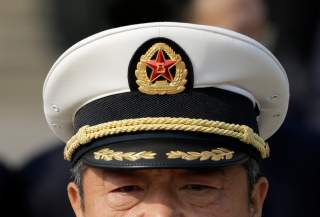 Mao Zedong famously said China would build nuclear submarines even if it took ten thousand years. It has required several decades, but new vitality is evident in this critical program for Beijing’s blue water aspirations.

China’s navy, long the butt of jokes among Western defense professionals, is grudgingly earning respect. When it looked like China might put to sea in 1950 under the new regime in Beijing, the whole ambitious project was suddenly shelved due to the Korean War. Nor did the Cultural Revolution serve the People’s Liberation Army (PLA) Navy well since much-needed technical expertise was undermined in favor of ideological purity. Even after China began to take defense tasks more seriously again in the mid-1990s, strategic imperatives in the “near seas [近海]” meant a priority on fast boats, diesel submarines, and shore-based missiles—hardly the blue water capabilities of the world’s leading navies.

Yet now investments in “far seas [远海]” capabilities are yielding genuine results. The last decade has been very good to Beijing’s blossoming surface fleet, and the Middle Kingdom currently wields very formidable frigate and destroyer forces that have been deployed to strategic effect in sea areas as distant as the Black and Baltic Seas. Moreover, it appears that China is in the aircraft carrier business for the long haul. The progress in that particularly complex domain of naval warfare has been nothing short of remarkable. Nevertheless, it remains unclear if Beijing can fully master what still remains the “crown jewel” of the world’s most potent fleets: the nuclear attack submarine or SSN.

While Chinese nuclear submarine programs (both SSN and SSBN) generally remain shrouded in mystery, some tantalizing hints regarding the PLA Navy’s on-going SSN program were offered in a special issue of the December 2018 edition of Naval and Merchant Ships [舰船知识]. One article in that volume argues that SSNs will be crucial to defending China’s interests in areas beyond 500 kilometers from the mainland, including in domains proximate to Belt and Road projects.

Nuclear attack submarines will help the PLA Navy to “build a mighty intelligence, surveillance and strike capability.” Thus, Chinese SSNs will be employed to “destroy enemies entering and operating in areas to launch attacks against our country [破坏敌方进入和利用任务区域对我国发起攻击].” That would involve both “seizing local . . . sea control [获得局部…制海权],” as well as “projecting force against land areas [向陆地投送力量].” One method of employment that is discussed includes the “stealthy approach to enemy ports . . . [隐蔽接近敌方港口].”

This analysis broaches the issue of the Taiwan scenario several times, and also repeatedly describes China’s strategic challenge in terms of “anti-intervention [反介入].” The author concludes that such strategic requirements imply that Beijing should be looking to build 1.5-2 SSNs per year at an approximate cost of $600–$800 million per boat.

Another article in this interesting collection traces the long evolution of the PLA Navy’s second generation nuclear attack submarine, the Type 093. The most significant “revelation” from this discussion concerns a supposedly new refinement of the design, now to include a Type 093D. That interesting claim comes complete with several pages of photo analysis and related graphics (unfortunately not available online yet). While this article comes with the now standard caveats that it was crafted from “open sources [公开资科]” and does not represent the magazine’s editorial opinion, American strategists should be more than a little interested in this boat given the importance of the undersea balance to future regional and global maritime security.

The first iteration of the Type 093 dates all the way back to 2005. This article relates how Chinese observers were quite “disappointed” by the new Chinese submarine’s appearance since it did not seem to adopt modern design features from other advanced SSN-wielding countries like the United States and the United Kingdom. This first 093 appeared to be “basically similar [基本相同]” to its problem-plagued, noisy predecessor, the Type 091.

That this design had major teething problems is strongly suggested since the next refinement in the design, labeled here as Type 093A, was only first identified more than a decade later in June 2016, as this new Chinese SSN transited the Malacca Strait to enter the Indian Ocean. Among the most visible of the changes in this design was the flaring of the sail’s connection to the hull and a more hydrodynamic design similar to changes made in U.S. Navy and other modern SSN designs. According to this analysis, the late advent of Type 093A implies that the capabilities of the original Type 093 “did not satisfy the Navy [末让海军满意].”

Yet another design modification surfaced in June 2018, according to this article, and this design, labeled as 093B, had very substantial differences from the 2016 version. First, the “sail was lengthened by roughly 25% [围壳长度增加约25%].” Then, there was also the apparent addition of a sizable “turtle-like protrusion or hump [龟背]” immediately behind the sail, as well. Much speculation has attempted to explain this protrusion, with a leading theory that the protrusion held a vertical launching system (VLS) for land-attack cruise missiles. But also noteworthy in this design was the rounding of the dorsal rudder and the addition of a towed array. In this way, type 093B “became the first indigenous nuclear attack submarine to have this kind of sonar.” Together with the extensive flank arrays, “the sonar sensing capabilities also achieved a huge increase [声纳探测能力也得到了巨大的提升].”

Yet for all the speculation regarding the meaning of the 093B’s hump, the discussion seems to have been a bit premature. The so-called 093C, which according to this essay had a run-in with Japan’s navy in January 2018, has a rather smaller protrusion aft of the sail. The Type 093D was labeled in this analysis as the most recent refinement and was unveiled during the South China Sea parade back about a year ago.

The author notes that some have actually called this submarine a Type 095, but this late 2018 Naval and Merchant Ships analysis rejects that view. Here, the author demonstrates that the noteworthy “hump back has practically disappeared [‘龟背’几乎消失]” in a photograph of the Type 093D. The author of this analysis, however, cautions that the protrusion did not hold VLS since it was rather too small, but likely was related to the towed array system. In the end, it is emphasized that the PLA Navy still confronts “an enormous gap in its submarine force [潜艇兵力缺口很大].” For the time being, therefore, it is maintained in this particular piece that China’s SSNs will be dedicated to escorting both SSBNs and also aircraft carrier groups, rather than undertaking direct attack missions.

The experiments and tribulations described above may afford a respite to American strategists grappling with China’s rapid advance on all fronts. Yet, caution is warranted here as well. Given contemporary China’s notable prowess in shipbuilding, it is fair to assume that once Beijing does finally alight on an SSN design that it feels is truly capable, we will see many of these boats in short order and with good quality and efficiency to boot.

The contrast with the Soviet submarine “sprint” development model from the Cold War of all-out production that evidently cut way too many corners is already evident. Instead, as this article describes, the PLA Navy in building undersea prowess is rather more modestly seeking “to run fast with small steps [小步快跑].” Still, the first article discussed in this volume explicitly notes that Chinese SSNs will be very useful for “attacking … the Guam base and such critical nodes [打击…关岛基地等关键节点].” This threat can hardly be dismissed given the spiraling calamity that regrettably constitutes contemporary U.S.-China relations.