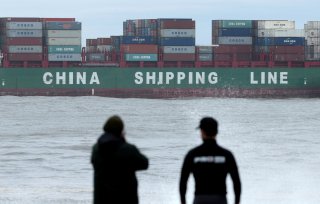 In their groundbreaking “Dialectic of Enlightenment” (1944), Max Horkheimer and Theodor Adorno meticulously analyzed how the best intentions of modernity have descended into the horrors of the twentieth century. While the Enlightenment project is “understood in the widest sense as the advance of thought,” which is “aimed at liberating human beings from fear and installing them as masters,” they explain, “the wholly enlightened earth is radiant with triumphant calamity.”

A similar theme runs through the works of other intellectual luminaries of the time, from Karl Popper’s The Open Society and Its Enemies (1945) to Georg Lukacs’s The Destruction of Reason (1952), which placed these monstrous perversions of Fascism and Stalinism as a symptom of totalistic understanding of truth, namely the idea that fallible men could politically superimpose a contrived utopia on complex human societies.

In many ways, the globalization project is the manifestation of a similar form of totalistic understanding, whereby the compression of time and space through advanced technology and economic interdependence would supposedly guarantee the greatest possible peace and prosperity on earth. Though the West, particularly the United States, served as the torchbearer of globalization in the twentieth century, China has emerged as its latest and most enthusiastic advocate. Through the trillion-dollar Belt and Road Initiative (BRI), Communist China has sought to present itself as the vanguard of globalization, albeit with new characteristics.

But the ongoing global crisis due to the China-originated pandemic is a forestate of the inherent risks of greater integration under Beijing’s umbrella. Instead of an optimally integrated global economy, anchored by Chinese technology and infrastructure, the world is facing “One Road, One Plague” phenomenon, which underscores how Beijing’s systematic deficiencies could easily spread across beneficiaries and beyond. With greater integration into a Sino-centric global order, the world will also be more vulnerable to systematic deficiencies, if not pathological patterns of governance, in the Chinese political system. Thus, much-needed reforms in the BRI project’s external implementation should go hand in hand with internal reforms in Beijing.

Xi Must Be Obeyed

Speaking at the 2017 Belt and Road Forum for International Cooperation in Beijing, Chinese President Xi Jinping triumphantly declared, “[W]e should build the Belt and Road into a road connecting different civilizations.” The following year, during a high-profile speech before leading scientists and engineers in Hainan, the Chinese leader went so far declaring: “[W]e do not need to chase [after other countries]—we are the road.”

To be fair, the BRI is far from a monolithic national project. Studies have shown that its origins were actually private-sector driven (think of Hewlett-Packard) and accelerated by entrepreneurial local government units. Soon, other local governments in eastern and coastal regions of China joined in, seeking to take advantage of expanding infrastructure connectivity across the Eurasian landmass. The communist regime in Beijing simply hitched its wagon to the private-sector and local government-driven infrastructure projects.

Despite its eventual consolidation as a Chinese national blueprint, the BRI mega-infrastructure development project has been messy, fluid and uncertain both in its conception as well as policy direction, not too dissimilar from the unruly U.S. transcontinental railways project in the nineteenth century. Far from just serving as an overarching ‘imperialist’ project, careful analysis shows that it’s more self-protective in nature, primarily driven by anxieties over the security of China’s vital and expanding communication lines across the world.

Above all, the BRI is multidimensional, marking the convergence of multiple forces and interests, from facilitating China’s long-term plans of developing landlocked hinterlands and underdeveloped region to outsourcing internal productive glut and infrastructure overcapacity amid a slowdown in global demand for its exports, and assisting and promoting troubled State-Owned Enterprises (SOEs), which employ tens of millions of workers, through the provision of lucrative projects overseas.

Not to mention, globalizing China’s technological standards, developing trading partners’ basic infrastructure to enhance their trade absorption capacity with China, and enhancing access to rare commodities across the developing world—factors that are crucial to the country’s long-term economic development. In short, the BRI is arguably much more about addressing domestic economic imbalances, upgrading national champions, and internationalizing Chinese techno-industrial standards to escape the much-dreaded “middle income trap” than a clear-cut, aggressive project of world domination.

One Road, One Plague

Recent years have also shown Beijing’s willingness to make adjustments in its global strategy, underscoring the dialectical nature of its foreign policymaking. Heir to both ancient political strategic and Marxist-Leninist ideology, the leadership in Beijing continues to think in dialectical terms, taking into consideration the correlation of forces and overall balance of power in the international system in crafting its global strategy.

Encouragingly, China has shown a degree of sensitivity to global feedback, from its (partial) concessions in the decisionmaking layout of the Asian Infrastructure Investment Bank (AIIB), foregoing absolute veto powers, to greater focus on debt and environmental sustainability in the BRI projects. As a result, we no longer speak of the AIIB as a direct rival to existing International Financial Institutions (IFIs), while a growing number of experts are touting the birth of “BRI 2.0” following Beijing’s admission of imbalances and deficiencies in its recent infrastructure projects overseas.

During last year’s BRI summit, the Chinese president emphasized “high quality” growth, good governance, and the need “to protect the common home we live in.”

Nonetheless, the Chinese vision of globalization has been hounded by countless risks and challenges. Last year, Malaysian prime minister Mahathir Mohamad told me how even middle-income countries are susceptible to debt trap, since “[If] [w]e borrow huge sums of money, if you cannot pay money, you'll become under the influence or the direction of the lender... If you cannot pay your debt, you find yourself subservient to the lender.”

Aside from the more extreme cases of Malaysia, Sri Lanka and Pakistan, the vast majority of countries, however, deal with another kind of dilemma. There is the risk of “China chimera,” namely the yawning gap between China’s rhetorical promises of large-scale investments and the reality of its minimal, substandard investments. (It remains to be seen how the so-called “BRI 2.0” addresses this.)

This allows China to get maximum geopolitical bang out of its largely imaginary buck, allowing the Asian powerhouse to extract huge geopolitical concessions by overawing supposed beneficiaries with large-scale offers of technology and capital. Not to mention, co-opting authoritarian and/or corrupt clients in the developing world as well as leveraging increasingly asymmetrical trade relations between Beijing and its neighbors.

As a Turkish expert shared during a BRI conference in 2018, one big concern of China’s trading partners is the “One Road, One Way” phenomenon, whereby the upshot is ever-larger importation of Chinese products without corresponding increase in the productive capacity of partner nations. As the recent China-originated pandemic shows, however, the challenges and risks ahead are far greater.

The coronavirus pandemic, which has hit countries across the ancient Silk Road hardest, has revealed a new layer of risks in China’s BRI project. As Minxin Pei explains, the coronavirus pandemic is, in many ways, a symptom of a governance deficit in Beijing’s increasingly authoritarian system, where “pathological secrecy hobbles the authorities’ capacity to respond quickly to epidemics.”

China’s systematic cover-up during the crucial phase of the crisis as well as its unwillingness to be transparent about the origins of the pandemic doesn’t bode well for its BRI vision, which has already been hobbled by a fundamental lack of transparency. The threat we confront is beyond just “debt trap,” but instead proliferation of corrosive practices and deleterious results of authoritarian patterns of governance with potentially disastrous consequences.

Thus, the future of China’s globalization vision will be determined not only by the BRI’s evolving structure and actual implementation overseas, but also domestic patterns of decision-making. How China responds to the current crisis will tell us a lot about how it will shape the next wave of globalization.

Richard Heydarian is an Asia-based academic and author of, among others, The Indo-Pacific: Trump, China, and the New Struggle for Global Mastery.