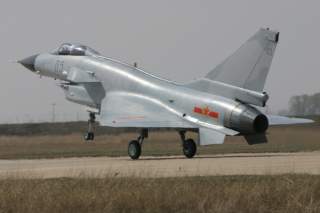 "We were not isolated in the past, we are not isolated and we will not be isolated," Chinese Admiral Sun Jianguo, deputy chief of general staff of the People's Liberation Army, exclaimed during the recently-concluded Shangri-La Dialogue in Singapore. It was a direct riposte to U.S. Secretary of Defense Ash Carter’s earlier speech at the same event, where he warned China against “self-isolation” due to its aggressive maneuvers in adjacent waters. Not short of bravado, the Chinese admiral went so far as stating Beijing does not "make or fear trouble" against the "provocations of certain countries for their own selfish interests." The speech coincided with reports of China’s back-to-back (unsafe) interception of American surveillance missions in the South China Sea.

Four centuries after the publication of British jurist John Selden’s "The Closed Sea," which argued for exclusive sovereign control of international waters, China is inching closer to transforming the South China Sea—the world’s most important waterway, which handles up to a third of global maritime commerce, four times as much energy transport as the Suez canal, and more than a tenth of global fisheries stock—into a virtual domestic lake. China’s control of the Paracel chain of islands is a fait accompli, while the Pratas chain of islands are under the administration of what Beijing considers as a renegade province, Taiwan, which will be eventually reincorporated into a Greater China. In the last two years or so, China has reclaimed 3200 acres (1,295 hectares) of land to build gigantic artificial islands in Spratly chain of islands, giving birth to a sprawling network of civilian and military installations across the disputed waters. Soon, China may be in a position to establish an “exclusion zone” in the area, imperiling freedom of overflight and navigation for regional and external military forces in the area.

Standing next to a top Vietnamese defense official, Deputy Minister of Defense Nguyen Chi Vinh, he warned that “some countries are expanding their invasion of the South China Sea”—most likely in reference to allegations that Vietnam has also engaged in, albeit on a far smaller scale, its own reclamation activities in the area in recent years. Admiral Sun, however, reserved his most pugnacious rhetoric for one Southeast Asian country, the Philippines, which has dared to take its giant neighbor to international court over the maritime disputes.

Starting off on a relatively conciliatory note, where he proudly enumerated China’s numerous contributions to global security and development, the Chinese admiral suddenly shifted to a high-pitch, lambasting Manila for supposedly breaching bilateral agreements with China and denying its rights in the disputed waters. He warned the Philippines and other likeminded countries that “Chinese people believe in truth, not heresy” and that “belligerence doesn’t make peace”. Quite astonishingly, he accused the Philippines of becoming “the first country to invade the South China Sea”, recounting how he internalized this humiliating event during his younger years as a serviceman.

Admiral Sung was also adamant that from the perspective of (Chinese) history, the South China Sea belongs to Beijing. And that this is a self-evident truth. It was a speech that was both disconcerting and surreal, especially when one takes a close look at actual realities on the ground. The sheer scale, speech and technological sophistication of China’s reclamation activities, the ever-larger deployment of Chinese fishermen-cum-militia forces, the augmentation of Chinese submarine and naval presence in the area, not to mention an uptick in Chinese aerial interception of foreign reconnaissance aircrafts in the South China Sea – they all underscore Beijing’s intent on dominating what it describes as its blue “national soil”.

"The Sea, by the Law of Nature or Nations, is not common to all men, but capable of private Dominion or proprietie as well as the Land," Selden wrote in the The Closed Sea (Mare clausum) in 1635. It was a direct rebuttal of Dutch Jurist Hugo Grotius’ influential book, The Free Sea (Mare Liberum), which served as the foundation of modern international law, particularly the United Nations Convention on the Law of the Sea (UNCLOS). For Grotius, high seas are global commons that, by their very nature, should be accessible to the entire humankind on a non-exclusive basis.

Over the next two centuries, America introduced the Monroe Doctrine as a justification for domination of the Americas, to be followed by Alfred Thayer Mahan’s call for American domination of adjacent waters, beginning with the Caribbean. America’s quest for naval domination would extend, over the next decades, across much of the Pacific Ocean, culminating in the occupation of the Spanish-controlled Philippines during the twilight years of the nineteenth century.

Over the past seven decades, however, America has served as a largely benign naval behemoth, serving as the anchor of the regional liberal order, which has undergirded a robust free-trade regime that has lifted one Asian country after the other, including former adversaries like China, from the depths of poverty to the heights of unprecedented wealth. But all of this could change, thanks to China’s embrace of Seldenean notion of ‘Closed Sea’ and Mahanian doctrine of dominating adjacent waters. No less than the South and East China Sea have, as I argue in my latest book, turned into “Asia’s new battlefield” for domination.

One Southeast Asian country, however, has taken up the cudgels for international law and the protection of global commons. Through its historic arbitration case, which is expected to finalize in coming weeks, the Philippines hopes to leverage the UNCLOS to not only protect its sovereign rights, but also question the validity of China’s expansive claims, which are based on dubious historical arguments.

Over the past year, a growing number of countries have come to support the Philippines’ arbitration case. All the members of the Group of Seven (G7) industrialized powers, Australia, and almost all relevant players in the region have openly or indirectly expressed their support.

In fact, Indonesia and Vietnam, which are observers at the Philippine-initiated arbitration proceedings, have even gone so far as threatening a similar action against China, which has stepped up its fishing activities and paramilitary patrols far into Vietnamese, Malaysian and Indonesian waters. A panicked China has lashed out at the arbitration proceedings and in a comically desperate fashion has sought to undermine the legitimacy of the arbitration body by setting up its own international courts and rallying up to forty countries, mostly poor and many landlocked, to question the Philippines’ arbitration maneuver.

But the election of Rodrigo Duterte, a tough-talking provincial mayor, as the Philippines’ new president could inject some uncertainty into the picture. A self-confessed “socialist”, known for his long-established ties with leftist-Communist groups in the Philippines, incoming President Duterte has openly called for direct engagement with China and, if conditions permit, expressed his willingness to negotiate a joint development agreement in disputed waters. For him, what matters more is reviving long-frayed bilateral ties and welcoming more Chinese investments in the country.

Meanwhile, he has openly cast doubt on the utility of the Philippines’ arbitration case as well as the existing security alliance with the United States. Though it is unlikely that Duterte, who is relying on the advice of seasoned former military officials on matters of national defense, will downgrade Manila’s alliance with Washington or drop the arbitration case, it is not clear whether he will fully leverage the likely favorable outcome of the arbitration case against Beijing. A Duterte administration may mean improved bilateral relations with China, but at what cost? Reopening communication channels with China may lead to demands for certain Filipino concessions on the arbitration case as well as security agreements with allied nations. One thing though is for sure: While America and its allies scramble for unity on the South China Sea issue, China is gradually turning the South China into an extension of its continental territory.