The Chinese Century? An Early Appraisal. 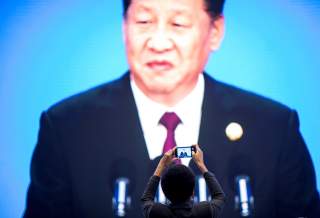 The reviews are in. At the midpoint of the Trump administration, analysts from a range of political persuasions are lamenting the erosion of U.S. power in Asia and the way in which China has been able to fill the void. Concerns have only grown with President Donald Trump’s decision to skip the two major summit meetings of Asian leaders—the East Asia Summit and the Asia Pacific Economic Cooperation Summit, both of which are taking place this week. Some have noted that Trump is “making China great again” by walking away from America’s historic commitments to upholding regional order and promoting free trade. Others have said that the president’s willingness to question and even undermine traditional alliances opens a door that China is eagerly walking through. If the history of this century is to be written in Asia, it appears that the United States is leaving the field and China is on its way to victory.

(This is the first article of a two-part series, the second one can be read here.)

These expressions of concern are certainly understandable. The United States has been the dominant economic, military, and diplomatic power in Asia for seven decades. That predominance helped build a regional order that allowed Asian countries to rebuild after the devastation of war and, in particular, enabled the rise of China. Now, precisely at the moment that China appears to have entered a new, more assertive phase, Donald Trump seems to be systematically dismantling the pillars of American power in Asia. He questions the value of longstanding U.S. alliances in the region, wants to remove America’s forward military presence in Asia, and has walked away from the commitment to free trade that made the United States the indispensable market for Asia. It’s enough to give anyone pause about the future of America in Asia.

The problem with much of the analysis is that, while it quite correctly points out the weaknesses of the current U.S. approach, it tends to assume that China will seamlessly fill the void created by American missteps. China has clearly set about energetically seeking to enhance its position in Asia, but the task has not been easy. China has shown imagination and ambition in its approach to foreign policy, but it has also overreached, provoking a backlash in local communities and governments, and prompting intense efforts at balancing by regional competitors. When one looks at specific Chinese policy objectives, the record of outcomes is decidedly mixed. An analysis that counts only American weaknesses and Chinese strengths will lead to flawed conclusions. A better, more honest, and realistic accounting must take into account the strengths and weaknesses of both sides. Only by doing this can the United States and its allies understand what options they have going forward.

There are many key questions to consider. How much progress has China made in supplanting America in Asia? How does that manifest in areas of power and influence? Have Chinese-led economic arrangements overshadowed U.S.-led ones? Has China been able to weaken U.S. alliances? Has Sino-centric multilateralism started to edge out U.S.-led institutions? The answer that emerges is that China has been pushing on several critical fronts, but that its successes—even granting that a decades-long process of competition is still at a very early stage—have been partial, reversible, and characterized by strong countervailing reactions.

Arriving at such a judgment, however, demands assessing the state of Sino-American competition across multiple sectors, including trade and economics, diplomacy and alliances, the military balance, and ideological competition. While that is not a comprehensive list, it should provide a useful starting place for a more comprehensive assessment of how the United States and China are doing in Asia.

In this article, we look at the first two and, in a subsequent piece, we discuss the latter two. The results are clear: Despite considerable uncertainty about U.S. intentions and staying power, the region has sought to balance against China and to maintain alternatives to Sino-centric arrangements. If the United States were to regain its focus and leverage its longstanding strengths, the galvanizing effect on trends already at play in the region would be profound.

The most significant decision the Trump administration made concerning Asia took place on the third full day of the new president’s term. The decision to withdraw from the Trans-Pacific Partnership (TPP) sent a shockwave throughout the region. It effectively sent notice that the United States—which had built the postwar scaffolding of free trade and open markets that enabled the construction of the Asian economic miracle—was walking away from its historic commitments. There was a new slogan, “America First,” and ominous portents that the United States was going to get tough on countries, allies and adversaries alike, with whom it had trade deficits.

China did indeed appear poised to take advantage. The one trillion-dollar (by Beijing’s accounting) Belt and Road Initiative (BRI) had already been identified as Chinese President Xi Jinping’s signature program and had captured imaginations across Asia. The Regional Comprehensive and Economic Partnership (RCEP), Beijing’s proposed trade agreement spanning Southeast Asia and the Asia-Pacific region, appeared to be the only game left in the region. Moreover, RCEP was seen an answer for anxious Asian elites who desperately wanted to see forward momentum on trade.

However, a funny thing happened on the way to Chinese economic supremacy. If one had said in January 2017 that TPP would still come into existence a year later and that RCEP would be floundering, the prediction would have been met with considerable skepticism. Yet that is almost precisely what has happened. The remaining eleven members of TPP forged ahead and enacted the agreement, now called the Comprehensive and Progressive Trans-Pacific Partnership (CPTPP) and finalized in March and set to go into effect by the end of the year. It may not have preserved every aspect of the original TPP, but the fact that the agreement exists at all is a powerful signal from leading regional economies that they want to see a high-standard multilateral framework for trade in Asia that is not dominated by China.

In August 2016, Singaporean prime minister Lee Hsien Loong declared that “for America’s friends and partners, ratifying the TPP is a litmus test of credibility and seriousness of purpose.” But rather than accept Trump’s decision as the definitive American response, multiple Asian leaders have made clear that the door for eventual American ascension has been left open, underlining a determination by the countries of Asia to keep the American economy anchored in the region. When—and indeed if—the United States decides to join the trade agreement that it did so much to bring about, it has the potential to once again play the leading regional role of setting standards, establishing rules, and organizing institutions.

By contrast, negotiators for RCEP have faced an uphill struggle. To date, only seven of eighteen chapters of the RCEP draft text have been agreed and trade negotiators have announced that they will not be able to come to an agreement this year. In part, this is because of the vast disparities of the economies that make up the agreement and the inherent difficulty of coordinating such a complex set of rules. But it is also because member countries—and in particular India—are wary of opening up their markets to China’s export machine and being flooded by Chinese goods. Even if an agreement is finalized next year, as the member countries say they hope to achieve, it is likely to be relatively shallow in scope and characterized by long lead times for implementation.

BRI, for its part, has proven more successful at generating headlines than viable economic deals. And many of those headlines have been negative. There has been a sustained backlash in countries such as Sri Lanka, Malaysia, and Myanmar to what they perceive as onerous debt burdens, lack of investment in local communities, poor environmental standards, weak transparency, and outright corruption associated with BRI projects. The Trump administration’s own Indo-Pacific infrastructure initiative may be most notable not for its relatively modest investment figures but rather for the way in which it draws a contrast between the approach taken by China versus that of the United States. Moreover, Trump’s plan has gained the support of countries such as Japan and Australia, who have already taken dramatic steps toward creating alternatives that would showcase high-standard, high-impact infrastructure investment—Japan most notably with its $200 billion Partnership for Quality Infrastructure. With the passage of the BUILD Act, which allows for up to $60 billion in private-sector-led development financing around the world, the United States has another powerful tool to promote its concept of sustainable development.

Even in considering bilateral trade, the ongoing confrontation between the United States and China has highlighted how foreign businesses seeking to compete in China face an uneven playing field characterized by forced technology transfer, massive subsidies to national champions, and widespread economic espionage. Japan and the European Union, who have both been critical of Trump administration trade policies, have still opted to join the World Trade Organization (WTO) complaints against China’s trade practices. And, increasingly wary of the motives behind Chinese acquisition of advanced technologies and investments in critical infrastructure, the United States, Australia, Britain, Germany, France, and Canada have all recently taken steps to restrict Chinese investments into their domestic markets.