Clash of the Strategists 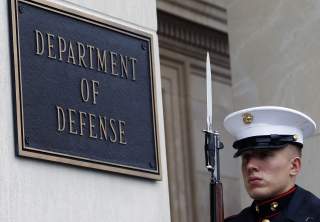 AT A time when President Trump’s National Security Strategy claims to be one of “principled realism that is guided by outcomes, not ideology,” three new books take different sides in the long-standing battle between realists and neoconservatives. Robert Kaplan’s collection of essays, The Return of Marco Polo’s World: War, Strategy and American Interests in the Twenty-First Century, presents a well-crafted case for a hard-headed approach to international security that nevertheless incorporates America’s idealistic impulse. Elliot Abrams, on the other hand, makes an impassioned plea for a return to the democracy agenda so beloved of the neocons. As the title of his book, Realism and Democracy: American Foreign Policy after the Arab Spring, makes clear, however, he attempts to cloak his interventionist views in realist terminology. Harlan Ullman charts a third course. His Anatomy of Failure: Why America Loses Every War It Starts asserts in effect that neither approach has been consistently underpinned by what he terms “sound strategic thinking,” with the result that U.S. policy has suffered setbacks both on and off the battlefield.

Kaplan has a well-deserved reputation for eschewing ideology, if only because his travels off the beaten policy path and his historical perspective have convinced him that one must address things as they are, not as we would like them to be. His unique blend of geography, history, culture and economics makes for sound advice to decisionmakers who too often are either cloistered in their government offices or who, when on travel, spend their time in hotel rooms, at fancy dinners or on guided tours in between their official meetings. At the same time, he offers the general reader a sophisticated yet readable analysis of the evolving international system, with a heavy focus on the decline of the Westphalian order, as he articulates in his opening and leading essay, from which the book takes its name.

Kaplan offers an unusual perspective on Russian and Chinese expansionism. He argues that “the geographical heart” of the challenge that Russia poses is “the Black Sea Basin: here is where Russia intersects with Ukraine, Turkey, Eastern Europe, and the Caucasus. Or explained another way, where Europe meets the Near East and where the former Russian, Ottoman, and Habsburg imperial conflict systems all merge.” He worries that Western policymakers have paid far too little attention to this geopolitical vortex. He highlights the strategic importance of Bulgaria, a NATO ally to be sure, but “just one of the many countries that are invisible to the Washington policy elite and consequently are never part of its conversation.”

“globalization, with its exaggerated emphasis on sea lines of communication, has necessitated Chinese power projection into the blue-water extensions of its own continental landmass. Because that requires China to remain secure on land, it also means the permanent subjugation of the Muslim Uighurs, Tibetans, and Inner Mongolians. And thus we have the One Belt, One Road strategy. In short, China’s ethnic demons within its borders lead it to push out militarily and economically well beyond its borders.”

Nevertheless, he sees a significant though long-term threat to both countries in the form of internal authoritarian decay, leading to a challenge to central control of what are still in effect empires, as are Iran and Turkey. He postulates a similar challenge to the highly centralized rule of the Iranian mullahs—most recently played out on the streets of every major Iranian city—as well as that of Recep Tayyip Erdoğan of Turkey, whose own imperial ambitions are unlikely to be sustained over the longer term. As he puts it, “the imperial experiences of Turkey, Iran, Russia, and China explain the geopolitical strategy of each country to this day.” Yet he goes on to note that “because of the way communications technology empowers individuals and small groups—in addition to the instability that erupts from the increasing interconnectedness of crises worldwide—threats to imperial-oriented power centers are now greater than ever.”

Moreover, globalization poses a challenge to many nations in two distinct ways. On the one hand, it fosters “an emerging global culture that spans continents,” yet at the same time, “precisely because religion and culture are being weakened by globalization, they have to be reinvented in more severe, monochromatic, and ideological form by way of the communications revolution.” As examples of the latter he cites “Boko Haram and the Islamic State, which do not represent Islam per se, but Islam igniting with the tyrannical conformity and mass hysteria inspired by the Internet and social media.” Taking issue with Samuel Huntington, Kaplan therefore argues that “it isn’t the so-called clash of civilizations that is taking place, but the clash of artificially reconstructed civilizations” whose power lies in both the fear and exploitation of increasingly global networks.

In addition, Kaplan anticipates an ongoing upsurge of populist nationalism, such as that which has led to Brexit and which has fueled the drive for Scottish, Catalonian and north Italian independence from their respective central governments. Indeed, he sees fractured states across Eurasia, and Africa as well, as long-standing but submerged loyalties to city, region or tribe emerge to the fore. His summary judgment is that “Western civilization is not being destroyed; rather, it is being diluted and dispersed.”

KAPLAN ENTITLES the first section of his book “Strategy,” and it is naturally to Washington policymakers that he addresses his advice on what that strategy should look like. Kaplan’s prescription for the United States, whose stake in the Westphalian model was clearly linked to its creation of the postwar international military, economic and financial order, is twofold. First, he cautions that Washington be careful not to press for regime change, especially in its putative adversaries Russia and China. Indeed, he goes one step further. He would avoid any degree of interference in the internal dynamics of other states. “The world is intractable enough (and becoming more so),” he argues, “without our needing to impose our values on other countries’ internal systems. Thus, we should start with asking how we can act with caution and restraint, without drifting into neo-isolationism.” Overthrowing the current ruling structures in Beijing or Moscow could well lead to the chaotic breakup of either or both, which could spread throughout the Eurasian landmass, given the connectedness of the contemporary international environment. A world of warring regions and city-states would be America’s worst nightmare.

His second and related piece of advice is that Washington adopt Britain’s nineteenth-century model of caution when applying military force, while also striving to maintain its monopoly on sea control in the Eastern Hemisphere. The latter will be no mean feat, however, and not merely because China’s fleet continues to grow and expand its area of blue-water operations. As Kaplan points out in an essay on the decline of America’s maritime forces, entitled “Elegant Decline: The Navy’s Rising Importance,” the United States will need to rethink its approach to sea power, which remains vital to its national security. Some of his suggestions are quite radical, such as delegating some of its missions to private naval companies, in effect returning to the era of privateers, upon whom the fledgling American republic heavily relied. Others are more conventional, such as equipping large carriers with laser weapons, or adding far more submarines to the fleet. His central point is that the decline of the fleet can be managed, and offset, as long as its fundamental importance to national security in the years ahead holds a central place in the minds of policymakers.

Relying more heavily on the Navy and, by implication in an era of ongoing constraints, due to the Fiscal Year 2011 Budget Control Act, not expanding or even shrinking the Army—as he puts it, “our land strategy should be secondary, and should follow from our air and naval strategy, not the other way around”—renders it less likely that the United States will undertake another regime-change operation like that of Iraq. In another essay, in the section of the book entitled “War and Its Costs,” Kaplan addresses the question of whether what began as Operation Iraqi Freedom and continues to this day has been worth its cost in men and matériel. His conclusion is unequivocal: “at more than four thousand and counting, the answer for years to come will still be no.”

His view reflects his overall reluctance to have America engage in foreign adventures, especially when they do not directly affect American national security, as was the case with neither Iraq nor, for that matter, Vietnam, which he terms a “dirty, badly conceived” war. Indeed, he is leery of regime change whether or not it involves military action. In that regard he follows in the footsteps of Henry Kissinger, whom he unabashedly admires, and who is the subject of another chapter in the book, in a section devoted to “Thinkers.” But he also has much to say in favor of another realist who has been the subject of considerable criticism, namely Samuel Huntington, he of The Clash of Civilizations. Kaplan sees Huntington as an intellectual giant, who managed to blend old-fashioned liberalism and support for the export of American ideals with the need to maintain American power. American conservatism, Kaplan is in effect telling his readers, need not be cold-hearted and can certainly promote American values, without, however, forcing them on those whose cultures may resist them, or taking military action against those who resist them.