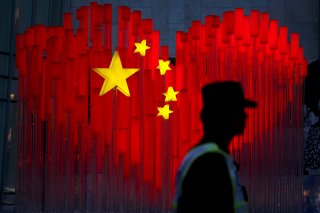 The Chinese foreign minister recently warned that the United States and China are on the brink of entering a new cold war. However, any new cold war between the U.S. and China would be fundamentally different from the Cold War between the U.S. and the Soviet Union. China, unlike the Soviet Union, is a great power with a burgeoning high-tech sector. While the U.S. is still the leader of the “digital revolution,” China is quickly catching up. This is consequential: in today’s world, an edge in the digital economy readily translates into wealth and power. The heart of any Sino-U.S. cold war will be a tech war.

China, as a latecomer to the digital economy, has done impressively well. When U.S. researchers created the internet in the 1970s, China was still emerging from the chaos of the Cultural Revolution. When the dot-com bubble in the U.S. burst in 2000, Jack Ma and Richard (Rujing) Chang had just respectively founded Alibaba and Semiconductor Manufacturing International Corporation (SMIC; currently the world’s fifth-largest semiconductor foundry and China’s largest). Today, four out of the top ten firms in the global digital economy are based in China.

Crucially, China’s meteoric rise in the information, communication and technology (ICT) sector would have been impossible without economic espionage. As Morris Chang—founder and former CEO of Taiwan Semiconductor Manufacturing Company (TSMC), the world’s largest semiconductor foundry—points out, the learning curve for latecomers in the digital economy is extremely steep given the amount of resources and time it takes to accumulate the know-how. Therefore, any latecomer to the digital economy, e.g. China, must steal in order to have a realistic chance of catching up. But what are the techniques of Chinese economic espionage in the high-tech sector? How has the U.S. responded to date and how might that response be made more effective?

The Techniques of Chinese Economic Espionage

Economic espionage is nothing new. Alexander Hamilton, Mara Hvistendahl notes, stressed the need to steal European technical knowledge, while Benjamin Franklin openly encouraged British artisans to emigrate to the United States and bring British machinery with them. In the nineteenth century, German agents stole British steel-production techniques, which kick-started the buildup of the Ruhr valley into Europe’s industrial heartland of Europe. In the 1960s and 1970s, the KGB stole the design of the Anglo-French Concorde, which led to the Soviet Union building its own supersonic passenger airliner. Recently, economists have found that East-to-West German total factor productivity ratio would have been 13.3 percent lower at the end of the Cold War had East Germany not engaged in industrial espionage in the West.

First, China often relies on individuals who are not spies per se and on quasi-state entities masked as private firms or universities—instead of intelligence officers—to acquire industrial secrets, William Evanina, Director of the U.S. National Counterintelligence and Security Center notes. “[The Chinese intelligence service] use scientists, engineers, businessmen. They can come here, ingrain themselves in the organization, be part of a culture, work on a significant project, classified or unclassified, and be in a position to obtain that data for nefarious reasons, and send it back.”

One example is Ji Chaoqun, a graduate student in electrical engineering at the Illinois Institute of Technology in Chicago. Chinese intelligence services recruited Ji while he was still a student in China. In the United States, Ji was tasked to conduct background searches on individuals who had recently retired from the science and technology industry, in addition to acquiring information on U.S. military aviation research. Ji was arrested for espionage not long after he enrolled in a program that allows immigrants to qualify for American citizenship in exchange for serving in the military. Indeed, a 2019 U.S. Senate report highlights how China relied on more than two hundred talent recruitment plans (including the famous Thousand Talents Plan) for students and scholars to obtain American research and expertise for its own economic and military gain.

The Chinese government also relies heavily on quasi-state entities for economic espionage. One example is Xianyang CaiHong Optoelectronics Technology (CHOT), a major Chinese firm producing consumer electronic display panels (e.g. smartphone and computer screens) that owns Vizio, one of the top shippers of televisions in America. Importantly, CHOT is also a subsidiary of the China Electronic Corporation (CEC), which is under the direct control of China’s State Council. CHOT received a major order from Samsung in 2017, little more than one year after the company’s founding once it had acquired the relevant technologies by hiring entire teams of engineers from Innolux, a major Taiwanese panel producer. But the alleged industrial espionage did not stop there. In March 2020, Sharp (now controlled by Taiwan-based Foxconn) filed a patent infringement complaint against CHOT with the U.S. International Trade Commission.

Second, the Chinese government often relies on the manipulation of third parties to acquire cutting-edge technologies. This strategy of economic espionage by proxy is likely to become more important as the U.S. grows increasingly wary of Chinese firms and researchers, which would make direct thefts of U.S. intellectual property more difficult.

A prime example of this strategy is the Fujian Jinhua/ United Microelectronics Corporation (UMC) case. In 2018, UMC and three Taiwanese engineers were found guilty of stealing intellectual property from Micron. This Idaho company is one of the world’s largest producers of dynamic random access memory (DRAM), which allows consumer electronics to store and quickly retrieve information. The economic espionage operation proceeded in three steps. First, UMC lured away engineers from Micron Taiwan with promises of raises and bonuses. Then, UMC asked those engineers to take Micron’s trade secrets with them to UMC. Finally, the information was readily passed onto Fujian Jinhua.

UMC, the Taiwanese semiconductor foundry giant (fourth largest in the world in 2019), has extensive interests in China. In 2016, UMC entered into a partnership with Fujian Jinhua Integrated Circuit Company, which was founded with $5.6 billion from the Chinese government; both Jinhua and UMC stood to profit handsomely from the scheme had it not been discovered.

Although Taiwan is the prime hunting ground for Chinese ICT firms seeking industrial secrets given its economic ties with China, this Chinese strategy of relying on third-party proxies to acquire foreign technology is not limited to Taiwan. The Technological University Dublin in Ireland, for instance, has recently entered into a major partnership in areas including machine learning with wireless network management and personalized medicine with the University of Electronic Science and Technology of China (UESTC); UESTC has close links with the Chinese military establishment and is the subject of strict controls by the United States. Its partnership with TU Dublin, therefore, again highlights the risk of Chinese acquisition of U.S. Internet Protocols (IPs) through a third party, as in the case of Fujian Jinhua stealing Micron IPs through UMC.

Before proceeding, we note that the examples above are not isolated instances. There has been a highly concerning collaboration between UK universities and Chinese academic institutions linked to the military. There are also plenty more cases of the Chinese state utilizing “private” firms and academics to acquire industrial secrets.

The United States has been taking concrete steps to counter the Chinese economic espionage. Current U.S. strategies defending against Chinese economic espionage focus on three areas: prosecution of economic crimes, immigration control, and export control. In the legal realm, the Department of Justice embarked on The China Initiative campaign in November 2018 to investigate and prosecute Chinese economic espionage. Since then, the campaign has resulted in more than thirty indictments and settlements. In terms of immigration, the U.S. government has recently issued a proclamation barring entry of Chinese graduate students into the United States as long as they are or had been associated with Chinese entities involved with the PRC’s military-civil fusion strategy. This countermeasure, although not without costs, will make the Chinese use of quasi-state agents for espionage more difficult.

Another U.S. countermeasure against Chinese economic espionage is export control, which has garnered a lot of attention recently given the U.S. decision to start requiring licenses for sales to Huawei of semiconductors made abroad with U.S. technology. In April 2018, the United States banned Chinese telecommunications firm ZTE from acquiring parts and software from American companies for its violation of U.S. sanctions against Iran and North Korea (the ban was lifted in July 2018, and ZTE barely survived a financial collapse). In November 2018, the Bureau of Industry and Security (BIS) of the United States Department of Commerce published an advanced notice of proposed rule-making of export control for critical technologies and emerging technologies, from biotechnology to advanced computing technologies. The list of technologies, unsurprisingly, corresponds to many of the areas in which China sought to develop strength in its “Made in China 2025” initiative.