The Coming War over Ukraine? 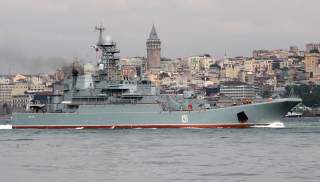 On the same day, Ukrainian President Poroshenko and his Military Cabinet passed a resolution to impose martial law in Ukraine. The Ukrainian parliament is scheduled to decide on the resolution on November 26.

Russia’s aggressive actions in the Kerch straits and the unprecedented Ukrainian response highlights the increasing danger of military escalation between the two countries.

The Kerch strait represents a major geostrategic asset. It is enclosed by Russian mainland to the east and by the Russian-occupied Crimea peninsula to the west. The Kerch Strait is the only water connection between the Sea of Azov and the Black Sea. Passage of the strait is crucial for the major port cities in the Sea of Azov, such as Russia’s Rostov-on-Don and Ukraine’s Mariupol, which Russian separatists had repeatedly tried to conquer.

Not surprisingly, Ukraine and Russia have clashed over the strait well before 2014.

With the break-up of the Soviet Union, the Kerch strait became an object of legal and political contention. Ukraine unilaterally claimed a boundary line in the strait in 1999 and made moves to declare parts of the Sea of Azov as internal waters.

Russia countered in 2003 by building a dike from its mainland towards Tuzla island, a speck of land in the very part of the Kerch strait Ukraine claimed as its own. The incident, to this day, is cited by Ukrainian leaders and experts as an early proof of Moscow’s aggressiveness.

Russia’s continuous attempts to control the Kerch Straits have long been connected to its designs on Crimea. Ukraine has always resisted these efforts, which got the two countries close to military conflict well before 2014.

For instance, on May 23, 2005, a Russian amphibious marine unit attempted to land troops near Feodosiya in Crimea and was repelled by Ukrainian border troops. This served as a reminder for 1994 when Ukraine and Russia almost came to blows after Russia had seized a disputed Black Sea Fleet ship with expensive military equipment on it.

After annexing Crimea in 2014, Russia started to build a bridge over the Kerch Strait to connect the Peninsula to the Russian mainland, as attempts to build a land connection by conquering Ukraine’s Sea of Azov coastline had previously failed. To try and stop the trans-Kerch bridge and grant access for its vessels through the straits, Ukraine sued Russia by invoking the 1982 United Nations Convention on the Law of the Sea.

The danger of military escalation between Russia and Ukraine, with all of its unforeseeable consequences, is real and rising.

Russia is largely unaware of this, as it has moved its attention away from Ukraine and towards operations in Syria, countering U.S. efforts to modernize its nuclear arsenal, and improving Russian gas supply capabilities to the European Union and Germany.

At the same time, mainly for domestic purposes, Russian state-controlled media continues to trash the Ukrainian government while celebrating the finalization of the Kerch bridge and supposed economic miracles in Crimea.

Such triumphalism fans the flames of revanchism in Ukraine. The list of grievances in Ukraine is as long as it is understandable. Crimea remains occupied, and the West has quietly acquiesced to this fact by making sure that existing sanctions are primarily tied to advances in the Minsk process over Donbass, not Crimea. Ironically, no such advances in the Minsk framework taken place, which suits Russian interests, but remains a thorn in Ukraine’s side, where the Minsk process is seen as illegitimate to begin with.

At the same time, Russian president Vladimir Putin has permitted the stationing of bombers and Iskander missiles in Crimea, both of which are dual-capable missile delivery systems. Since 2014, Russian support for the Putin regime is less dependent on the country’s economic well-being, and more so on the continued performance of Russia as a great power. While the effect is declining, the annexation of Crimea has long boosted Putin’s popularity. Therefore, Russia is unlikely to back down in a crisis with Ukraine.

Ukraine, simultaneously, has significantly beefed up its military forces and improved its on-the-ground-control. The anti-tank Javelin launchers provided by the United States are only a small part of these efforts. A replication of the confused and feeble Ukrainian response in 2014 is unlikely. The Ukrainian military is now even regarded by some in Kyiv as a possible tool to establish some new facts on the ground.

However, Ukrainian domestic politics worsen the situation. The country will hold presidential elections in March 2019. In the most recent polls, incumbent president Petro Poroshenko trails his main competitor Yulia Tymoshenko, who has made Donbass, Crimea, and Russia core topics in her attacks on Poroshenko.

Tymoshenko’s strategy, the stalling Minsk process, Ukraine’s ongoing economic woes, rampant corruption, and allegations of Poroshenko being involved in shady business deals increasingly narrow down the incumbent’s options for holding on to power. His most promising option is to present himself as a successful, or at least assertive, war president. Poroshenko’s recent move to impose martial law corroborates this view. Considering the traditionally cut-throat nature of Ukraine’s elite struggles and Yulia Tymoshenko’s questionable record, there is little reason to be optimistic.

The West, at the same time, looks inward and has shown little interest in effectively ameliorating the danger of military escalation between Ukraine and Russia. This is likely to continue, due to the ongoing twists and turns surrounding Trump and the continuing Brexit process in Europe. Incidentally, the United Kingdom is likely to formally leave the European Union two days before the Ukrainian presidential election.

War over Ukraine might not be very likely, but the danger is real.

Jonas J. Driedger is a German policy analyst at the European University Institute in Florence, Italy. He is also currently a visiting scholar at the Higher School of Economics in Moscow and partakes in the Alfa Fellowship Program. He specializes in foreign and security policy with a focus on Germany, the European Union and Russia. His analyses were published in The National Interest, Politico Europe, per Concordiam, EUObserver, and EurActiv. The views expressed in this article are solely his own.