Conflict with China Is Not About a Clash of Civilizations 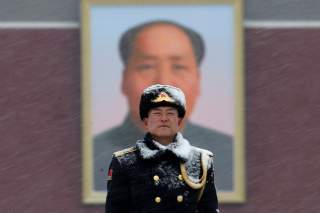 Are the United States and China headed for a clash of civilizations? For many, just entertaining this question provokes discomfort. The temptation is to reject all talk of “civilizations” because any breath expended, or ink spilled, discussing the topic will only legitimize those who peddle pessimistic and outright racist theories of international politics. To state the obvious, worldviews that essentialize differences between the peoples of the world do not have a happy history.

Yet last month, an official in the Trump administration lent support to the civilizational lens for viewing world politics by suggesting that China represents a unique threat to the United States precisely because it is not part of “the West” and, moreover, because Chinese people are not white. These were not the remarks of a rogue, low-level bureaucrat. They belonged to Dr. Kiron Skinner, director of policy planning at the State Department.

She did not mince her words. “This is a fight with a really different civilization, and a different ideology, and the United States hasn’t had that before,” she said. “I think it’s also striking that it’s the first time that we will have a great power competitor that is not Caucasian.

Skinner’s comments provoked a torrent of criticism. Some disputed Skinner on her own terms, pointing out that the United States has, in fact, previously faced down peer competitors with different ideologies (Nazi Germany, Soviet Union) and of different racial compositions (Imperial Japan). Others focused on the larger point: Skinner’s bizarre framing of the U.S.-China relationship in terms of skin color, an obviously unhelpful and literally racist point of view.

These were all fair, proper, and necessary objections to Skinner’s characterization of world politics. It is important to challenge narratives that divide the world into irreconcilable blocs.

But acknowledging the existence of multiple human civilizations doesn’t necessarily mean accepting that the world is destined for inter-civilizational or interracial conflict. Thankfully, Samuel Huntington’s description of a world defined by civilizational animus—his “grim fantasia,” as Paul Musgrave aptly puts it—is not the only framework for understanding civilizations in international politics. (To her credit, Skinner explained that her view of the impending conflict with China was “a little bit different” from Huntington’s, even if she did not elaborate.)

One better model for understanding civilizations in world politics was put forward by Cornell professor Peter Katzenstein a decade ago. In a series of books, Katzenstein and colleagues described the world’s civilizations as both plural and pluralist—that is, there are many of them, and they are internally diverse. Civilizations are “real” in the sense that they are understood to exist by most people, but it would be wrong to view them as monolithic or even entirely discrete from one another. On the contrary, civilizations are malleable, permeable, and overlapping; they are best thought of as coinciding constellations of ideas, norms, values, and institutions.

Katzenstein’s portrayal of civilizations is much more hopeful (and descriptively accurate) than that put forward by Skinner. Whereas Skinner dismissed the possibility of the United States and China converging on issues like human rights, for example, Katzenstein’s theory of civilizations offers grounds for optimism. Viewing China through Skinner’s lens, we’re encouraged to see only the current leadership of the Chinese Communist Party and their implacable opposition to extending political freedoms and individual liberty. But if we see China as the diverse and dynamic society that it truly is, we can recognize what should be obvious: that not all Chinese agree with their leaders on these points.

After all, from the May Fourth Movement to the Tiananmen Square protests, China has a long history of debating and reshaping the proper relationship between the state, society, and the individual. There is nothing intrinsic to Chinese culture that makes Chinese people unsuitable to democratic liberalism, just like there is nothing essential about the United States or the rest of “the West” that makes its citizens immune to authoritarian sensibilities. All civilizations harbor incredible diversity. To dismiss this fact is to be willfully ignorant of a basic social and political reality.

Indeed, it is especially unfortunate that Skinner would use the issue of human rights as an example of U.S.-China irreconcilability at the very moment when the world is marking the thirtieth anniversary of Tiananmen, when thousands of Chinese students gathered in Beijing to demand political reform. Those protesters did not need to identify as “Western” to articulate demands for democracy, accountability, and political freedoms. They were Chinese democrats, their movement was indigenous and their skin color had nothing to do with it.

Going forward, U.S. leaders can opt to present China as an implacable foe, its people and leadership cut from a different cloth, or they can choose to acknowledge the reality of China as a diverse and shifting milieu. The former narrative is an excellent way to ensure that U.S.-China relations continue to worsen by hardening domestic opinion against not just Beijing, but the Chinese people as a homogenized “other.” The latter offers U.S. leaders flexibility to deal with Beijing on issues of common concern while criticizing China’s leaders when necessary. (This second narrative also has the further advantage of being true).

That said, overlooking all of the many differences between China and “the West” is not an option. For even if there is no empirical evidence for a world characterized by civilizational discord, this does not stop lay people—and, it seems, some prominent government officials—from holding to the belief that the world can be understood as a collection of distinct human civilizations. What this means is that civilizations exist because people across the globe act and talk as if they do—not least of all in China. The civilizational concept cannot be wished away, for better or worse.

What is needed is a way to articulate differences without essentializing difference and to acknowledge points of divergence while holding out the possibility of convergence. Furthermore, what is needed is to criticize those with whom the U.S. government disagrees without alienating those with whom it wishes to work. As used by Skinner, the language of “civilizations” is a hindrance to these efforts. As proposed by Katzenstein and others, however, it can be a realistic way of capturing social reality as most people see it.

If a clash of civilizations happens, then it will be because people in the United States and China willed one into being. Americans must recognize their role in this. What sort of international society does the United States wish to create? One that ossifies differences that could otherwise be overcome, including along racial lines? Or one that enjoins China to participate in an open and evolving global community—an international society for all? It is becoming increasingly clear where the Trump administration stands on this question. For those invested in building a more auspicious future, the task at hand starts with getting the language right.

The stakes are high. How America chooses to engage China is enormously important for the future of international politics. According to Katzenstein, the world’s interlocking civilizations combine to create an overarching set of norms and values that shape the lives of everybody. Katzenstein referred to this as a “civilization of modernity.” He might also have called it a “concert of civilizations”—at the very least, it would be something worth working for.