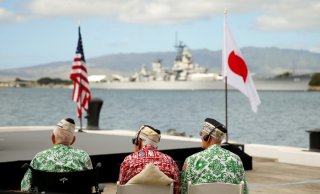 More than six decades after the 1960 Treaty of Mutual Cooperation and Security, Japan's technologically advanced economy, democratic government, and hosting of 50,000 U.S. soldiers make it America's leading partner in crafting an effective Asia policy. But the economic and military rise of China and other shifting regional dynamics pose new historic challenges to the alliance a generation after the end of the Cold War. This raises basic questions about the utility and functionality of the U.S.-Japan bargain.

In the first of our two-part series, Mike Mochizuki, Yoshihide Soeya, and Michael Auslin discuss American and Japanese perceptions of their interests and Asian security challenges in a panel moderated by Paul Heer.