The Coronavirus Makes Its Debut on Antarctica 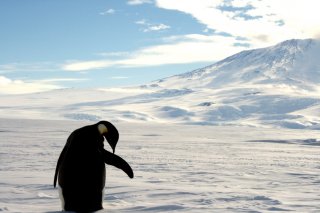 It took more than ten months, but the coronavirus has finally landed on the most remote continent in the world.

Antarctica’s isolated position on the globe allowed it to ward off the pandemic for much of the year, but on Sunday, it was reported that the General Bernardo O’Higgins Riquelme Base, a Chilean research base located on Antarctica’s northernmost Trinity Peninsula, had confirmed that thirty-six people working there tested positive for the virus.

Of those infected, twenty-six are members of the Chilean army, and ten are civilian maintenance personnel, authorities said in a statement to the Spanish-language television channel 24 Horas.

The officials added that those who tested positive have isolated themselves.

The infected individuals are under “constant monitoring,” the Chilean army said in a statement to the local newspaper El Mercurio.

“Thanks to the timely preventive action . . . it was possible to relieve said personnel, who, after being subjected to a medical control and the administration of a PCR test . . . turned out to be positive for COVID-19,” the army said.

It also reported that three crew members on a ship providing support to the base have also tested positive for the virus since returning from their mission to Antarctica.

The General Bernardo O’Higgins Riquelme research station is one of thirteen active Chilean bases in Antarctica.

The U.S. National Science Foundation stated that it is aware of the positive virus cases at the base and has implemented appropriate measures.

“Personnel at U.S. Antarctic Program stations have had no interactions with the Chilean stations in question or the personnel who reside there. NSF remains committed to not exchanging personnel or accepting tourists at USAP stations,” a spokesperson said in a statement.

While nobody permanently lives on Antarctica, the Associated Press has reported that nearly one thousand scientists and researchers work there over various winters.

Since the beginning of the pandemic, the thirty countries that make up the Council of Managers of National Antarctic Programs made concerted efforts to keep the virus out of the continent, which is already considered highly dangerous to workers with the world’s strongest winds and coldest temperatures.

“A highly infectious novel virus with significant mortality and morbidity in the extreme and austere environment of Antarctica with limited sophistication of medical care and public health responses is high risk with potential catastrophic consequences,” a document by the council read.

And since Antarctica can only be reached through a few air gateways or via a ship, “the attempt to prevent the virus from reaching the continent should be undertaken immediately,” it continued.

According to the latest data from Johns Hopkins University, there have been 78.5 million coronavirus infections worldwide and 1.7 million related deaths.