Is the Coronavirus Ushering in an Era of Eurosceptic Leaders? 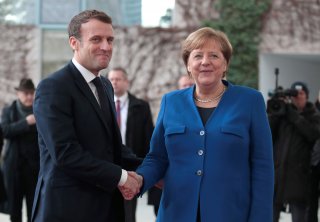 The European Union (EU) in the era of coronavirus appears to be facing challenges to its existence not experienced since the fallout of the 2008–09 financial crisis. Indeed, the coronavirus pandemic could very well be a watershed moment in European politics.

Why is this the case? Well, one can only look at how the European Union and its member states have responded to the pandemic. Unlike what would be expected in a union, Brussels and member states’ capitals have largely gone their own way, pursuing ad hoc, national approaches. Politico reporters David M. Herszenhorn and Sarah Wheaton note “EU nations, despite their pledge to an ever-closer union, reacted selfishly and chaotically once the threat became evident.”

During the early stages of the pandemic in Europe, EU leaders and heads of government did not take the virus seriously, even as it was spreading beyond China. The European Commission, led by Ursula von der Leyen, was slow to respond to the unfolding health crisis and belatedly expressed solidarity with and provided assistance to Italy. In President von der Leyen’s March 9 press conference on her first one hundred days in office, the coronavirus was barely discussed. Understandably, however, the EU was simultaneously focused on coronavirus and the recent migrant crisis along the Turkey-Greece border.

Nevertheless, the actions of both the EU and its member states have brought into question whether aspirations of unity and solidarity can truly bind together the twenty-seven countries. While the pandemic has necessitated that countries develop their own solutions, appropriate for their specific national and local conditions, the EU-27 could have done more to coordinate their efforts.

Today, Europe stands as one of the epicenters of the pandemic, with around a million cases just among the five most populous countries. They have been among the hardest-hit countries, although in certain countries, the number of cases is beginning to plateau.

Prior to the outbreak of coronavirus, Euroscepticism was a major political force in European politics. Euroscepticism is defined by Encyclopedia Britannica as a “European political doctrine that advocates disengagement from the European Union (EU). Political parties that espouse a Eurosceptic viewpoint tend to be broadly populist and generally support tighter immigration controls in addition to the dismantling or streamlining of the EU bureaucratic structure.”

This political force comes in a variety of flavors, depending on the country in question. But the underlying factor behind it is a dissatisfaction with what the European Union is and how it functions. The most recent manifestations of Euroscepticism have emerged out of the 2008–09 financial crisis and the 2015 migrant crisis.

The 2008–09 financial crisis, among other issues, brought once-fringe political parties, such as Britain’s UKIP and Italy’s Five Star Movement (M5S) to the political spotlight. Europe’s South was particularly hit hard, with Portugal, Italy, Greece, and Spain facing their worst economic performances in decades. Unemployment rose sharply and the European Union imposed a fiscal policy of austerity. These conditions fomented the rise of Eurosceptic parties across the continent, but particularly in the South, leading to a North-South divide.

Meanwhile, the 2015 migrant crisis opened up additional cracks among EU member states. While Germany, France, and Sweden were among the more receptive countries to migrants and refugees, other countries were not. Among the post-communist EU states, Euroscepticism rose to new heights. In Poland and Hungary, the Law and Justice (PiS) and Fidesz parties, respectively, utilized anti-migrant rhetoric to gain political appeal and refused to comply with the EU’s migrant quotas. At the same time, Italy and Greece—where most migrants and refugees first arrived on European soil—were overburdened. This then helped fuel the rise of far-right parties, such as Italy’s Lega (Lega Nord) and Greece’s Golden Dawn.

This Euroscepticism is likely to be amplified by the coronavirus. The political fissures of the past decade are likely to become more defined as the coronavirus crisis continues to impact the continent’s politics, economy, and social cohesion.

In this crisis, European solidarity has been belated and will leave its mark. Like the previous two crises, the North-South divide has become ever more apparent. Anger and tensions have bubbled up to the surface. Spain and Italy, the two hardest-hit European countries, have accused their northern neighbors of not doing enough to assist them. Spanish prime minister Pedro Sánchez, a usually pro-EU politician, has even warned that the bloc could “fall apart.” Italian prime minister Giuseppe Conte has expressed the same concerns.

In March, both Germany and France announced bans on the export of personal protective equipment, moves that EU officials said could harm collective efforts to combat the virus. Other EU countries also prohibited the export of medical supplies. This resulted in Italy and Spain procuring these supplies from outside the EU. What happened next was that China and Russia sent medical supplies to Italy and Spain, among other EU countries.

The political significance of these countries receiving medical supplies from what are de facto adversarial and rival states like China and Russia is quite profound. While the EU’s North was slow to assist their southern neighbors, outside powers came to their aid.

As a result, Euroscepticism has reemerged onto the European political scene. Although Euroscepticism had begun to subside as the continent’s economies began to recover from the financial crisis, coronavirus may just reverse that trend.

Politico’s Jacopo Barigazzi has reported that “There’s a widespread perception among the Italian public that the country has been left by the rest of the EU to fend for itself.” If this perception of inaction by the EU increases then, support for populism will increase in Italy, if not the rest of Southern Europe. As one of the founding members of the European Union, if Italy were to hold an EU membership referendum, then it would be catastrophic for the EU’s credibility and legitimacy.

In terms of the EU’s economy, there has been a sharp divide over how to provide economic assistance. While France, Spain, and Italy have called for EU member states to share the burden of economic relief—in the form a “eurobond”—countries in the richer North, like Germany and the Netherlands, have been reluctant. Only in the past two weeks have EU finance ministers agreed on a financial support package worth half-a-trillion euros. Yet disputes continue, as the most recent meeting has shown.

What Can Berlin and Paris Do?

As the two leading EU states, Germany and France are looked up to and burdened with the responsibility of guiding the Union through crises. German chancellor Angela Merkel and French president Emmanuel Macron are tasked with leading the EU out of this new crisis.

Unlike the response to the financial crisis, the current one should be more robust and forward-thinking. Politically, Berlin and Paris must win the public relations war against Eurosceptics across the continent, not just in the South. Former Italian prime minister Enrico Letta has said that “Half of the Italian public opinion is anti-European because it believes it is abandoned when something goes wrong.” The lackluster response thus far has also provided opportunities for Eurosceptic leaders, such as Hungary’s Viktor Orban. A rise in authoritarianism could occur.

To counter this, Merkel, Macron, and EU officials should show EU citizens the extensive work that the EU is doing to provide medical and financial assistance. A widely publicized media (both traditional and social media) and communications campaign displaying the EU’s accomplishments would be a good start.

Economically, lending an ear (and a hand) to the bloc’s Southern European countries is vital. Given the apparent insolvency of these countries, both Germany and France should push for shared debt. This would signify that they, and the EU as a whole, are serious about solidarity.

In terms of public health, Germany and France should spearhead an initiative to establish an EU consortium of biopharmaceutical companies and universities focused on collaborative vaccine research and testing kit development. The uncoordinated approach taken by the EU-27 towards these needs has slowed progress in these efforts. If this were established, then governments and public health officials could properly assess the spread of the coronavirus and lay down the necessary containment and mitigation infrastructure for future pandemics.

If the European Union is to survive this crisis intact, then there must be proactive action. Indeed, if the EU is to fulfill one of its key roles of bringing peace, prosperity, and unity to a once war-ravaged continent, it must rise to the occasion. The lives of hundreds of millions depend on it.

Spencer Wong is a Korean Studies Spring 2020 Research Assistant at the Center for the National Interest.