The Costs of War With Russia 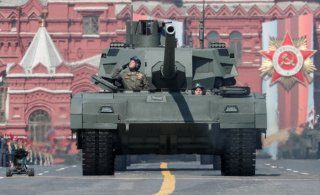 Before rushing into a full-scale confrontation with Russia, the Biden administration should consider the long-term consequences for the United States and its allies. Some commentators have warned about an escalation to World War III as well as the inefficacy of sanctions against Russian president Vladimir Putin. Yet, there are other strategic consequences from a conflict with Russia that the United States should try to avoid. The last two decades have been replete with unfortunate surprises from what initially seemed liked good ideas. Most remember how U.S. political leaders promised to bring democracy to Afghanistan and Iraq only for these costly experiments to end, particularly in the case of Afghanistan, in a humiliating retreat. Even while Russia is the instigator of the current crisis and Moscow needs to be brought to heel, there are outcomes that the United States and its allies should be concerned about.

Second and third-order effects are notoriously hard to discern beforehand. International hostility, including from Western allies, following the 2003 U.S. invasion of Iraq was unthinkable in the immediate aftermath of 9/11 when there was an outpouring of sympathy summed up in Le Monde’s headline, “nous sommes tous americains,” or, “we are all Americans.” During the Cuban Missile Crisis, Nikita Khrushchev was hardly thinking about being forced to resign, which he eventually was two years later.

Precise forecasts aren’t possible, and the current Ukraine crisis is no different. However, that doesn’t mean analysts and observers shouldn’t consider the long-term repercussions and prevent those that are inimical to U.S. interests. It is all the more vital in an international system where even minor decisions and adjustments by world leaders could have immense consequences.

Drawing on almost two decades of experience working on strategic foresight, first at the National Intelligence and now at the Atlantic Council, here’s my take on what could be at stake, beginning with three big warnings.

First, with a new Cold War already a possibility, the escalating Ukraine crisis could solidify the emergence of a bifurcated world. In contrast to its silence after Russia’s annexation of Crimea, Beijing has already signaled its support for Moscow’s “security concerns.” Putin will no doubt ask for China’s help to minimize the impact of Western sanctions when he goes to the Beijing Olympics this coming week. Should the United States sanction China for helping Russia circumvent Western financial penalties, Sino-U.S. tensions, which are already high, could explode into a new crisis. Some in Washington and Beijing are eager to decouple their countries’ economies from one other despite the high costs of doing so—even though it is estimated that U.S. businesses could lose $190 billion a year in lost output while U.S. investors would see shortfalls of up to $25 billion. Needless to say, the economic shock that would be brought on by separating the world’s two biggest economies would derail the global recovery just in time for the 2022 midterms.

Second, setting aside the question of their effectiveness in deterring or punishing Russia, U.S. and European sanctions will likely accelerate China’s plans for developing its e-CNY digital currency, helping Russia and itself skirt U.S. secondary sanctions. Russia has developed a SWIFT alternative called the System for Transfer of Financial Messages (SPFS), but a digital yuan would present a more powerful challenge to the U.S. dollar while potentially reinforcing China’s influence among Belt and Road countries.

Third, fissures that have already emerged between the United States and its Western European partners could worsen if should Moscow retaliate against European sanctions by cutting off gas supplies. Media reports already indicate growing U.S. and EU concern about such an eventuality. To hedge against this risk, the United States has reached out to Qatar while the EU also plans to talk to Azerbaijan. Yet, Bruegel, the Brussels-based think tank, believes that finding alternative sources won’t be enough to make up for the loss of imported Russian hydrocarbons—which currently comprise 40 percent of Europe’s energy supply. According to Bruegel’s analysis, the EU will need to curb demand, implying difficult and costly decisions for governments struggling to sustain an economic recovery. Although the European winter has not been as cold as anticipated, lower temperatures could easily compound Europe’s dilemma. European governments will no doubt be blamed by their citizens if there is a supply shortage or energy prices spiral out of control. Long-term disruptions in Europeans’ daily lives will also cause resentment and likely lead many European governments to break with Washington and distance themselves from the Ukraine issue.

Seize the Opportunity at Hand

Rahm Emanuel taught us that you never should waste a good crisis that brings big opportunities. Although it is hard to imagine, resolving the Ukraine issue could be the beginning of a major improvement in relations between Russia and the West. It could help President Joe Biden undo the damage to his image stemming from the hasty withdrawal from Afghanistan, bolstering his sagging popularity. Equally, an agreement from which Russia could also claim some gains might help to convince Putin that he can deal with West and make him less inclined to deepen relations with China. A mutual agreement that boosts arms control and other confidence-building measures could even improve U.S. views on the desirability of negotiating an arms control and conflict-reduction agreements with China. A peaceful resolution of the ongoing crisis would also discredit the false analogy of appeasement that is frequently used to argue against any attempt to negotiate with Moscow or Beijing.

Of course, crafting a peaceful settlement is easier said than done. But the Biden administration should not waver from this goal So far, the administration has been largely reactive by saying no and hoping the Russians give up after being intimidated by the threat of sanctions. Instead, pushing Ukraine to engage with members of the Normandy Format and reinvigorating the Minsk peace progress is a move that would be welcomed by European allies. Some analysts believe there could be progress on measures related to stabilizing the situation along the line of contact in Donbas, including by withdrawing heavy weapons, and bolstering the Organization for Security and Cooperation in Europe’s mission—all of which would reduce tensions between Russia and Ukraine. Regarding NATO expansion, a number of agreements could be reached to create a buffer zone between Russia and NATO. It is doubtful that would enough to satisfy Russian expectations but the trust that could be generated may help both sides reach an understanding on NATO. After all, few envisaged Ukraine’s accession to NATO membership any time soon.

While “muddling through” may seem less risky for the administration in the short run, a failure to reach an accord with Russia will lead to some form of Russian military intervention as well as cyberattacks, an energy cutoff, and the use of insurgent proxies that would kill and dislocate many Ukrainians and tear the country apart. Kicking the can down the road also entails costs. The Biden administration wants to avoid military involvement in Ukraine but, even in the case of more limited Russian operations, Biden would find himself under congressional and other pressure to become more actively involved by supplying arms, dispatching military trainers, and sharing intelligence, essentially turning Ukraine into a NATO-Russia proxy war. The administration will also come under pressure to implement severe economic measures previously reserved to punish Moscow for a full-scale invasion. This would likely cause a rift with energy-dependent European allies. The administration was not good at considering the possible contingencies during the withdrawal from Afghanistan but now it is time to consider the long-term ramifications of not pursuing an agreement with Putin.

Dr. Mathew Burrows serves as director of the Atlantic Council’s Director of Foresight and Co-Director of the New American Engagement Initiative (NAEI), having retired from a twenty-eight-year career at the CIA.