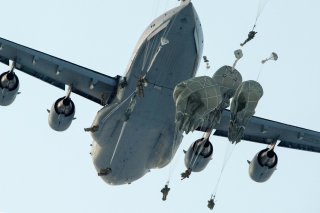 As regional leaders return home after attending the ninth Summit of the Americas, many will have their minds on two threats waiting at home: hurricane season beginning this month and the persistent fallout of Covid-19. It is surprising then, that of all the U.S. agencies that participated in this year’s summit, the Department of Defense (DoD) was conspicuously not at the table. This is despite its crucial role in working with partners on humanitarian assistance and disaster relief (HADR) when a storm strikes and a global pandemic spreads.

HADR is arguably just as important as investment, law enforcement, and diplomacy in building a sustainable, resilient, and equitable future for the region. At a time when the region’s outlook is growing more volatile and when the summit’s positive image was clouded by mistrust of U.S. leadership, DoD representatives would have highlighted tangible programs that DoD carries out to help the region respond to natural disasters and Covid-19.

Climate Change’s Impact on Latin America and the Caribbean

Given the urgent need to not only prepare but also respond to future pandemics and natural disasters, the DoD earned a seat at the summit. The region is reeling from the effects of climate change. Sudden onset events, such as hurricanes, cause immediate physical damage, claiming lives and destroying key infrastructure.

The National Oceanic and Atmospheric Administration predicts that there will be fourteen to twenty-one named storms, and at least six major hurricanes, in the Atlantic this year. And although hurricane season runs until the fall, the devastating effects of just a couple can last years.

In 2020, hurricanes Eta and Iota displaced nearly 600,000 people in Central America, destroyed thousands of homes, and decimated livestock and essential crops like rice, corn, and beans. Similarly, Caribbean islands—most of which are tourism-dependent economies—annually face the brunt of hurricanes and other strong storms that cause flash flooding.

Slow onset events, such as rising temperatures and sea levels, cause long-term economic challenges and have several indirect effects, such as job loss and internal displacement. About eight million people suffer from food insecurity due to drought in the Dry Corridor—a 1,000-mile-long geographic zone that runs through Mexico, El Salvador, Honduras, Nicaragua, and Costa Rica. In South America, deforestation in the Amazon is also causing unusual drought in Brazil and for the Caribbean, and rising temperatures contribute to declining fisheries from ocean acidification.

But it is the combination of both sudden and slow-onset events that are the most devastating. Slow onset events strip away the natural barriers that guard against sudden onset ones. These climate threats—hurricanes, drought, and rising sea levels—are leaving the region ill-prepared for the future, worsening economic and food security, and contributing to irregular migration across borders.

The DoD is at the forefront of protecting U.S. national security and that of its hemispheric neighbors, with U.S. secretary of defense Lloyd Austin calling climate change an “existential threat.” Climate change is a threat amplifier—creating conditions that are conducive to increased membership for transnational criminal organizations and potential pockets of conflict as citizens fall into poverty due to its effects, such as agricultural degradation and forced displacement.

When natural disasters do strike, SOUTHCOM is often the region’s first response. After the 2021 7.2 magnitude earthquake struck Haiti, SOUTHCOM supported the U.S. Agency for International Development in rescuing hundreds of people and delivering almost 600,000 pounds of supplies. After hurricanes Eta and Iota hit Central America in 2020, SOUTHCOM helped rescue more than 800 people and delivered 350,000 pounds of life-saving aid.

And since the start of the pandemic, SOUTHCOM made over 500 humanitarian assistance donations to twenty-eight countries, including field hospitals, personal protective equipment, ventilators, and medical supplies. When regional governments criticized the U.S. government for its pandemic response, SOUTHCOM’s activities went a long way in demonstrating U.S. commitment to being the region’s trusted partner.

Giving DoD a Seat at the Table

Given DoD’s excellent HADR track record, its exclusion from the summit was puzzling. The summit’s focus on resilience and preparedness in the face of future pandemics and natural disasters should have indicated at least a supporting role for DoD. The State Department, U.S. Agency for International Development, and others have played a part in the lead-up to the summit. But how can this summit be inclusive, much less effective in its aftermath, without the substantial inclusion of DoD’s unique capabilities?

Including DoD officials could have contributed to U.S. objectives in three key areas—(1) preparing for and responding to disasters helps stabilize the region; (2) the practical elements of HADR strengthen U.S. soft power which can be used to compete with China; and (3) given the unique role SOUTHCOM plays in the region via high-level visits, donations, and regional programs, it can be a mechanism that re-establishes U.S. trust abroad.

First, with hurricane season already here, HADR efforts are needed to withstand the security and economic shocks of natural disasters. Forced displacement and damage to government buildings can lead to insecurity and irregular migration. How fast SOUTHCOM responds to disasters and the donations it sends down should be a focal point of the summit. Disaster resilience will simply be ineffective if SOUTHCOM’s expertise is not consulted.

Second, U.S. soft power took a hit during the pandemic. Relative to other countries, U.S. bilateral vaccine donations reached the region too late. But Chinese vaccine donations came earlier along with medical services and equipment. As a result, regional governments had space to praise China while describing the United States as a vaccine hoarder. But during this time, SOUTHCOM donations and assistance allowed the U.S. government to say that it still helped the region get back on its feet via field hospitals and medical equipment.

On the climate front, Chinese engagement around disaster relief has increased relative to the past two decades. Most recently, China announced a disaster relief fund for the Caribbean. And China’s economic assistance to the region can help LAC countries invest in climate-resilient infrastructure needed to withstand future disasters.

The United States can also consider working with other like-minded allies and partners such as the United Kingdom, the European Union, and Asian partners like Japan and Taiwan to strengthen HADR initiatives. Taiwan, in particular, has much to contribute; for years it has assisted its eight allies in the region in HADR, like Haiti after the 2021 and 2010 earthquakes, Guatemala and Honduras after hurricanes Eta and Iota, and St. Lucia, St. Kitts and Nevis, and St. Vincent and the Grenadines for hurricane preparedness and agricultural technical assistance. SOUTHCOM can consider bringing Taiwan into HADR exercises like Tradewinds, or disaster response planning.

In short, highlighting DoD’s role in LAC via climate defense and pandemic preparedness could have helped revitalize regional trust in U.S. partnership. The U.S. government is hoping that the summit generated some goodwill amongst LAC nations for months to come and help set a new agenda for regional prosperity and sustainability. But DoD’s HADR efforts will continue to generate goodwill for years. After all, it’s what good neighbors do.

The views expressed in the article are those of the author and do not necessarily reflect those of the U.S. government.

Wazim Mowla is the assistant director for the Caribbean Initiative at the Adrienne Arsht Latin America Center.