The Democratic Battle Over a $15 Minimum Wage 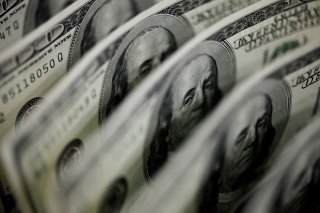 Democrats are facing a string of intra-party divisions—despite holding a government trifecta in Washington—over raising the federal minimum wage to $15 per hour, a progressive priority that may be included in the $1.9 trillion coronavirus relief bill.

Disagreements among congressional Democrats are broiling, as the Senate parliamentarian, the official adviser on procedural issues, is slated to take on the wage hike this week to determine whether it can be featured as part of the massive spending package through a special procedure.

But even if Democrats secure a victory and it’s determined that the $15 minimum wage increase can be added into the relief legislation, some party members are skeptical over if they can rally enough Democrats to stand behind the bold measure with such a razor-thin majority in the upper chamber.

Sen. Tim Kaine (D-Va.) said that he supports a minimum wage increase, though cautioned that “there are some other Democrats who’ve raised some concerns.” Kaine also posed the question, “Even if it can be included, then the question is, are Democrats uniformly supportive?”

Under the proposed law, which is largely based on President Joe Biden’s American Rescue Plan, the package includes a $15 per hour minimum wage boost, up from $7.25 an hour, slowly over the course of four years. The Democratic-controlled House Education and Labor Committee approved of the bill earlier this month, and several key party players have advocated support for the wage effort, like Senate Budget Committee Chairman Bernie Sanders (I-Vt.).

More recently, Sanders has argued that a $15 per hour wage hike “is not a radical idea,” noting that “a number of states have moved in that direction, over 60 percent of the American people think that’s where we should go and that’s what I want to do.”

Sen. Jeff Merkley (D-Ore.), a member of the Senate’s budget committee, took to Twitter on Monday about pushing for the wage increase, saying “A raise in the federal minimum wage hasn’t been approved since 2007. Democrats have the opportunity to get it done & we can’t waste it. A $15/hr min wage must be included in the American Rescue Plan. It will help struggling Americans by more than doubling the national min wage.”

Progressive Democrats stress that a wage jump would help scrape Americans out of poverty, especially after the public health and economic crises.

A recent report by the nonpartisan Congressional Budget Office discovered that a $15 an hour minimum wage would bring nearly 1 million people out of poverty during the course of the next four years but would simultaneously increase the debt by $54 billion and cost 1.4 million jobs.

“Increasing the minimum wage, particularly in the middle of a pandemic when so many small businesses are struggling, would do nothing further than damage the economic welfare of low-income families,” freshman Rep. Byron Donalds (R-Fla.) said, noting that his constituents who are business owners are concerned about the proposal.

“We know that when government raises the cost of doing business for small enterprises, such as through arbitrary minimum wage increases, the workers at the bottom actually get fewer working hours and fewer job opportunities,” Donalds said.

Some more moderate Democrats have balked at supporting a $15 per hour provision as part of the coronavirus legislation, including Sen. Joe Manchin (D-W.Va.), who could serve as a crucial swing vote.

“I’m supportive of, basically, having something that’s responsible and reasonable,” Manchin told reporters, proposing that he’d likely back a provision in the relief bill that’s $11 per hour, adjusted for inflation, since it better-aligns with constituents in his home state. Manchin told reporters this week that if the Senate parliamentarian deems the $15 minimum wage appropriate as part of Biden’s plan, he’ll seek to change it to $11.

Sen. Kyrsten Sinema (D-Ariz.) is also resistant to siding with progressives on adding the sweeping policy change to the bill that could be passed through budget reconciliation.

But before the stimulus passes in the Senate, the legislative process calls for a marathon vote in the upper chamber, positioning influential Senate Democratic centrists in the national spotlight, as their votes can dictate which potential amendments jab at the bill. Most changes to the overall bill only need a simple majority vote.

With progressive Democrats pressing for a $15 minimum wage and moderates reluctant to back the policy in the big-spending measure, experts suggested members compromise over their internal party divisions.

“There are two possible avenues for forging a compromise: the magnitude of the wage increase and timing,” Jacob Vigdor, a public policy and governance professor at the University of Washington, said. Vigdor added that Democrats should consider a smaller boost to the minimum wage, as some Republicans have even considered supporting a wage hike.

“Go low enough and you might even pick up Republican support, as evidenced by the Romney-Cotton proposal,” Vigdor said.

GOP Sens. Tom Cotton (Ark.) and Mitt Romney (Utah) rolled out a proposal Tuesday that would increase the minimum wage to $10 per hour over four years, indicating that there could likely be bipartisan support for a small increase to a minimum wage provision in future legislation.

“When California decided to raise the wage to $15, they established a seven-year phase-in schedule, with a provision to pause the phase-in in the event of adverse economic conditions,” he said. “If factions in the Democratic party won't budge on the $15 target, extending the phase-in to 2028 or later would allow more adjustment time. A compromise could also allow a longer phase-in schedule for small businesses, which has been part of policy in places like Seattle and California.”

The divisions come as lawmakers wait for word from the Senate parliamentarian over whether the wage hike complies with the Byrd Rule, a thorny procedure that outlines what can and can’t be tossed out of Biden’s relief proposal that’ll be passed through reconciliation. Both sides of the aisle are expected to convene with the parliamentarian Wednesday, offering arguments to back their cases.

Biden, who campaigned on a $15 wage in the primaries, expressed doubt that the provision will make it through the Senate, as he told CBS news earlier this month, “I put it in, but I don’t think it's going to survive,” because of the restrictive rules. And considering Biden is leaning against the move to include the wage hike in the bill, it’s unlikely it’ll be approved.

“The minimum wage, in general, enjoys strong popularity among voters. Even reliably red states like Arkansas have implemented measures to raise the minimum well above the Federal level. So it's largely a question of how high is too high, how fast is too fast?” Vigdor said.