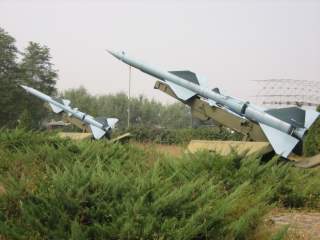 “What is the greatest national-security threat to the United States?” When CNN’s Anderson Cooper posed this question to the five Democratic presidential candidates in last night’s debate, only one named a great power. It’s true that our two main great-power challengers—Russia and China—aren’t nearly as nasty as they were a few decades ago. Russia is a shadow of the mighty Soviet empire in both power and ambition. China is stronger than ever, but it’s also our close trading partner. Doesn’t the biggest danger come, as many of the candidates suggested, from the chaos in the Middle East? Wrong. The mullahs of Iran and the barbarian headchoppers of the Islamic State may dominate the headlines, but they don’t have hundreds upon hundreds of nuclear weapons aimed at our cities and military bases. They cannot marshal their resources to conquer major strategic areas or force our most important allies to turn their backs on us. China and Russia can; more broadly, a confrontation with either could be vastly more costly than one with anyone else, even if it may appear less likely for now.

On the other side of the coin, cooperation with Iran and other middling states has limited benefits—their limited resources aren’t just less of a threat, they’re less of an asset. Many global problems cannot be solved without the big powers. Without China, for example, we won’t be able to address climate change (which Martin O’Malley and Bernie Sanders listed among their top threats). And serious problems often can’t be addressed over the objections of great powers, either—look at Syria, where Russian support has helped prop up a regime we’ve officially wanted gone for more than four years. Finally, merely ignoring a great power's interests or excluding it from a process can have serious consequences—look at how the European Union’s bid for closer economic ties to Ukraine has turned into chaos and civil war, in no small part due to Russia. At bottom, the character of the international system is determined by relations among the great powers more than any other factor—and especially more than any other factor the United States has the power to shape. Bad relations can imperil American security more than anything else.

All these great-power troubles and challenges come in a context where our relations with the great powers are not at rock bottom and where those powers are not as powerful as they’ve been in the past. Yet the international system is in flux. The next president can expect new configurations of power, new challenges. With China getting stronger and probing in the South China Sea, there’s a good chance that sometime between 2017 and 2021, we’ll be forced to choose between heightened confrontation and backing down from longstanding U.S. objectives. And the flurry of diplomacy around Moscow’s moves in Syria has only highlighted that our attempt to isolate Russia is costly and difficult to sustain.

More generally, paying inadequate attention to the great powers leaves the United States in a weaker position when crises with them do arise. Their strong industrial bases make their militaries much tougher to fight. For example, the Taliban in Afghanistan has no air force, so we can bomb them with any aircraft we like, and we don’t need to divert resources to protect ourselves from aerial counterattacks. China and Russia, on the other hand, have top-tier air forces and air defenses, along with state-of-the-art electronic-warfare tools and other countermeasures; only specialized, stealthy aircraft that take many years and many billions to develop can survive long in such a fight. It’s a similar story with our navy (which can stop Somali pirates with pretty much anything that floats, but which would need numerous, high-tech ships to go on offense against China’s navy) and our ground forces (which can spend their days learning counterinsurgency techniques and obscure languages while riding around in ambush-resistant vehicles, or which can develop the advanced tools and tactics needed to win a modern land war). A military tailored to and worn down by the smaller, messier wars of the Middle East will strike less fear in Chinese and Russian hearts. That’s doubly dangerous—it makes them more likely to try something aggressive, and leaves us more likely to need nuclear escalation to stop them. (Look out for an excellent treatment of this issue from Elbridge Colby in the next issue of The National Interest, which will appear online next week, and which subscribers should already be receiving.) Yet it is in the Middle East that several of the folks on stage last night see the greatest dangers. Will they fritter away more power there?

Two candidates’ remarks suggested particular inattention to the great-power factor. Bernie Sanders, in attempting to prove he is “not a pacifist,” noted that he’d supported the 1999 intervention in Kosovo; Hillary Clinton, in defending the 2011 air campaign in Libya, made no mention of Russia or China. Yet both of these wars had a poisonous influence on American relations with Beijing and particularly Moscow. The Russians saw the Kosovo war as a sign that NATO’s expansion was a threat, and had a dangerous faceoff with Western forces at the airport in Pristina; the Chinese, meanwhile, were none too happy when their embassy in Belgrade was mistakenly bombed. And Russia and China both saw the toppling of Moammar el-Qaddafi in Libya as a Western betrayal—they’d allowed a UN Security Council resolution authorizing action against el-Qaddafi in the belief that the goal was merely to stop his forces from laying waste to Benghazi; Western airstrikes then effectively supported the rebels’ advance westward. The lack of trust that resulted has hindered efforts to reach a solution in Syria and elsewhere.

Dangerous inattention to power politics is, of course, hardly confined to the Democratic candidates. Carly Fiorina’s talk of a no-fly zone to protect proxy groups in Syria, for example, is hard to understand from a great-powers-first perspective. What interests do we have at stake in Syria that are worth risking war with Russia? Just as importantly, is Russia more willing to accept that risk than we are? If both sides of the aisle suffer from a fundamental lack of strategic seriousness, the next administration may hold many unpleasant foreign-policy surprises.

John Allen Gay, an associate managing editor at The National Interest, is coauthor of War with Iran: Political, Military, and Economic Consequences(Rowman and Littlefield, 2013). He tweets at @JohnAllenGay.