The Democratic Party’s Pursuit of Power Requires a Response 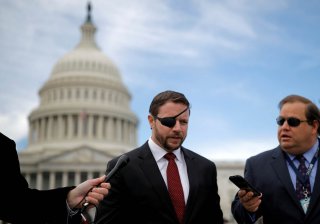 Niccolò Machiavelli believed that polarization between the plebs and nobles was the key to ancient Rome’s success. Where others saw disorder and disunion, Machiavelli glimpsed “those things that were the first cause of keeping Rome free,” as neither side could completely dominate the other, forcing compromise. Every regime, he concluded, must have ways with which “the people can vent its ambition.”

It’s notable that James Madison had a Machiavellian edge. In Federalist No. 51, which is about checks, balances and the separation of powers, he wrote: “Ambition must be made to counteract ambition.” In other words, the most effective check on power is countervailing power.

Machiavelli and Madison are worth keeping in mind as the Democratic Party attempts to reshape U.S. institutions while the Republican Party does little more than complain about the death of decorum.

The legislation introduced Thursday by House Democrats would expand the Supreme Court from nine seats, as it has been since 1869, to thirteen. The bill came accompanied by the characteristically strange rhetoric of the current year. “We’re not packing the Supreme Court, we’re unpacking it,” Rep. Jerry Nadler (D-N.Y.) told reporters. According to Nadler, addition is actually subtraction.

House Democrats have also introduced a resolution to abolish the Electoral College and institute a direct national popular vote for president and vice president. On the one hand, the end of the Electoral College would reduce rural America to serfdom because only the biggest cities in a handful of states would matter in elections. On the other hand, direct democracy would eradicate any meaningful check on one side’s ability to brutalize the other.

On Thursday, Senate Minority Leader Mitch McConnell (R-Ky.) condemned the Democratic Party’s plan to pack the Supreme Court from the Senate floor. The Left, he complained, “aren’t interested in the common good, they want power.” Indeed, the Democrats involved in this scheme are completely unphased by arguments that the late Supreme Court Justice Ruth Bader Ginsburg explicitly opposed court-packing. “If anything would make the court appear partisan it would be that,” she warned.

McConnell’s right, of course, but if the GOP does care about the common good, why does it eschew power? Merely standing athwart history and yelling stop won’t slow down this train. Moreover, the party’s eschewing power is farcical. They are willing to use power, in fact, but in a petty instead of revolutionary way. The GOP is ruthlessly ambitious when it comes to pleasing interest groups. The recent cases of Arkansas Gov. Asa Hutchinson (R) and South Dakota Gov. Kristi Noem (R) are illustrative.

Hutchinson vetoed HB 1570, a measure designed to proscribe chemical or physical castration for minors suffering from gender dysphoria—otherwise known by the euphemism of “gender reassignment” therapy. The veto, he clumsily claimed, stemmed from a desire to “broaden the party.” Hutchinson would expand the big tent by decreasing the ability of America’s sons and daughters to reproduce. For more than fifty years, medroxyprogesterone acetate has been used to chemically castrate sex offenders, according to the New York Times. Today, it is “a commonly used feminizing gender-affirming hormone treatment,” Endocrinology Advisor reports.

Noem took extraordinary measures to dilute and effectively kill HB 1217, a bill popular with her constituents intended to limit transgender participation in women’s sports. Amid mounting criticism, her office decried “conservative cancel culture”—which is another way of saying Noem did not enjoy being held accountable by the plebs.

Independent of their awkward excuses, the truth is that Hutchinson and Noem used the power of their office to appease the Chamber of Commerce, Silicon Valley, and NCAA—all of which have spoken out against HB 1570 and HB 1217.

In fact, McConnell is notorious for being a political gunfighter who uses whatever tactic available to secure an outcome his donors want. The problem is that many of the interest groups the GOP has traditionally served are swinging away from them. President Joe Biden pulled in more billionaire backers than former president Donald Trump in the 2020 election. Last weekend, America’s top chief executive officers met to discuss withholding campaign contributions and financially punishing states that pass laws they claim are restricting voting. The Biden administration is also working with private companies to create “vaccine passports.”

All of these things point to an uncomfortable conclusion for conservatives: corporations are on a war footing with the GOP and its constituents.

Feeling emboldened by their increased corporate support and the GOP’s meekness, Democrats are committed to using power to reimagine our institutions and transform the country. Therefore, it would be a mistake to dismiss them as shortsighted—they come closer to visionary. While addressing Al Sharpton’s National Action Network, UN Ambassador Linda Thomas-Greenfield described that vision.

The “original sin of slavery,” she said, “weaved white supremacy into our founding documents and principles.” Some conservatives have complained about Thomas-Greenfield’s “reckless moral equivalency” of the United States with countries like China. They’re missing the point. If America’s story is as Thomas-Greenfield says it is, then measures like packing the Supreme Court and abolishing the Electoral College are justified by any means necessary. No moral argument, no rational debate, no complaints about double standards will stop a movement that is rewriting America’s history to justify its exercise of power.

The GOP is at a crossroads where it must decide whether it will continue using what power it has to help its enemies or become something altogether new and formidable because only power restrains power.