Does the United States Need a Civilian Nuclear Industry? 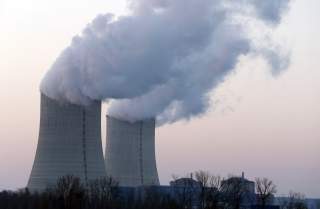 The U.S. nuclear industry is on life support. Two nuclear reactors currently under construction have been canceled. Westinghouse, once at the vanguard of American technology, filed for bankruptcy in 2017 and is now owned by a Canadian firm. These troubles have affected the human capital—technicians, engineers, and other specialists—crucial for innovation in the industry. The United States once held the majority of nuclear-qualified manufacturing certifications—the prestigious N-stamp issued by the American Society of Mechanical Engineers to certify a level of quality for nuclear applications. That ended in 2010 as other countries expanded their nuclear workforces.

Advocates and industry lobbyists are proposing a new structure of subsidies to prop up the industry. Instead of a greater financial cushion, however, what the nuclear industry needs is more transparent exposure to market signals. Knowledgeable investors who have skin in the game could guide investment of money, expertise, and technology. Their collective intelligence could point toward a more sustainable business model that attains value not just in building reactors but throughout the nuclear enterprise, including decommissioning, and agriculture and health applications.

The prospect of lagging interest in reactors distracts the U.S. nuclear industry from focusing energy on other parts of the nuclear value chain where innovation is more likely. Part of the problem for the nuclear industry is that high start-up costs overshadow prospective efficiencies that could come decades down the line. This uncertainty can lead to ballooning costs that make nuclear power prohibitively expensive. The market incentives for investment in nuclear energy may be unclear, but the growth in government-driven programs worldwide shows that an energy market for nuclear energy remains. Nuclear power production grew 1.1 percent in 2018.

As an eco-friendly energy source, nuclear power has potential but also competition from renewables like wind and natural gas. Nuclear advocates promote the carbon-free energy source as justification for subsidies.

According to the widely-respected McKinsey greenhouse gas abatement cost curve, nuclear energy’s stark startup costs will likely limit the construction of new nuclear plans in the next decade or two, at least. In the short to medium term, existing nuclear power plant life spans may be extended to provide constant baseload generation, something which fickle wind or solar output cannot provide. However, improved battery storage and transmission technology could make the entire idea of baseload energy obsolete. Government subsidies, whether to renewables, natural gas, or nuclear, only cloud the issue. It should be up to investors, with access to diverse and comprehensive market information, to bet for (or against) nuclear energy.

Another argument for subsidizing the civil nuclear industry relies on its importance for national defense. Here, the United States walks a fine line: on one hand, the United States has a commitment to uphold the nonproliferation regime. On the other hand, the United States seeks to maintain and even modernize its nuclear arsenal to provide deterrence. In August 2017, former energy secretary Ernest Moniz coauthored the Energy Futures Initiative, a report arguing for greater government support for “robust nuclear energy enterprise” that serves both nonproliferation and nuclear deterrence goals. A particular concern was ensuring the supply of tritium, a hydrogen isotope important for powering nuclear weapons. Government reactors produced tritium until 1988, when they were closed because of cost.

On closer inspection, however, these concerns about the health of the nuclear elements of national security are overblown. The Government Accountability Office finds that tritium reserves are sufficient through the 2030s, and there are other ways to acquire tritium by enriching uranium.

The civilian industry makes the case for electric rate subsidies and exemption of onerous licensing and export controls because of their importance for nuclear weapons and nuclear powered submarines. However, it seems just as likely that the civil nuclear industry is as dependent on the defense industry for talent and investment. The training for civil and military nuclear technology requires the same basic physics, but beyond that, the education diverges. Naval reactors are not the same as civilian ones, and the navy operates approximately 160 nuclear reactors compared to ninety-eight in the civilian sector.

Civilian universities foster research on nuclear science and technology, but the defense establishment may be more interested in state-of-the-art work on artificial intelligence or autonomous technology than nuclear energy. Many of the advances in defense nuclear operations come not from basic nuclear science, but from improved safety and storage technology or warhead design.

To gain its footing, the nuclear industry must look beyond the mainstay of reactor design and construction to different points in the nuclear value chain. At the front end, the United States enjoys a considerable advantage in generating the ideas upon which the global civilian nuclear industry rests. American universities and technical schools remain global hubs of nuclear science. U.S.-based researchers produced 18 percent of the publications in leading journals of nuclear science over the past two decades, more than double Japan, the next most prolific contributor. Few of the new and aspiring nuclear states have the educational infrastructure needed to train the next generation of nuclear physicists and engineers. The United States is their natural partner in helping to build the nuclear workforce and attain the human capital necessary for the next nuclear age. Intellectual leadership in nuclear science has contributed to the development of small modular reactors, potentially the next great disruptive technology in the nuclear energy field. Beyond reactors, nuclear diagnostic and interventionist nuclear medicine are booming and nuclear sciences also play a critical role in agriculture and food safety.

At the back end, the U.S. experience with aging reactor infrastructure highlights the need for experts in nuclear waste management; operating, maintaining, and prolonging the lifespan of older facilities; and eventually the decommissioning of nuclear plants. By packaging training and education with technologies, the United States can shape the global nuclear industry, even if it is not the primary builder of nuclear reactors itself. This can cannot be accomplished through subsidies that blunt the effect of market choices and direct finite investments to unproductive ends. On the contrary, making market signals more explicit could help chart a course for the future that ensures ecological benefits, energy security, and national defense.

Patrick S. Roberts and Ariel Ahram are associate professors in the School of Public and International Affairs at Virginia Tech. Roberts also worked on nuclear affairs in the U.S. State Department from 2017–18.