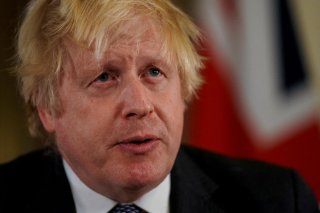 2022 has not started well for Boris Johnson. This week he apologized during the weekly Prime Minister’s Questions session for the gatherings held in Downing Street during the lockdowns in 2020. These parties are unpopular with the public. An inquiry is being made by a veteran civil servant, Sue Gray, into their every detail. The leader of the opposition, Sir Keir Starmer, told Johnson to resign, as did a few of Johnson’s Conservative colleagues.

In the United States and around the world, the spectacle of a British government in the political crosswinds has been studied with interest. In comparison to the United States, where discourse often includes talk of a second civil war, Britain’s current political climate may seem a little quaint. Other commentators see Johnson as analogous to Donald Trump, and delight in seeing him in apparent trouble.

The New York Times has published a withering opinion piece suggesting that with “partygate,” as some have called it, and other recent events, Johnson has revealed “who he really is.” Naturally, that revelation is, in my view, disobliging. Similarly, The Atlantic recently published a soul-searching piece on whether Britain is coming apart at the seams, suffering from the sort of existential collapse reminiscent of the Austro-Hungarian empire. Johnson’s election, and subsequent unpopularity, being just one example of the trend.

But this is where all the analogies break down. For just as Johnson and Trump look only superficially alike, their political careers are likewise poles apart. Needless to say, Britain and the polyglot Austro-Hungarian empire bear almost no resemblance that survives scrutiny.

Johnson himself has presided over some notable achievements, including this year, which observers from the other side of the Atlantic are apt to forget. His government, by being elected in such strength in 2019, was able to break the parliamentary and diplomatic deadlock which had held back Britain’s exit from the European Union for almost five years.

In the midst of a pandemic, Britain’s government stumbled, but it did not do so permanently. Britain was the first country to approve a Covid-19 vaccine and the first country to administer a jab. It has mounted one of the fastest and broadest vaccination campaigns of any country, which so far has meant that as the Omicron variant of coronavirus sweeps the world, the British National Health Service has avoided the increasing numbers of critically ill patients who are crowding hospitals across the globe, including in the United States and much of Europe.

In national security terms, Johnson has presided over the Integrated Review—a significant piece of grand-strategic thinking in recent British history—and concluded the AUKUS agreement with the United States and Australia, giving Britain a more significant voice and role in the continued security of the Indo-Pacific. Britain carried off the COP26 summit, in which more commitments were made to decrease worldwide emissions even in a time of increased political, economic, and environmental nationalism worldwide.

Johnson himself has been accompanied by press comment and criticism for his entire political career. He survived leaving the shadow cabinet of Michael Howard under a cloud almost two decades ago, which many then declared the inevitable end of his political career. He was elected mayor of London twice, the only person to lead the historically Labour city as a Conservative. After he chose not to stand in the 2017 Conservative party leadership contest, many forecast the end of his career in front-line politics. After Johnson resigned as foreign secretary in protest at Theresa May’s Brexit deal, many commented that he would never again reach cabinet.

In the 2019 general election, Johnson surpassed expectations to win scores of seats which voted Labour for the entirety of living memory, with his party winning the largest majority since the general election of 2001.

The year has not begun well for Boris Johnson. But as his career demonstrates, he is a political survivor, capable of achievement even when accompanied by colorful stories. It would be unwise to count him, or Britain, out.

Dr. Azeem Ibrahim is the Director of Special Initiatives at the Newlines Institute for Strategy and Policy in Washington, DC. @azeemibrahim.