Is Donald Trump a Realist? 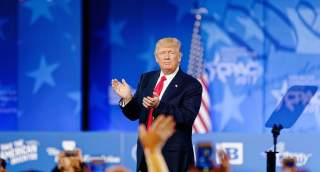 President Trump, when he was candidate Trump, was a darling of the realists. And for good reason—his motto was “America First”; no longer would the United States sacrifice its own interests to benefit those of other states. To that end, he promised to renegotiate trade agreements. He would declare China a currency manipulator. He questioned the value of military alliances, especially if allies did not pay more to defend themselves. He seemed comfortable letting Japan and Korea go nuclear if they sought to rely less on the American strategic nuclear umbrella. He opposed increasingly open immigration policies, such as those promoted by President Obama and implemented by several European states, notably Germany. He was not enthralled with the notion of nation building. He had little time for major nongovernmental institutions such as the UN. Most notably, he advocated a more harmonious relationship with Russia, which he saw as a key to resolving the Syrian Civil War.

Realists are beginning to have second thoughts. It is one thing to put American interests first. It is quite another not to recognize that those interests include alliances and trade agreements, and even, in some cases, multinational organizations. In terms of his rhetoric, especially his tweets, it appears that the president does not recognize the subtlety of that difference.

The president seemingly believes—or has been led by his closest advisors, notably Steve Bannon, to believe—that trade issues are purely a domestic matter and do not impinge on national security. Thus he was quick to announce that the United States was no longer interested in joining the Trans-Pacific Partnership, or TPP. What he has failed to recognize is that by doing so, he has opened the door to a Chinese-led trade partnership in the Pacific that would freeze out the United States. Moreover, whereas the TPP, indeed other trade agreements, include provisions that would limit other states’ unfair trading practices, such as the exploitation of child labor (which permits underpricing of products competing with those of the United States, which bans such labor), a new China-led trade pact would have no such provisions.

Of course, the president could offset such foreign advantages by imposing new tariffs on foreign goods; he has indeed promised to do so. Yet it is unclear how the American economy would benefit from a trade war with its Pacific trading partners, since they are likely to retaliate with tariffs of their own. Moreover, since so many elements of the value chain that underpins American-produced goods actually are foreign made, any new barriers that the Trump administration might impose could seriously harm American manufactures. To some extent, abrogating the North Atlantic Free Trade Agreement would result in similar disadvantages for American producers, particularly with respect to Mexican goods that are part of the production value chain. These are hardly “America First” policies; indeed, they smack of the very kind of ideologically driven impulses that make realists shudder.

The president may have emphasized during his campaign for office that he opposed Operation Iraqi Freedom; in practice, to abandon Iraq or, indeed, Afghanistan would be to hand those countries over to Iran and the Taliban respectively. Iran’s influence in Baghdad continues to grow, as does the Taliban’s reach in Afghanistan. Given Trump’s deeply held concerns about both Iran and terrorists, it would hardly be putting “America first” to give them even more influence in those troubled countries.

President Trump’s tweets regarding the utility of alliances overlook their value to American national security. It is true that many allies are spending far less on their national security than they did during the Cold War, and therefore seem to be relying on the United States to bear the costs of their protection. Nevertheless, the president does not appear to be cognizant of the noncash contributions of allies that do have significant monetary value. Examples include the cost of supporting and maintaining overseas bases, whether in Europe, Japan, Korea or the Arabian Gulf, and the savings resulting from pre-stocking equipment in allies as varied as Israel, Kuwait, Qatar, the Netherlands, Norway, South Korea, Japan and—a non-ally—Sweden.

Again, the president’s seeming indifference to international organizations might seem sensible with respect to several United Nations agencies—for example, its Human Rights Council—or even the United Nations itself. But it makes no sense whatsoever with regard to the International Monetary Fund, or the World Bank, which are essentially American creations and whose activities continue to be dominated by Washington’s preferences. Were the United States to exit the IMF and the World Bank, China would be sure to fill the vacuum. It has already launched its own Asian Infrastructure Investment Bank to compete with the World Bank in Asia. Given the president’s vocal concern about China’s growing economic influence, to leave these organizations to Chinese competition, or even their domination by Beijing, would be a major setback for U.S. interests.

Indeed, the same might be said of NATO; there is hardly a NATO initiative that did not have its origins in Washington. Were NATO to be disbanded, many of its members would no longer respond positively to American initiatives, as has long been the case. Moreover, NATO provides a unique advantage to the United States: by deploying its forces and equipment overseas, and committing itself to deter aggression against its overseas allies, the United States virtually ensures that in any conventional conflict, and even perhaps in the earliest stages of a nuclear conflict, it would not be fighting on its own territory. Walking away from NATO could hardly be described as ensuring that America is “first.”

Moreover, while improved relations with Russia (a “reset” by another name?) are to be welcomed, it takes two sides to improve relations. There has been much talk about the kinds of concessions that the United States might make to Moscow, such as lifting sanctions or formally recognizing Russian interests in Crimea, Ukraine and Syria. There has been far less clarity regarding what the Trump administration might expect in return. Surely the president, who authored (with a ghostwriter) a book called The Art of the Deal, should know that no deal without reciprocal concessions is worth terribly much.

His tweets and other public musings notwithstanding, Trump has in practice thus far proved himself to be very much the realist. As a result of his meeting with Canadian prime minister Justin Trudeau, he no longer speaks of abandoning NAFTA, but rather updating it. As a result of his meeting with Prime Minister Abe of Japan, he no longer speaks of Tokyo going it alone militarily. He may have taken a call from President Tsai of Taiwan, but he has openly reverted to a “One China” policy and has yet to fulfill his promise to label China a currency manipulator. Whatever he may have tweeted about NATO, he has yet to withdraw one soldier from Europe, or curtail American military exercises with NATO allies or non-allies such as Sweden. Indeed, the administration is contemplating increasing force levels in Europe, notably in the smaller members of NATO. This is hardly a sign of receding American interest in that organization, but it is a message to Russia that belies the president’s seemingly mild response to Moscow’s aggressive behavior. Indeed, the president no longer speaks of having the United States withdraw from any international organization, including the UN, to whom he has appointed a top-flight ambassador, former governor Nikki Haley.

Realists were disconcerted when the president insisted that he would move the U.S. Embassy in Israel from Tel Aviv to Jerusalem. A visit from King Abdullah of Jordan, whose commitment to peace in the region is beyond doubt, put paid to that idea, at least for time being. The king argued persuasively that moving the embassy would undermine any efforts by the president to forge an agreement between Israel and the Palestinians. Indeed, the president also backed away from his musings about a one-state solution to the Israel-Palestine conflict, and counseled Prime Minister Netanyahu not to approve the construction of ever more settlements. It was now the turn of the ideologues, both in Israel and the United States, to squirm in discomfort.

The president has shown himself willing to modify his ideological stance even with respect to immigration. Once the courts had made it clear that his original executive order would not stand, Trump issued an amended order that dropped Iraq from the list of countries to whose citizens an American visa would not be granted. He recognized, however belatedly, that Iraq was critical to his objective of totally defeating the Islamic State, and he responded accordingly.

In sum, the president has thus far revealed himself to be far more of a realist than might have been expected from his rhetoric either during the campaign, subsequent to his election, or since he has taken office. No doubt he will continue to rattle domestic and overseas observers with his late-night musings, and the presence of Steve Bannon and his acolytes at the center of power rightly will be a source of consternation for foreign governments as well as many American policymakers and experts—on Capitol Hill, among many in the military and national-security civilians, and in the think-tank world. Nevertheless, and for the time being at least, even Trump appears to recognize, perhaps grudgingly so, that the world of international security is not the New York property market. He may be backing into a realistic assessment what is needed to pursue an effective national-security policy, and that degree of realism should be a source of cautious optimism for all who look to continued American leadership in an increasingly unstable and challenging world.