Elections in Palestine: Prelude or Ploy? 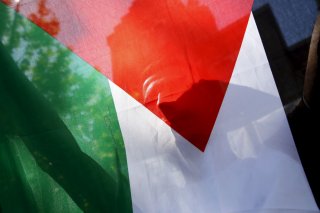 For nearly two months after the U.S. presidential election in November, Donald Trump attempted to subvert the results of the democratic process and remain in power. Ironically, his inability to do so prompted another would-be-authoritarian half a world away—one who has managed to succeed repeatedly where Trump failed—to risk his grip on power and return his electorate to the ballot box.

On January 15, Mahmoud Abbas, the president of the Palestinian Authority (PA), announced that parliamentary and presidential elections would be held in May and July, respectively. If they take place—there have been many false starts in the past—they would be the first elections for the PA in fifteen years.

While Joe Biden’s victory was far from the only motivating factor, it was almost certainly the trigger. Since his term ended in 2009, Abbas, eighty-five, has resisted persistent demands from the public to hold elections. But after four harrowing years on the receiving end of Trump’s anti-Palestinian approach to regional affairs, the PA president is desperate to find his way into the new White House’s good graces.

On the surface, PA elections appear to be a welcome development. The past dozen years have been an especially dysfunctional time in Palestinian political life. In 2007, a geographic and institutional rupture occurred that divided governance between the Fatah-led PA in the West Bank and Hamas in the Gaza Strip. This schism has fostered deep political and social stagnation as both sides rule their respective territories like police states, repressive of, and unaccountable to publics that are increasingly dissatisfied with their unwillingness to reconcile, their poor governing performances, and their failure to advance the goal of national liberation.

Nonetheless, election cynics abound, even among pro-democracy voices. Generally, they fall into two camps: Those who believe that the political elites have no intention of holding a free and fair process, and will only use a sham vote to confer legitimacy on themselves in order to satisfy the demands of external patrons; and those who think that irrespective of their fairness, holding elections for the PA only serves to reinforce a political structure that has outlived its purpose and become a burden on the Palestinian people. Both camps argue that significant institutional reform, especially to the near-defunct Palestine Liberation Organization (PLO), is more important and should be the immediate priority.

While these arguments certainly have merit, they miss a crucial point: There is no pathway to the reform they seek without dislodging the obstructionists to change currently in power. Although PA elections are limited in scope and not guaranteed to accomplish this task, they are simply the most accessible instrument for breaking the authoritarian stranglehold over Palestinian institutions and kickstarting a process of reform that can spread outward. In other words, reform doesn't only need a program, it needs a viable agent.

The concern that PA elections will not be free and fair is widespread. Roughly half of Palestinians in the occupied West Bank and Gaza have no faith in the electoral process, according to recent polling data. This pessimism is grounded in years of bitter experience—not with previous elections per se, which have been few but acceptable, but in the entire project of self-governance.

The Abbas-era, in particular, has been marked by the monopolization of institutional power and the suppression of dissent, including political opposition, traditional and social media, and civil society. In Gaza, Hamas’s tenure since seizing power in 2007 can be characterized in similar terms. In short, they are authoritarians, not democrats, and their underlying motivations for holding elections have nothing to do with restoring the democratic process. As Alaa Tartir points out in his thorough critique of the elections, these Palestinian leaders are only interested in the “trappings” of democracy, rather than the genuine article.

International observers may ensure a clean race on election day, but the run-up period will matter more in determining fairness. At the moment, it is unclear whether candidates and parties outside Fatah and Hamas will be able to conduct campaign activities without interference. Although political factions recently agreed in Cairo to a number of steps aimed at safeguarding the election timetable and results, years of repression have decimated political opposition, leaving other actors without infrastructure or time to mobilize significant bases of support.

Moreover, Abbas has already taken extraordinary measures to undermine the independence of the judiciary, which will be responsible for adjudicating election challenges. Reports of politically-motivated arrests persist, even since the election call last month. Such interference is not the sole prerogative of the Palestinians’ autocratic leadership, either. Israel, too, has played a significant role in hampering Palestinian democracy by preventing residents of East Jerusalem from participating in the electoral process, and by harassing and imprisoning elected officials and potential candidates. The international community has also stymied Palestinian democracy, primarily by refusing to accept the Hamas electoral victory in 2006, which ultimately led to the rift that has divided Palestinian politics ever since. All of these factors have clouded the people’s trust in a free and fair democratic outcome.

Yet elections are not only worthwhile in spite of these facts, but because of them. While Palestinian political elites may not be earnest in their democratic intentions, the upcoming vote still presents an opening to break, or at least weaken, their grip over the institutions of governance. Fatah and Hamas leaders have eschewed elections in the past because the ballot box is a mechanism for accountability and a threat to their exclusive control. Although the conditions for a fair vote are not ideal this time around, they still provide an opportunity for new voices and ideas to enter the political conversation, and for the participation of younger people long-marginalized from the political arena.

Indeed, since the announcement of elections, political activity has picked up. Even competition within political factions like Fatah and Hamas is visible as intra-party rivalries emerge. It is clear that Abbas’s style of leadership has led to fissures within Fatah and marginalized many influential people in the movement. While this strengthened Abbas’s hold over his party in recent years, it could prove detrimental during an election when factional unity is critical. Hamas is also vulnerable. The Islamist party won the 2006 election because it ran on a platform of clean governance and in opposition to Fatah corruption. Yet this image has been sullied during their years in power.

Recent polling from December shows that Hamas leaders and Abbas are very unpopular, with 61 percent wanting the latter to resign and only 31 percent believing he is the best candidate in his party. Several other figures, including the imprisoned Marwan Barghouti, command far more support among the public.

Moreover, for the first time, these elections will be run under a system of full proportional representation in party lists—much like in the Israeli parliament. This will likely prevent any single party from dominating the legislature and force coalition-building instead. Indeed, credible reports have already circulated claiming that Fatah and Hamas may run a joint list. While this would likely ensure they emerge with the biggest bloc, it is also a desperate gambit that demonstrates fear and uncertainty over the potential outcome.

Holding Up the Status Quo?

Beyond concern over electoral integrity, there is also apprehension that elections provide a pathway for the international community to continue its unthinking support of the PA, the Oslo Accords, and the moribund peace process, while paying lip-service to the less-than-viable “two-state solution.” In other words, the world is able to continue ignoring the one-state reality that has ensued from Israel’s deepening and, likely, permanent control over the occupied territories.

This concern is also widespread and gets to the heart of Palestinian anxiety over their future, and their leaders’ willingness to mortgage that future in order to stay in power. It also demands essential questions be asked, such as: What is the purpose of the PA today without a path to statehood; and do elections reaffirm this institution at a time when its future is—and should be—in doubt?

Unfortunately, these questions have no easy answers because of the complexity of the situation. Palestinians not only live in a bifurcated authoritarian system but also under military occupation, which is further convoluted by the Oslo framework and its patchwork zones of PA and Israeli military jurisdiction and layers of bureaucracy. Moreover, the Oslo process created the PA as a provisional governing entity not to last beyond the five years set for Israel and the PLO to negotiate final peace terms. Yet the PA still operates more than twenty years later unmoored from the diplomatic process that brought it into existence. Over that period the PA has managed to subsume the PLO in spite of the former’s transient and parochial nature, and become the central political entity of Palestinian life. This outcome was unforeseen at the time of the PA’s establishment and has been incredibly damaging to the Palestinian people and their cause.

Yet reversing the clock on Oslo and returning 5 million people to live under direct Israeli military rule is likely impossible, not to mention undesirable. So, too, is revitalizing the PLO without first decoupling it from the PA and preventing officeholders like Abbas from leading them both simultaneously. Given the PLO’s arcane structure and the Palestinians geographic dispersal, Abbas is even more capable of manipulating Palestinian National Council (PNC) representation than he is in PA elections. In fact, that is exactly what happened in 2018, when Abbas convened a meeting of the PNC in Ramallah and used it to seat more loyalists in order to rubber-stamp his continued rule.