Face-Off: China vs. ASEAN in the South China Sea and Beyond 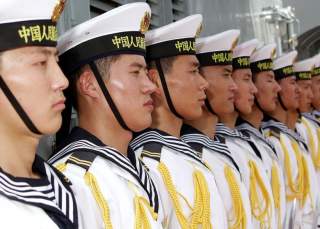 By all possible measures, 2014 was a roller-coaster year for East Asia, particularly for the countries of the Association of Southeast Asian Nations (ASEAN), which have anxiously watched Beijing’s widening shadow of influence and territorial assertiveness across the region. China kicked off the year with a bang, introducing a second amendment to its fisheries law in Hainan, which placed additional restrictions on the freedom of movement of foreign fishing vessels, particularly Vietnamese nationals, in the South China Sea.

This was followed by an intensified showdown with Filipino forces stationed at the Second Thomas Shoal, placing tremendous pressure on the United States to check China’s yet-another bold foray into a treaty ally’s 200-nautical-mile Exclusive Economic Zone (EEZ). Manila was gripped by panic, keeping in mind the Scarborough Shoal standoff in 2012, which ended up with Beijing taking full control of the disputed feature and shunning any joint-development/management arrangement with the Philippines.

The ultimate crisis, however, was sparked by China’s rash decision to dispatch a giant oil rig into Vietnamese claimed waters, precipitating the greatest diplomatic crisis between the two Communist countries in the post–Cold War period. Unwilling to allow Beijing further territorial gains, both Vietnam and the Philippines mobilized their diplomatic and military resources to put a lid on China’s salami-slicing strategy in the South China Sea. Vietnam went on the PR offensive, broadcasting videos of Chinese Coast Guard vessels violently confronting their Vietnamese counterparts, vehemently criticizing China in international platforms such as the United Nations (UN), and lobbying ASEAN to censure Beijing’s provocative actions. Hanoi’s efforts somehow paid off, prompting ASEAN to, quite uncharacteristically, indirectly criticize China’s actions, while Beijing eventually withdraw its oil rigs and reopened communication channels with its southern neighbor.

The Philippines also pushed back against China, moving ahead with filing a lengthy memorial (legal complaint) at the Arbitral Tribunal at The Hague, broadcasting pictures suggesting expanding Chinese construction activities across the South China Sea, and soliciting maximum American support by signing the Enhanced Defense Cooperation Agreement (EDCA). In ASEAN, the Philippines pushed for a Triple Action Plan (TPA), which called on all claimant parties to, in accordance with the 2002 Declaration on the Conduct of Parties in the South China Sea (DOC), freeze construction activities and coercive actions in disputed areas, finalize a Code of Conduct (COC) and consider third-party arbitration, based on UN Convention on the Law of the Sea (UNCLOS), as the ultimate mechanism to resolve long-standing territorial disputes.

Unsurprisingly, China has refused to reconsider its territorial claims in the South China Sea, and has officially boycotted the arbitration procedures at The Hague by ignoring the December 15 deadline to submit its countermemorial. Towards the end of 2014, however, there were serious indications that China is committed to dial down tensions and revive diplomatic channels with its maritime neighbors, particularly Japan and the ASEAN countries. But there should be no room for complacency. China may be simply employing a temporary rollback of its aggressive rhetoric and actions in favor of maintaining a long-term strategic advantage in the South China Sea and the broader Asian theatre. With Malaysia—an active claimant state in the South China Sea, which has maintained robust and constructive relations with China—taking over the ASEAN’s chairmanship, there is a unique opportunity to decisively reassert the regional body’s centrality as an engine of integration and instrument of conflict-management in Asia.

Far from a monolithic expansionist power, China is a calculating and perceptive power, which has leveraged both its economic power—by some measures now the biggest economy on earth—and traditional diplomacy to reassert its historical leadership in East Asia. Beijing has pushed its territorial claims across East Asia, while preserving sufficient stability and diplomatic goodwill to preserve intraregional trade and investment networks, which have transformed China into a global manufacturing powerhouse. In short, the Chinese leadership wants to have its cake and eat it, too.

China’s strategic success rests on its unique ability to exploit power vacuums in East Asia, both during and after the Cold War, and recalibrate its actions once the balance of forces turns unfavorable. This is precisely what China has done, as MIT Professor Taylor Fravel put it, after every major diplomatic crisis with its Southeast Asian neighbors throughout the post–Cold War period, particularly after the 1994 mischief reef crisis and the 2009-2010 territorial spats with the Philippines and Vietnam.

In both instances, China first exploited the power vacuum created by the United States’ withdrawal from the region (i.e., closure of American bases in Clark and Subic in 1992) and/or perceived geopolitical decline, particularly after the 2007-08 Global Financial Crisis. But once China realized that it may have overplayed its hand and allowed its rivals to play on lingering anxieties among Asian states vis-à-vis China to mobilize a countercoalition, there was a swift rethink in Chinese tactics (not long-term objective and strategy), with Beijing reverting to the language of diplomacy, trade and historical ties to calm down regional tensions. And this is precisely what China has been doing in recent months, with President Xi Jinping and Premier Li Keqiang embarking on a diplomatic charm-offensive across the Asia-Pacific theater to emphasize China’s indispensability to Asian prosperity and security.

The ASEAN has been rightly encouraged by the more conciliatory language emanating from China. Southeast Asian countries have been particularly encouraged by Xi’s decision to resume discussions over confidence-building measures (CBMs) with neighboring states such as Japan and Vietnam as well as the United States. The prospect of a China-ASEAN hotline and defense ministers’ dialogue has solicited praise and optimism across the region.

With the Philippines hosting the Asia Pacific Economic Cooperation (APEC) summit this year, Filipino top leaders will finally be able to welcome their Chinese counterparts, particularly President Xi and Foreign Minister Wang Yi. This could go a long way in reviving frayed relations between the two neighbors, which have been locked in a bitter territorial dispute, and “lawfare” at The Hague. It is highly unlikely that there will be any major agreement between the two sides on the sidelines of APEC. The key objective, however, is to set the tone for more amicable relations after Filipino president Benigno Aquino steps down from office in 2016, paving the way, most likely, for a more pragmatic leadership under current Vice President Jejomar Binay, who is widely seen as the runaway winner in the next presidential elections. Other potential future presidents such as the current interior secretary Manuel “Mar” Roxas, a former Wall Street venture capitalist, are also seen as experienced technocrats, who would seek to resuscitate largely frozen trade and investment ties with China. The Philippines is the only East Asian country that doesn’t count China as its top trading partner, reflecting the huge room for expansion in Philippine-Chinese economic relations.

What is at stake is also the credibility of ASEAN as an arbiter of peace in the region. For decades, the regional body has successfully socialized its members—composed of communist, liberal-democratic and autocratic regimes—along the principles of nonaggression and consensus-driven diplomacy, transforming Southeast Asia into a de facto security community, where it is almost inconceivable for any member-nation to wage war against another. Preventive diplomacy and cooperative security is the name of the game in ASEAN.

However, when it comes to the South China Sea disputes, involving ASEAN members and China, the regional body has yet to craft an optimal response. ASEAN is yet to finalize the negotiations over the implementation of the DOC and the guidelines of the COC. More worryingly, ASEAN isn’t equipped with the legal mandate and bureaucratic capacity to enforce compliance with regionally accepted principles and rules. With respect to maritime disputes, it was only under the chairmanships of Vietnam (2010) and Indonesia (2011) that we saw a renewed push for negotiating a COC in the South China Sea. But there was a limited follow-through—if not outright sabotage—in the succeeding chairmanships.

Malaysia’s chairmanship of ASEAN could inject a new dynamic into the picture. On the one hand, Malaysia, unlike Brunei and Taiwan, is an active, sovereign claimant state. Malaysia has also been increasingly concerned with China’s ever-expansive paramilitary patrols, constructions activities and military drills in the South China Sea. No wonder, Malaysia has been hedging its bets by rapidly developing its naval deterrence capabilities within its continental shelf and EEZ.  On the other hand, contrary to Vietnam and the Philippines, Malaysia has maintained robust and friendly ties with China. This gives Malaysia a unique combination of incentives and diplomatic capital to resuscitate negotiations over the COC, in hopes of dissuading China and other claimant states from unilaterally altering the status quo.

Overall, there are many reasons to be cautiously optimistic vis-à-vis the possibility that this year could mark a diplomatic milestone in the South China Sea disputes. It is high time for ASEAN to step up to the challenge and prevent a brewing territorial conflict from undermining decades of relative stability, which has underpinned the phenomenal economic dynamism of the region. But much will depend on the willingness of China—the most consequential indigenous power in Asia—to place enlightened self-interest above zero-sum jostling for strategic advantage in adjacent waters.