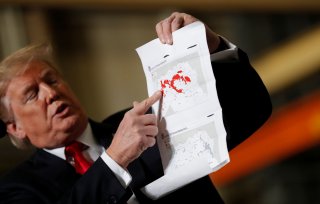 The FBI has concluded that the Pensacola shooting perpetrated by a Saudi Arabian military member had been motivated by Al Qaeda. On December 6, 2019, Mohammed Saeed Alshamrani killed three young American Navy sailors, robbing them of their futures. Personally, I have believed that America’s obsession with the Islamic State has been detrimental to its national security.

While the Islamic State was and remains a threat, America assigned its relative importance because of its brutality and ability to capture territory in a short amount of time. The Islamic State, however, did not have a brilliant strategy. Instead, it wielded its massive strength at a time when Syria and Iraq were both suffering from state collapse. The group was never able to hold onto the territory it captured, as its sheer brutality ran counter to establishing itself as an alternative mode of governance, and many of their members defected to other groups. Unlike its former ally and later competitor, Al Qaeda, the Islamic State created too many enemies, isolated the populations under its control, and made itself a target, both formally and informally, to Western and Muslim governments.

Still, U.S. policymakers directed all of their attention at this particular group, while ignoring the real fabric and root of the problem: the ideology of Salafism. The U.S. counterterrorism strategy mainly focuses on organizations, rather than a state-sponsored ideology. And when U.S. officials do accept the role of ideology, they treat it as emanating only from deviants in terrorist organizations. The reality is far from this, as Salafism was not invented by Al Qaeda. Even though most Salafis are nonviolent, their ultra-orthodox ideology breeds hatred and sectarian division. America’s misdirected counterterrorism strategy also fails to tackle the fact that terrorists and fighters from one group defect to another one. When Tahrir al-Sham (HTS) was created, large numbers from Ahrar al-Sham and the former U.S.-backed al-Zinky group joined it. As the Islamic State was defeated, its members funneled into other groups with similar ideologies. Moreover, due to America’s obsession with toppling Bashar al-Assad, it ignored and undermined the Nusra Front, which later became HTS, which had strong and expansive alliances with the Free Syrian Army and other militants in Syria.

Those who argue that HTS is an independent entity from Al Qaeda are wrong. It’s continued rebranding shows that it is a pragmatic group that seeks to create the illusion of being separate from Al Qaeda in order to gain both international and local legitimacy and support. The fact that al Qaeda is a decentralized movement, with its franchises having considerable autonomy, and dispersed by both space and time, makes it easier for this imagery to be transmitted to local civilians and foreign governments. While it’s main enemy is the United States, it’s priority has always been to dominate the “Syrian Revolution” due to major strategic goals and without this rebranding it wouldn’t have been able to embed itself as successfully in it. Every insurgent group is composed of militants with different perspectives and goals who might want to drive the movement in a different direction. HTS is not an exception, but what it’s rebranding reveals is that it was not dormant when it heard statements from officials like General Petraeus who wanted to use it to fight ISIS. It has rebranded itself in order to conceal its ideology, it’s internationalist nature, and it’s links to Al Qaeda. It implemented this strategy to avoid attention from Western governments and take advantage of the fact that we needed the Syrian dictator gone.

But these failures, of misidentifying and improperly prioritizing threats will have terrifying repercussions on America's national security, as the largest terrorist challenge that the United States has faced is Al Qaeda. In Syria, the Nusra Front was patient, flexible, and calculating. Al Qaeda follows the example of Osama Bin Laden, who was highly strategic and knew how to transmit and express the images of religion to incite others to become martyrs. It is obvious that Al Qaeda holds dear Abdullah Azzam’s message of global jihad and avoiding disunity in the Muslim world. While the Nusra Front also considers Shia Muslims to be apostates, it did not imitate the Islamic State with their mass murders, seeing that as detrimental. It has also avoided pronouncing other groups as apostates of Islam, avoiding the division that the Islamic State created.

Relations with a town were warm enough that the people labeled Nusra “Jabhat al-Buchamel,” after their tribe. Unlike the Islamic State, many Syrian civilians think positively about Al Qaeda’s affiliate, and the group is able to obtain local support. It was also able to do what the Islamic State could not: prioritize objectives, by first waging a war against apostate regimes in the Arab world, in order to later do the same against the West. While Al Qaeda’s main enemy is the United States, regional dynamics force it to first concentrate its war against the Syrian dictator, as they require territory to be able to stage attacks abroad.

Saudi Arabia and the UAE have tried to eliminate the Islamic State while allowing and attempting to regulate Al Qaeda. America’s lack of pressure on Saudi Arabia and its allies will come back to haunt it once the Islamic State has completely vanished from this world. Al Qaeda’s own senior leadership has tried to conceal its links with the Nusra Front so their Syrian affiliate’s reputation and credibility remain unaffected. A lesson remains: these groups can become dominating forces because they can act strategically and also because there is a fertile framework for the ideology to spread to other people. Saudi Arabian clerics, private sponsors, and state actions and strategic interests allow this to happen. The Al Qaeda franchise in the Arabian Peninsula, AQAP, that the FBI blamed for motivating the Pensacola shooting, has received direct assistance from Saudi Arabia.

In Yemen, Saudi Arabia has given American-made weaponry to groups and tribes affiliated with AQAP in exchange for their loyalty. Some of the supporters, recruiters, and officials of AQAP have freely transited through Saudi Arabia and have received military and financial help. These individuals are featured in the U.S. Treasury Department’s specially designated global terrorist list. For example, Abduljamid al Zindani, who is on the list, meets with Saudi officials and advisors to the king to discuss operations in Yemen. Nayif al Qaysi, an AQAP official and financier, facilitated the group’s expansion in his governorate in Yemen. This same man was portrayed in 2017 as a hero by Saudi Arabian television. While AQAP opposes the Saudi monarchy in theory, in practice they have shared interests in fighting the Houthis, as well as a similar religious orientation.

The Pensacola shooter, Mohammed Saeed Alshamrani, was shot dead by sheriff deputies. But what if he had been captured? The problem with indoctrination is that more jihadists leave prison than they enter. In Salafi doctrine, prison is one more step an individual must take. It is one more objective. For Salafi jihadists, being imprisoned is a sign from God that they are on the right path. This thus becomes part of their mission: to spread the ideology wherever they are.

Al Qaeda once published a doctrinal article explaining why imprisonment is education to unite Muslims. In fact, if a person looks at the historical development of this idea, then they can see that many Sunni thinkers developed their doctrines from prison—like Ahmad ibn Hanbal in the eighth century and Abu Hamid al-Ghazali in the twelfth century.

The time for naivety is long gone. The CIA originally failed to take Osama bin Laden seriously because it believed that he was too “primitive” to be a threat to the United States and the West. That was a grave error. America cannot continue committing the same mistakes of the past.