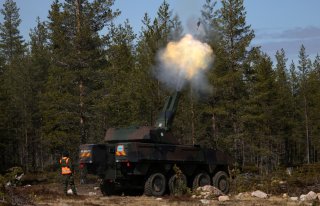 Russia’s February 2022 assault on Ukraine forced Finland to reassess the foundations of its security doctrine, resulting in Helsinki’s bid to join NATO. After brief hesitation, a surprised Sweden followed its closest partner. The Nordic duo has received exceptional bipartisan support in the United States. Senate minority leader Mitch McConnell, for instance, called their accession “a slam dunk” for American security. The view was overwhelmingly shared in the Senate, which voted 95-1 to add Finland and Sweden to NATO. America’s allies have also welcomed their membership ambitions. By early October, twenty-eight of NATO’s thirty member states had ratified their entry into the transatlantic alliance.

Despite their close ties and many similarities, Helsinki and Stockholm will not be identical twins in NATO. Rather, their aims and interests once in the alliance will reflect their different strategic cultures and, more importantly, their dissimilar geostrategic locations. Whereas Sweden will be a crucial springboard for possible NATO operations in Northern Europe, including the Baltic Sea, Finland will be a frontline state, situated in the vicinity not only of St. Petersburg but also of the Kola Peninsula—home to Russia’s Northern fleet, and, more crucially, it’s nuclear second-strike capability.

Finland’s geostrategic position will turn it into NATO’s northeastern flank. In other words, Finland is not only a Baltic but also an Arctic power, and, as a NATO ally, it will connect the alliance’s eastern and northern flanks, significantly strengthening the allied foothold in NATO’s primary zones of friction with Russia. The way Finland is integrated into NATO will thus have a significant impact on how NATO’s deterrence and defense posture towards Russia evolves. Moreover, Finland’s (and Sweden’s) accession will potentially bring about a new division of labor in the Northern European theater.

Finland as a Baltic Power

The Baltic Sea region emerged as a potential NATO-Russia hotspot in the wake of Russia’s first invasion of Ukraine in 2014. As a response, NATO improved its readiness, drew up new regional operational plans, and, most notably, established multinational battlegroups to reassure the Baltic states and Poland. After Russia’s 2022 invasion of Ukraine, NATO’s attention has more evenly been on the entire Eastern flank extending from the Baltic Sea to the Black Sea.

That said, the Baltic Sea region will remain susceptible to NATO-Russia tensions, as Moscow shows no signs of refraining from its aggressive behavior. The Baltic states have called for a permanent and more robust allied presence in the region. Major NATO allies, such as the United States, the United Kingdom, and Germany, have deployed additional troops to reassure their Baltic allies. At the 2022 Madrid summit, NATO committed to scaling up the battlegroups to a brigade-level “where and when required” and prepositioning equipment for allied reinforcements.

Finland’s accession will improve NATO’s ability to defend the Baltic States, particularly Estonia. Finland’s airspace, territory, and seaports will be at the disposal of allied forces. The distance between Finland’s southern and Estonian’s northern coast is between 50 and 75 miles—well within the range of Finland’s evolving precision strike capabilities. Finnish high-level military leaders have already pointed out that Finland’s new F-35 stealth fighters’ long-range capabilities will be aimed at deterring Russia from carrying out major military build-ups in Finland’s vicinity—a fact that Russia needs to consider in its operational planning.

Finland’s entry will also enhance NATO’s maritime posture in the Baltic Sea region. Interestingly, the Estonian defense minister recently suggested that, as treaty allies, Finland and Estonia could integrate their coastal defenses, enabling the alliance to block the Russian Navy’s access to the Baltic Sea through the Gulf of Finland bottleneck. Finland—which has maintained a strong mine-laying capability—has a considerable national interest to defend the Baltic Sea, since its economy and society at large are highly reliant on the free flow of supplies across the sea, portrayed as Finland’s lifeline.

Finland as an Arctic Power

The strategic balance in the High North has been tilting in Russia’s favor in recent years. In the mid-2000s, Moscow decided to re-prioritize the Arctic region—its natural resources and military significance being vital to Russia’s great power ambitions. As part of its broader military modernization, Russia has carried out a significant military build-up in the area and demonstrated its capabilities frequently through exercises and missile tests.

In fact, the activity of the Russian armed forces in the northern waters has exceeded the levels of the Cold War. By revitalizing its so-called bastion strategy, Russia has extended its operational capability far into the Norwegian Sea and the crucial Greenland-Iceland-United Kingdom gap, with the ambition of being able to block NATO’s access to the Arctic Ocean in general and to the Northern Sea Route in particular.

To tackle these security threats, NATO has updated its command structure, notably with the reactivation of the Atlantic Command “to protect sea lanes between Europe and North America.” Furthermore, the allied forces have carried out frequent exercises in the Arctic, such as the biannual Cold Response drill in Norway.

That said, the alliance has not yet formed a clear strategy to deter Russia in the High North. However, Russia’s second, and more brutal, invasion of Ukraine may mark a watershed in this respect. In late August 2022, NATO secretary general Jens Stoltenberg declared that the alliance is stepping up in the High North, pointing out that it is increasing its presence in the area.

Although Finland is not an Arctic coastal state, its accession will benefit the alliance in this effort. With the addition of Finland, NATO will boast almost 120 F-35 fighters in Northern Europe towards the end of the 2020s—the majority of which will operate within 400 miles or less from the Kola region. The fighters will be a key capability against Russia’s regional aerial access/aerial denial (A2/AD) assets. Importantly, the Finnish, Swedish, and Norwegian air forces are already highly integrated and interoperable, particularly in the Arctic security environment.

Moreover, Finland’s long-range artillery, one of the strongest in Europe, will also be an advantage in deterring Russia from conducting land operations in Northern Fennoscandia—a crucial buffer zone protecting the Northern Atlantic sealines. Finnish Arctic warfare capabilities should not be overlooked either. The Finnish Jaeger Brigade is responsible for developing Arctic warfare tactics and equipment. In fact, Finland—with its strong army—is well-placed to lead an allied land operation in Northern Europe. By combining their Northern land forces, the Nordic trio would be able to form an Arctic division on short notice. The planning for joint combined arms operations in the Arctic is already underway.

New Division of Labor in the Northern European Theater

Finland’s accession will seal the non-NATO space between the alliance’s eastern and northern flanks, offering the alliance a significant opportunity to consolidate its position in this strategic region. NATO enlargement into Northern Europe as well as the broader organizational adjustment associated with Russia’s invasion, kicked off by the release of the new strategic concept, will allow the alliance to rethink the division of labor in Northern European security. Finland and its Nordic allies are willing to step up as security providers, each having their distinctive strengths.

As explained above, Finland’s role in the Northern European military-strategic security constellation is rather straightforward but highly important. Sweden, in turn, will offer the alliance additional strategic depth as well as airpower and niche capabilities, such as submarines. Norway already shoulders a major responsibility for defending the Arctic sea domain.

Naturally, the Nordic countries cannot be solely responsible for defending the whole Arctic region and the Baltic Sea area. In the latter theater, Germany, currently punching much below its weight, could and should play a much more significant role, not only as a naval power securing and defending the Baltic Sea but also as the main provider of land forces for potential operations in the region.

In addition to being present in the Baltic Sea area, the United Kingdom has increasingly expressed its interest in the Arctic region. The Royal Navy has conducted freedom of navigation operations in the Northern waters, and the Royal Air Force has also been active in the area. The UK-led Joint Expeditionary Force again represents a rapidly deployable force projection capability with a clear potential to be a significant security asset, particularly in the High North.

As Finnish decisionmakers have pointed out, Finland’s (and Sweden’s) entry into the alliance will bolster NATO’s European pillar. The United States, with its unparallel military capabilities, will nevertheless remain an indispensable power in the Northern European security milieu—a view shared by the Nordic-Baltic states. Its role as the provider of nuclear deterrence is particularly vital. More importantly, the American capability to swiftly reinforce the theater is crucial not only in deterring Russia but also in regulating escalation, should Russia want to challenge the new Northern European strategic reality. Such a capacity will be increasingly relevant if strategic cooperation between Russia and China further intensifies in the Arctic security context.

Samu Paukkunen is the Deputy Director of the Finnish Institutional Affairs (FIIA). He has previously worked at the Office of the President of the Republic of Finland and Finnish military intelligence. He has worked extensively with Arctic security issues. His latest publication, written for the King's College London, deals with the United Kingdom's role in the Northern European security architecture.