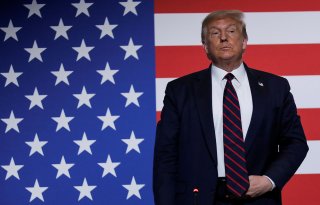 In his new book America in the World, Robert Zoellick observes that some of America’s most “tragic failures” occurred “when leaders lost sight of practical foreign policies,” and that public sentiment is a key factor separating the practical and achievable from the fanciful and reckless. Accordingly, Zoellick wisely advises that “the stewards of American diplomacy have to understand how to lead—and reflect—public attitudes.”

This warning, informed by Zoellick’s survey of key episodes in the history of U.S. foreign relations from the Founding Era to the end of the Cold War, seems particularly ominous for the Trump and Biden campaigns. New public opinion data suggests that some of the former vice president’s and the sitting president’s foreign policy priorities do not align with the wishes of the people they presume to lead. How either man plans to navigate this divide is therefore a central question in the weeks leading up to the election in November and may well determine whether their foreign policies succeed or fail.

Americans, explains Bruce Stokes in a commentary for Chatham House, appreciate “the growing interconnectedness of today’s world” but are “struggling to find a new equilibrium for their country’s role” in it.

What do Americans have in mind when they profess their commitment to continued global engagement? Trade, certainly, but with caveats. Too many Americans see global commercial exchange as a threat to jobs and wages, instead of a path to higher standards of living. The next president should commit to explaining the benefits of trade, but neither President Donald Trump nor Joe Biden seems likely to do that.

The public is equally ambivalent about other forms of global engagement. Less than one in three (31 percent) would make improving relations with allies a top priority in the next five years. Trump is widely seen as hostile to U.S. allies, whereas Biden has been seen as more solicitous of their values and interests. Stokes concludes that “if Trump is re-elected, there will be scant public pressure for a more activist, collaborative US foreign policy, beyond support for a tough line on China, while a win for Biden will give more room for some international initiatives.”

But while some Americans believe that foreigners are stealing their jobs and taking advantage of America diplomatically, solid bipartisan majorities are fed up with foreign conflicts. Dissatisfaction with America’s war in Afghanistan is both wide and deep, reflecting a clear desire for US military personnel to be brought home from that country.

This, too, could prove problematic for the two campaigns. Trump has repeatedly promised—and failed—to end the U.S.military mission there. But Biden has hedged. In response to a question from the Council on Foreign Relations, the former vice president promised to “bring American combat troops in Afghanistan home” during his first term but refused to commit to a full withdrawal of all U.S. forces.

It is almost always a mistake to overstate the role that foreign policy plays in American domestic politics, and this year is no different. Although 57 percent of Americans claim that foreign policy is a very important factor in their decision come November, the economy (79 percent) and healthcare (68 percent) are still much more salient.

But Trump’s surprising victory in the Republican nominating contests in early 2016, and his eventual win over Hillary Clinton later that year, was fueled, in part, by a sense that Trump would overturn the foreign policy consensus that his opponents embodied. That consensus had grown especially unpopular with Americans frustrated by endless wars abroad, crumbling infrastructure at home, and the accumulation of mounting debt that will mostly fall on the backs of future generations. Although Trump has filled his administration with those committed to sustaining or expanding America’s foreign wars, his promise to focus attention at home was popular in 2016, and still is today.

Stokes comes to a similar conclusion. “Voters want the next US president to focus first on domestic issues.” While “the outcome of the election may end America’s recently antagonistic foreign policy and halt the deterioration of its international role . . . dramatic American re-engagement appears unlikely as the public’s priorities lie elsewhere.”

Crafting a vision for American global engagement that can advance U.S. national interests and sustain the support of bipartisan majorities should be a priority for whichever man wins the election in November. And, equally important, a Biden or second Trump administration should be populated by individuals willing to listen to their fellow Americans.

Learning to listen will be difficult for elites—no matter which side of the aisle—who believe they have a monopoly on foreign policy wisdom. But after two decades of failure and setbacks, the stakes are much higher and ignoring the sentiments of the men and women who comprise the American Republic all the riskier for the country’s future.

Christopher Preble and Mathew Burrows are co-directors of the Scowcroft Center for Strategy and Security’s New American Engagement Initiative.