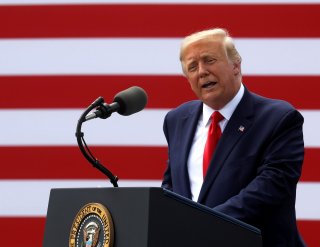 The social media industry has added more piles to the mountain of evidence that Russia interfered significantly in the 2016 U.S. election and is at it again in 2020. Facebook and Twitter announced that they are taking down fake accounts that the Kremlin-backed Internet Research Agency had been using, along with a website posing as a left-leaning news outlet, to make it look like American liberals were giving reasons not to support Joe Biden.

Evidence about Russia’s role in the 2016 election already had left no room for doubt about the fact and extent of the Russian interference. Investigative press reporting, the U.S. intelligence community’s findings dating back to before the start of the Trump administration, the criminal investigation by Robert Mueller, and most recently the Senate intelligence committee’s inquiry on the subject all point in the same direction.

The Senate committee’s report is the most comprehensive publicly available treatment of the subject, and adds details such as the extensive dealings that the Trump campaign chairman had with a Russian intelligence officer during the 2016 campaign. A tip of the hat is due to Republican committee members who helped to see this inquiry through to completion, including former chairman Richard Burr, former senator Saxby Chambliss (who encouraged the necessary bipartisanship) and current chairman Marco Rubio.

Notwithstanding the evidentiary mountain, President Trump and his supporters have tried, throughout the three and a half years of his presidency, to discredit the inquiries and to doubt or deny the findings. It is easy to see why. The thought that a foreign government’s under-the-table manipulation was a factor—even just one of several factors—in Trump’s 2016 victory puts a stained asterisk on that win.

Moreover, the story of the Russian election interference invites attention to Trump’s strange deference to Russian President Vladimir Putin. The deference may have had other origins, such as Trump’s longstanding business ambitions in Russia, but the election interference itself can’t help but shape Trump’s motivations. It certainly shapes Putin’s motivations for 2020, having seen the benefits he has gotten from his 2016 investment, in terms not just of the deference, but also of the fall in U.S. global standing and discord in the Western alliance under Trump.

Some in this country who don’t try to deny the fact of Russian interference have argued that Putin’s goal was only to sow confusion and discredit American democracy rather than to elect Trump. That likely was the chief Russian objective initially, when Putin probably expected (no more than many Americans did) that the real estate developer from Queens did not have a good shot at the presidency. But subsequent political history has necessarily changed the Russian calculations, and certainly has done so regarding the 2020 election.

In any event, Trump has erased this distinction in Putin’s motivations through Trump’s own actions in sowing confusion and discrediting American democracy. Behind in the polls, Trump is preparing to try to cling to power by delegitimizing the election result, with repeated and unfounded accusations of voter fraud and attempts to discredit or impede mail-in voting amid the coronavirus pandemic. Any outside effort to add to the confusion and delegitimization of the election is thus a pro-Trump effort.

The Trump administration in 2020 evidently is responding to the Russian help much as the Trump campaign in 2016 campaign responded to it—by quietly welcoming it. Recently Trump’s acting homeland security secretary, Chad Wolf, blocked release of an intelligence-based bulletin that warned about Russian interference in the current election campaign aimed at raising doubts about Biden’s mental health.

The administration’s manipulation of the election interference story has included a refusal to brief congressional committees about the interference. The rationale of trying to stem leaks doesn’t hold water, given that oral briefings are no more susceptible to leaks, and probably less susceptible, than are the written intelligence products that the administration says it will continue to provide. The administration’s tactic is a replay of its earlier refusal to present the intelligence community’s annual worldwide threat assessment in open hearings in which committee members can ask questions. In each case the administration’s unstated but transparent objective is to avoid having to respond publicly to inconvenient truths.

Avoiding oral exchanges and congressional questions also aids the administration’s ability to massage the story about election interference as it downplays the extent and significance of what Russia has been doing. One massaging technique is to blur any distinction between what Russia has been doing and what other adversary states might do. A talking point of the Trump camp is that China favors Biden, with the implication that there may be Chinese interference that works against Trump. Which candidate Beijing really would prefer to win in November is an open question—presumably the Chinese would see some of the same advantages for China that Putin can see for Russia about the fallen U.S. standing under Trump, while weighing that against the frustrations of trying to negotiate with Trump. But regardless of Chinese preferences, there apparently is no evidence that China is attempting anything like the Russian election interference.

Denial of the Russian interference, including denial of the well-established story of the 2016 election, has come not only from the Trump camp but also from some voices more identified with the political left than the right. The motivation of these deniers appears to be to avoid giving ammunition to anyone favoring a hawkish policy toward Russia. That objective may be understandable, and it may even be laudable to work against policies that risk starting a new war, either hot or cold, with Moscow. But denying reality is the wrong way to go about it. It is quite possible to construct prudent policy toward Russia, not risking either hot or cold wars, while acknowledging the reality of the election interference.

The American public needs to be fully aware of the story of that interference—unmanipulated by either the right or the left—for several reasons.

American citizens need to know the origins of the political messaging they are hearing, without being fooled by phony sources. The messaging involved in the recent move by Facebook and Twitter is just one example. Of course, whatever news that has foreign origins may be only a small part of the rampant deceptive messaging in American politics, but every part is bad.

Awareness of the foreign interference provides context for assessing the policies of leaders and candidates. Republicans especially need to consider this context in thinking about how far their party has changed from previous positions regarding the authoritarian regime in Moscow, and why it has changed.

Americans need to understand, as the Founding Fathers did, what a serious threat such foreign interference can be to American democracy. That democracy is a fundamentally fragile institution and a true democracy only insofar as electoral choices reflect the interests and preferences of Americans themselves, not those of foreign regimes. As Americans cast their ballots, they can bear in mind which candidates are or are not working to protect that fragile institution.