Forget the U.S.-China Trade War: Is a Conflict Over Taiwan the Real Threat? 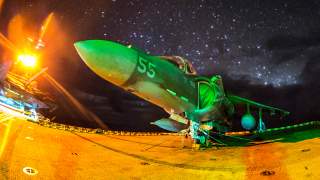 Tensions between Taiwan and the People’s Republic of China (PRC) are surging to an alarming extent. The latest indicator is the recent exchange of heated rhetoric between Gen. Wei Fenghe, China’s Minister of National Defense, and Taiwan’s Mainland Affairs Council, the Taiwanese government’s chief policymaking body dealing with cross-strait relations. As Taiwan’s self-proclaimed protector, Washington should be extremely worried about these developments.

Speaking on June 1 at the Shangri-La Dialogue, an annual multilateral conference on Pacific security issues, Wei warned against efforts either in Taiwan or foreign countries to thwart China’s goal of reunification. Moreover, “any underestimation of the PLA’s resolve and will is extremely dangerous.” Wei added ominously that, “If anyone dares to split Taiwan from China, the Chinese military will have no choice but to fight at all costs, at all costs, (sic.) for national unity. If the PLA cannot even safeguard the unity of our motherland, what do we need it for?”

The Mainland Affairs Council responded with equally harsh and uncompromising language. In a statement issued the following day, the council reasserted that Taiwan has never been a part of the PRC and would never accept Beijing’s control or threats. It accused China not only of “challenging international norms and order,” but added the gratuitous slap that Beijing’s claim to seek peaceful development was “a lie of the ages.” Lest anyone not fully grasp the extent of Taipei’s hostility toward the PRC, the statement went on: “We need to remind the public that the Chinese Communist Party is practicing anti-democracy, anti-peace between the two sides of the strait and further resorting to war. This is the main cause of the tension in the Taiwan Strait and the region, and it is the source of danger and provocation against peace and stability.”

The vitriolic exchange constituted a worrisome escalation of the animosity between Taipei and Beijing that has been roiling for the past three years. The victory of the pro-independence Democratic Progressive Party (DPP) in Taiwan’s 2016 elections dashed any hopes Chinese leaders had that the burgeoning economic ties with the mainland would translate gradually into increased Taiwanese popular support for political reunification. Anger at that strategy’s failure led Beijing to revive a campaign to increase Taiwan’s diplomatic isolation by poaching the few small nations that still maintain formal relations with Taipei. The PRC’s menacing military activities also increased. Chinese war games in and around the Taiwan Strait have soared since 2016. The U.S. Defense Intelligence Agency’s 2019 report to Congress also concludes that Beijing is building up its ground, air, and naval forces to achieve a more robust capability to invade Taiwan.

Anger at Beijing’s treatment of Taiwan has led to congressional and executive branch measures to strengthen Washington’s backing for Taipei. A major step occurred in March 2018 when President Trump signed into law the Taiwan Travel Act (TTA), which encouraged high-level U.S. officials to meet with their Taiwan counterparts.  That legislation, which passed both houses of Congress, ended Washington’s cautious practice under the Taiwan Relations Act (TRA) of holding meetings only with relatively low-level Taiwanese officials.

It was especially noticeable that the TTA specifically promoted interaction by “cabinet-level national security officials.”  That provision proved to be more than a symbolic gesture when National Security Adviser John Bolton met with Taiwan National Security Council Secretary-General David Lee in May. Bolton’s intention to push for stronger security ties between the United States and Taiwan cannot be overstated. Before his current stint in government service, he pushed for highly dangerous and provocative policies. He urged the United States to establish formal diplomatic relations with Taiwan and even advocated moving U.S. military forces from Okinawa to Taiwan. Either measure would cross a bright red line as far as Beijing is concerned and would likely trigger PRC military action to prevent Taiwan’s permanent political separation from the mainland. Having someone with those views holding a crucial policy post and sitting just a few doors down from the Oval Office greatly increases the likelihood of a further boost in U.S. support for Taiwan, despite the risk of war with China.

There are multiple signs from various sources of growing U.S. backing for Taiwan’s de facto independence. Congress certainly is stepping up its support. By a unanimous voice vote in early May, the House of Representatives passed the Taiwan Assurance Act, which expresses firm support for Taiwan while urging Taipei to increase its own defense spending. The legislation also recommends that Washington continue “regular sales of defense articles” to Taiwan and back Taipei’s participation in international organizations—something Beijing emphatically resists.

The Trump administration doesn’t seem to need much prodding. U.S. warships have transited the Taiwan Strait on several occasions over the past year to demonstrate military support for Taipei. At the Shangri-La Dialogue session, Acting Secretary of Defense Patrick Shanahan stated that the United States would no longer “tiptoe around” destabilizing Chinese behavior regarding Taiwan or the South China Sea.

While Americans are focused on the ongoing trade war between the United States and China, the danger is growing of an actual shooting war that could involve Taiwan. The rhetoric coming out of both Beijing and Taipei is increasingly confrontational and shrill. Taiwan’s governing party is firmly committed to resisting the PRC’s pressure for unification; indeed, incumbent president Tsai Ing-wen is being challenged by an even more hardline, pro-independence faction within the DPP. At the same time, Chinese leaders seem intent on pushing their reunification agenda with greater insistence and urgency.

Those are not comforting trends. Washington has a vague but very real commitment under the Taiwan Relations Act to protect the island’s security. Both Congress and the Trump administration seem to be drifting toward boosting the traditional level of U.S. support in response to Beijing’s escalating pressure on Taiwan. The danger is growing that the TRA’s paper security commitment may be put to a real-world test. U.S. leaders and the American people need to ask themselves whether they are really willing to risk war with a nuclear-armed power to protect Taiwan. The prudent answer clearly should be “no.”