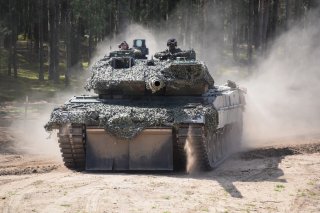 With the appointment of Boris Pistorius, the former interior minister of Lower Saxony, to replace Christine Lambrecht as defense minister, Germany has reached a turning point. Chancellor Olaf Scholz declared a Zeitenwende, or new era, in a dramatic speech in the Bundestag in February 2022, but he has not really fulfilled his promise. With a NATO defense ministers meeting on Ukraine taking place at the U.S. military base in Ramstein on January 20, he now has a second chance.

In confronting a new threat from Russia, Germany faces many of the same issues and sentiments that it once faced after World War II when it began to contemplate the creation of armed forces. Christian Democratic Chancellor Konrad Adenauer was key to the process. Adenauer was determined to break with the bad, old German past of shuttling between East and West for geopolitical advantage. A staunch Atlanticist, he wanted to embed Bonn in the West. To accomplish his goal, he drew on the help of the former Wehrmacht general Hans Speidel, who later became the first German NATO commander, to write a series of papers contending that German security was an integral part of Western Europe’s.

In their history, From Shadow to Substance, Dennis L. Bark and David R. Gress note that in 1949 Speidel drafted a memorandum for Adenauer recommending the creation of “15 German army divisions at once, to be equipped with American weapons.” The majority of the German population was opposed to the establishment of a military force, including everyone from unrepentant Nazis to members of the Social Democratic Party, with the former seeing it as a sellout to the West and the latter believing it would jeopardize relations with the East. But as the early Cold War developed, America, France, and Great Britain realized that they could not defend Europe against Stalin’s Soviet Union absent the contribution of West Germany itself. With the outbreak of the Korean War, rearmament became a foregone conclusion, but it took until November 1955 for the formal establishment of the Bundeswehr. The pacifist sentiments and sympathy toward Russia that resided among the Social Democrats would never go away, manifesting themselves in the concessive Ostpolitik of the 1970s, a new policy based on economic, political, and cultural engagement rather than confrontation that was a direct reaction to what was seen as an ossified hardline approach toward the Soviet Union.

At bottom, the German Army was always an unwanted stepchild in German society—a regrettable necessity rather than a bulwark of freedom. But since the end of the Cold War, matters have worsened. The threat of war seemed to recede wholly into the past, and the Bundeswehr fell into utter disrepair, rendering it a subject of widespread mockery in the German media. The furor Teutonicus of yore had been replaced by a stupor Teutonicus.

Former Defense Minister Christine Lambrecht failed to initiate the modernization of the German Army despite the government’s approval of an outlay of an additional €100 billion to modernize the Army. She added insult to injury by declaring that Germany would assist Ukraine with 5,000 military helmets and by posting a cheerful New Year’s Eve video that hailed her personal encounters in Ukraine even as fireworks exploded around her in Berlin.

Can Pistorius save the day? In initial remarks in Hannover on Tuesday, Pistorius did not mince his words. He stated, “The Bundeswehr must adjust to a new situation that has been created by Russia’s war of aggression in Ukraine. I want to strengthen the Bundeswehr for the era that confronts us.” Pistorius must insist that Germany allow the shipment of Leopard 2 tanks from Poland and Finland to Ukraine now.

But as Christoph von Marschall perceptively notes, the question is whether Scholz recognizes his past missteps in fearing to antagonize Moscow or shuns a course correction. He could start by approving the shipment of Leopard 2 tanks to Ukraine, a move that would signal that Germany is not wavering but all in on supporting Kyiv in its struggle against Russian aggression.

Until now, Scholz’s coalition partners, the Free Democrats and the Greens, have been far more forthright than him about assisting Ukraine and assailing the Kremlin. Many in the Social Democratic Party cling to the notion that they can go back to the future—to the cozy ties that once existed between Moscow and Berlin. But the war crimes that Russian president Vladimir Putin has committed in Ukraine mean that this is a dangerous chimera. The time for Germany once again to go West has arrived.