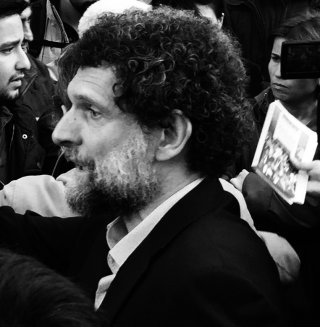 The Norwegian Nobel Committee will announce this year’s Nobel Peace Prize recipient on October 8. Nominations closed in February, and while some nominators disclose the names they recommend each year, the most serious candidates remain shrouded in secrecy until Chairman Berit Reiss-Andersen reveals the winner.

The committee’s record in recent years is spotty. Its 2019 laureate, Ethiopian prime minister Abiy Ahmed, now faces war crimes and genocide accusations. So, too, does 1991 laureate Aung San Suu Kyi. Other picks stand the test of time. Afghan girls’ advocate Malala Yousafzai won the 2014 prize, which gives her a crucial platform as Afghanistan’s girls once again face Taliban repression. Occasionally, the committee has made a safe—if anodyne—choice by bestowing the honor on an organization like the World Food Programme or United Nations.

A major reason why the legacy of the Nobel Peace laureates is so uneven is that, unlike Nobel awards in other fields, politicians award the Peace Prize and often do so on aspiration for the future rather than a lifetime of achievement. If the Norwegian Nobel Committee truly wants to reward sustained achievement and symbolically empower a deserving peace activist against a regime intent on silencing him—and tens of thousands of like-minded intellectuals—then it should bestow this year’s Nobel Peace Prize on Osman Kavala.

Kavala is a philanthropist who, for decades, has stood up to Turkish president Recep Tayyip Erdoğan and to authoritarians of every stripe inside Turkey. He has worked politically and financially to defend Turkey’s increasingly besieged ethnic and religious minorities as well as the country’s LGBTI community and children. He has invested heavily in Turkish-Kurdish and Turkish-Armenian reconciliation.

In 2019, on the heels of a global campaign to nominate Kavala for the Nobel Peace Prize, the European Association of Archaeologists awarded Kavala its Heritage Prize. The following year, the Hrant Dink Foundation, Turkey’s leading nonprofit devoted to combating hate and prejudice and promoting Turkish-Armenian reconciliation, bestowed its annual award on Kavala. Last year, a group of prominent politicians and human rights defenders nominated Kavala for the Václav Havel Human Rights Prize, which is awarded annually by the Parliamentary Assembly of the Council of Europe.

Kavala’s unflappable and understated advocacy long ago got under Erdoğan’s skin. After U.S. sanctions compelled Erdoğan to release American hostage Pastor Andrew Brunson, the Turkish president turned his venom on Kavala. He accused Kavala of being a “terror financier.” Erdoğan once asked, “And who is behind him?” and then answered his own question with, “The famous Hungarian Jew Soros.” The Turkish president then launched legal proceedings against one of Kavala’s privately-held cultural and arts foundations on the bizarre charge that it failed to maximize profits. Even though a Turkish court acquitted Kavala of bogus terror charges for allegedly financing the Gezi Park protests and the European Court of Human Rights called for his release, Kavala remains imprisoned and in solitary confinement. Hours after his acquittal, Erdoğan’s regime slapped new charges on Kavala of “attempting to overthrow the constitutional order.” This is especially ironic given Kavala’s dedication to ensuring all Turkish citizens enjoy equality under the law, regardless of their ethnicity, religion, sexual orientation, or political affiliation. In early September, a Turkish court prolonged Kavala’s detention. He now faces life without parole. Two weeks later, the Council of Europe’s Committee of Ministers warned that unless Ankara releases Kavala, the committee will initiate infringement proceedings—a strong but rarely-used enforcement mechanism that the council deploys against its members that fail to implement the judgments of the European Court of Human Rights.

There could be no more deserving Nobel Peace laureate than Kavala. He has put his fortune and life on the line for peace and equality. While Erdoğan might bluster and threaten, his surrender on the Brunson case shows his susceptibility to pressure. As modern Turkey approaches its centenary, Erdoğan continues to consolidate one-man rule at home and increasingly acts with belligerence across the Middle East and Africa. Simply put, Erdoğan has become a growing threat to peace at home and abroad. But Turkey is more than just Erdoğan. By giving Kavala the Nobel Peace Prize, the Norwegian Nobel Committee could give voice to Turkey’s diverse citizenry and diaspora that truly seek, as Turkey’s founder Mustafa Kemal Atatürk once said, “Peace at home, peace in the world.”

Aykan Erdemir is a former member of the Turkish parliament and the senior director of the Turkey Program at the Foundation for Defense of Democracies. Follow him at @aykan_erdemir.