Has Russia Won Over the Rest of the World? 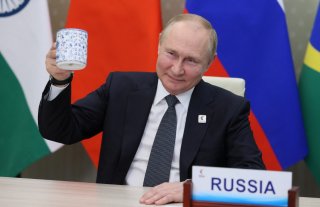 Moscow’s estrangement from the West has progressed over the past two decades, culminating in the dramatic break following Russia’s brutal invasion of Ukraine. Moscow’s key grievances are well-known: the expansion of NATO eastward; the alliance’s bombing campaign against Serbia in 1999; the George W. Bush administration’s scrapping of the Anti-Ballistic Missile Treaty and its invasion of Iraq; and the “color revolutions” in Georgia, Kyrgyzstan, and Ukraine, and the 2011 Arab Spring uprisings (which the Kremlin blamed on American and European democracy promotion). American support for civil society movements and popular uprisings against authoritarian leaders was framed by Russian politicians as a type of information warfare against the status quo that required energetic countermeasures. The possibility of NATO membership for Georgia and Ukraine was a red line for Moscow.

Is Russia’s invasion of Ukraine reshaping the global order? In the short term, at least, the war has convinced Europeans of Russia’s aggressive intentions toward its neighbors, strengthened NATO unity (with Finland and Sweden applying for membership), and generated renewed support for defending democracy (at least in the West). Among the Rest, however, criticism of Russia is far more subdued, confirming Putin’s much-vaunted pivot to the East and Russian diplomacy in the Global South. Asia in particular presents a more welcoming environment, and this is accelerating Russia’s turn toward the Asia-Pacific.

China is Moscow’s key strategic partner in the region. At their meeting prior to the start of the Beijing Olympics, Vladimir Putin and Xi Jinping declared that the Sino-Russian partnership was “without limits.” In their lengthy joint statement, the two condemned NATO expansion and criticized “certain states” that sought unilateral military advantages and undermined global security. Russia, in this reading, was justified in its security concerns. Chinese support at least implicitly encouraged Putin to move against Ukraine, though many in Beijing have expressed reservations about Russia’s “special military operation.”

Still, Russian and Chinese interests align closely. Both are opposed to the Quad grouping of democracies, the new AUKUS alliance, and indeed the whole Indo-Pacific concept, which they believe (not without justification) seeks to enlist India in constraining Chinese ambitions in the Pacific while preserving the liberal international order. Official Washington considers the Sino-Russian partnership a vital security threat. Biden’s May 2022 visit to South Korea and Japan sought to reinvigorate ties that had frayed under Trump, mobilize Asian allies against Chinese aggression, and highlight opposition to Putin’s war in Ukraine. Speaking in Japan, Biden asserted the United States was willing to defend Taiwan militarily, though his aides denied the president was abandoning the policy of “strategic ambiguity.” Biden also advanced the Indo-Pacific Economic Framework (IPEF), a watered-down version of the Trans-Pacific Partnership designed to compete with China’s Regional Comprehensive Economic Partnership (RCEP) and its Belt and Road Initiative (BRI).

China and Russia responded with joint bomber exercises in the Sea of Japan and the East China Sea during the Quad summit, demonstrating solidarity and joint opposition to a “free and open” Indo-Pacific dominated by the United States. The Sino-Russian partnership counters U.S. unilateralism and its dominance in global affairs, opposes American democracy promotion and support for civil society globally, and complicates planning by forcing Washington to confront challenges in two different theaters simultaneously. Russia’s military was able to shift troops from Siberia and the Russian Far East to the Ukraine conflict, confident that its eastern borders would not be threatened. This is the first time in more than a century that Moscow has been free from security threats on two disparate fronts. Conversely, there is a chance the West’s preoccupation with the Ukraine conflict will embolden China to move against Taiwan, or to become more aggressive in the South China Sea and along its disputed border with India.

Beijing is pleased that America’s attention is concentrated on Europe and deflected away from the Indo-Pacific. Still, China’s leaders appear to be uncomfortable with Russian aggression and its blatant violation of Ukraine’s sovereignty; tellingly, the Chinese government has been reluctant to help Russia evade the Western sanctions regime. Opinion in China appears to be deeply divided over Russia’s war, both at the elite level and in Chinese society. In addition, China has benefited far more from global engagement than Russia, and is more reluctant to overturn the status quo—China cannot afford to become isolated from global markets. While Russia seems determined to play the spoiler and foment discord, China prefers stability to enhance prosperity domestically and retain the Communist Party’s monopoly on political power. China’s leaders likely understand that over the long term Russia’s actions in Ukraine will make it weaker. Wholeheartedly backing a loser is not in China’s national interest.

In other parts of Asia, support for Russia is mixed. The authoritarian Central Asian states, like China, have resisted condemning Moscow over Ukraine. The weakest states—Tajikistan and Kyrgyzstan—need Russian security guarantees to shield them from the Taliban and more radical ISIS-K fighters in Afghanistan. In January, Kazakhstan’s president Kassym-Jomart Tokayev requested assistance from the Moscow-led CSTO to quell violent riots in Almaty. And yet the larger Central Asian states—Kazakhstan and Uzbekistan—have reason to fear Russian neo-imperialism. Kazakhstan, with its 3.5 million ethnic Russians concentrated along the northern border with Russia, is particularly vulnerable. At the June 2022 St. Petersburg International Economic Forum, Tokayev, responding to a question from RT editor-in-chief Margarita Simonyan, acknowledged an inherent contradiction between the United Nations (UN) principles of territorial integrity and self-determination, and expressed Kazakhstan’s unwillingness to recognize the independence of “quasi-state entities” like Luhansk and Donetsk. Tokayev’s remarks were an obvious rebuff to Putin, who was sitting next to him.

India plays a critical role in the U.S. Indo-Pacific strategy, but the country’s longstanding policy of non-alignment (based on colonial experience), and its stubbornly independent foreign policy, lead New Delhi to resist Western entreaties to criticize Russian aggression. India has abstained on all UN resolutions condemning Russia over Ukraine and is importing far more Russian oil (at discounted rates) than it did before the war, though India also provides humanitarian aid to Ukraine. Prime Minister Narendra Modi enjoys a close relationship with Putin, India is purchasing sophisticated S-400 weapons systems from Russia, and much of India’s current military equipment is of Russian and Soviet origin. At the same time, New Delhi values its central role in America’s Indo-Pacific strategy, welcomes the United States as a balancer against China, and promotes the Quad alignment as “a positive thing” rather than an alliance directed against China. In short, New Delhi’s national interests dictate an eclectic strategy of developing a global strategic partnership with the United States, hedging against China, and preserving amicable relations with Moscow.

Most Asian countries, like India, have avoided taking sides in the Indo-Pacific competition, even as Chinese aggressive moves in the Pacific cause alarm. At the May Washington summit meeting of ASEAN leaders, Biden sought to convince his Southeast Asian counterparts of Washington’s commitment to addressing regional economic issues, climate change, and education. All ASEAN member states, except for Laos and Vietnam, had voted in the UN to condemn Russian aggression against Ukraine, but all are closely linked to China’s economy and see the United States as progressively less influential than China in trade and investment. ASEAN’s long standing principles of neutrality and openness to various forms of governance explain participation in both China’s BRI and America’s IPEF. Indonesia, for example, is sending humanitarian assistance (but not arms) to Ukraine, and  President Joko Widodo invited both Russia and Ukraine to the G-20 summit in Bali this November, rejecting the Biden administration’s request that Russia be excluded.

Will the Ukraine war accelerate the trend toward a world bifurcated into democratic and authoritarian camps? President Biden seems intent on building a “community of democracies” committed to free and fair elections, respect for human rights, media freedom, and the rule of law. At his December 2021 Democracy Summit Biden asserted the United States would renew its democracy and lead by example and called for collective action to counter the decline of democracy, “the defining challenge of our time.” The threat is real. In its 2022 report Freedom House, citing sixteen consecutive years of democratic decline, warned that the “global order is nearing a tipping point, and if democracy’s defenders do not work together to help guarantee freedom for all people, the authoritarian model will prevail.”

Russian and Chinese autocracies provide support for authoritarian regimes and present contrasting governance models to flawed democracies around the world. Their example encourages illiberal publics to reject democratic processes in favor of supposedly quicker or more “efficient” authoritarian solutions. Receptive states include those in the Middle East, Eastern Europe, various parts of Asia, Latin America, and Africa (where mercenaries from Russia’s Wagner Group prop up authoritarian regimes). Leaders and public audiences, usually on the ideological right of the political spectrum, admire Putin’s politics and Xi’s economics.

Even Western Europe and the United States are not immune from the appeal of autocracy and the lure of illiberalism. Democratic decline in the United States is particularly disturbing. A 2017 Pew Research Center survey of thirty-eight countries found that 27 percent of U.S. conservatives thought autocracy (defined as “a strong leader without constraints”) would be a good way to govern, as did 14 percent of liberals and 23 percent of moderates. Twenty percent of conservatives said they would support military rule in the United States, as would 12 percent of liberals. Of course, these results were far better than responses in India and South Africa, where roughly half of the population said military rule would be a “somewhat or a very good system.” But it is still deeply troubling.