Have Western Sanctions Against Russia Failed? 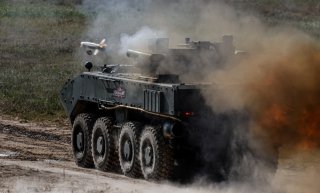 Russia’s economy shrank by 4 percent year-on-year over the second quarter, according to data published by Russian federal statistics service Rosstat. The plunge, though significant in absolute terms, was not as drastic as expected by Russian and some Western observers. “June data suggests the contraction in the Russian economy seems to have bottomed out as the situation in some industries is stabilizing,” Sergey Konygin, an economist at Sinara Investment Bank, told Reuters.

Hungarian prime minister Viktor Orban claimed in a speech last month that the European Union’s sanctions strategy against Russia has failed. “A new strategy is needed which should focus on peace talks and drafting a good peace proposal … instead of winning the war,” he said. Orban said the West’s strategy was built on four pillars—that Ukraine can win a war against Russia with NATO backing, that sanctions will hurt Russia more than Europe, that the rest of the world will support Western punitive measures against Russia, and that sanctions will critically weaken Russia. “We are sitting in a car that has a puncture in all four tires. It is absolutely clear that the war cannot be won in this way,” Orban said.

The latter three “tires” have created a constellation of unexpected challenges for the Western sanctions regime.

Russia’s Central Bank took swift measures in the wake of the Ukraine invasion to shield the ruble from a flurry of U.S. and EU financial restrictions. Far from being reduced to “rubble,” as President Joe Biden proclaimed in March, the ruble became one of the world’s strongest performing currencies this year.

Even as Moscow takes unprecedented macroeconomic steps to contain the damage from sanctions, Russian policymakers are honing their tools to evade or otherwise mitigate specific punitive measures. Citing a running list maintained by Yale University’s Chief Executive Leadership Institute (CELI), proponents of the sanctions regime have noted that over 1,000 companies have “curtailed operations” in Russia.

Though the Western-led financial pullout from Russia appears overwhelming in sheer scale, the reality on the ground is rather more complicated. Russian authorities have successfully enabled a wide range of “parallel import” schemes, according to a recent report by DW. From Levi’s jeans to Apple iPhones, numerous common and luxury products continue to be available for purchase in Russia’s metropolitan centers despite the fact that these manufacturers are no longer directly supplying Russian markets. Such goods typically arrive in Russia by way of unauthorized imports from entities based in former Soviet countries including Kazakhstan, Belarus, and Armenia.

Moscow has opened the floodgates to such activities by lifting restrictions on the resale of many types of goods purchased abroad. These transactions, also known as gray market sales, have totaled $6.5 billion since May, and are expected to reach $16 billion by the end of the year, according to Deputy Prime Minister and Minister of Industry and Trade Denis Manturov. Other products and services also continue to be available through rebranding and knockoff ventures. McDonald’s and Starbucks, both of which ceased operations in Russia in the months following the invasion of Ukraine, have been replaced by successor companies that offer nearly-identical products with similar branding. Courts would normally put a swift end to such obvious copycat enterprises, but Russia’s legal system is in no mood to lend a sympathetic ear to the patent and infringement claims of Western companies at a time of unprecedented hostility between Russia and the West.

Perhaps the greatest long-term challenge to the West’s campaign to squeeze Russia over its invasion of Ukraine is the fact that the world’s great economic powers have not only refused to join the Washington-led sanctions regime but continue to deepen their trade and financial ties with Moscow. Both India and China have intensified the pace of their energy imports from Russia over the past half year. There have been credible reports of the former selling refined Russian oil to European and U.S. importers. Russian earnings from energy exports skyrocketed following the West’s sanctions barrage earlier this year.

Experts say the effects of sanctions on Russia could take years to fully manifest. Even then, there is no guarantee that the forecasted economic stagnation will occur on a sufficient scale to starve the Kremlin war machine or otherwise produce meaningful, positive changes in Russia’s foreign policy. Moscow, driven by the conviction that its existential interests hinge on victory in Ukraine, believes it can outlast the West economically and on the battlefield. Russia has so far largely managed to mitigate the pain from sanctions and is shifting its strategy in Ukraine from trying to quickly seize major cities to bleeding Ukrainian forces white in a grinding war of attrition.

European consumers, meanwhile, are reeling from sky-rocketing heating and electricity bills as officials scramble to contain the energy crisis unleashed by what experts have described as the EU’s poorly conceived plan to transition away from Russian energy imports. With Germany reportedly teetering on the verge of a recession, Europe’s mounting economic challenges have reignited concerns that EU states could start peeling away from the Western sanctions regime. Even before Russian energy giant Gazprom formally threatened to cut European customers off from gas supplies, polling showed that a majority of Europeans—including 49 percent of Germans—favored policies aimed at facilitating a negotiated settlement rather than Russia’s clear defeat. As the war drags on with no end in sight, these growing trends risk splintering the West’s united front on Ukraine sooner than the sanctions regime manages to take a decisive toll on Russia’s economy.