Western Unity on Ukraine Is Fragile, and Russia Knows It 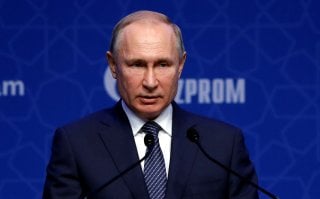 The West’s key achievements in confronting Russia—swiftly rallying in solidarity with Ukraine, hitting Moscow with crushing sanctions and supplying Kyiv with billions in armaments—may be at risk. Even as politicians reaffirm Western unity and pundits hail the impact of weapons sent to Ukraine, economic woes are poised to fracture that solidarity where it matters most—in the European Union. Paradoxically, the rising costs of war appear less sustainable for wealthy, democratic EU countries than they do for poor, isolated Russia. The bill is coming due, and Europeans are shocked at the privations they face to pay it: soaring energy costs, rationing, reduced aid for the poor, and looming recession. Disagreement over Ukraine aid triggered the recent collapse of Italy’s ruling coalition, a bad omen for other centrist European governments. The transatlantic unity that diplomats worked so hard to forge might soon unravel.

Such pessimism surprises Americans, for whom the costs of war are minimal and whose media remain optimistic about the prospects of a Ukrainian victory. Most commentary focuses on Russian weakness—economic crisis, military failure, political isolation—and those who argue for a negotiated end to the war often meet with derision. Yet insistence that Russia must be decisively defeated grows increasingly unrealistic as the balance of economic and political perseverance shifts in Moscow’s favor. As tactically effective as Javelin missiles and HIMARS artillery have been, they have not transformed the strategic landscape in Ukraine—a brutal war of attrition in which Russia’s advantages in resources and resilience allow it to grind steadily on.

Over and Underestimating Russia

Weren’t we told that Russia could not stand up to the West’s economic might, that its economy is smaller than Italy’s? But Russia is not in a contest to match Western economies, but rather one to produce enough weapons and soldiers to match Ukraine’s Western-backed military. Weren’t we also told that sanctions would devastate Russia and collapse its currency? Yet the ruble is now stronger than before. And while Russia’s economy will contract by 6 percent or more in 2022, this is dwarfed by Ukraine’s implosion of 45 percent. More to the point, autocratic Russia’s ability to weather 6 percent negative growth is stronger than that of many democratic European governments to survive negative growth of 3 percent. Such a contraction is foreseen in the latest gloomy forecasts: punishing recession, caused by gas shortages and soaring commodities prices, resembling what the EU suffered in the pandemic of 2020-21 or the financial crisis of 2008-09. What matters is not some absolute measure of economic or military strength, but the balance among Russia, Ukraine, and Europe relative to their ability to continue the sacrifices of war. And Russia has shown resilience that few foresaw.

Underestimating Russia—and overestimating our influence over it—is nothing new. We credit ourselves for ratcheting up an arms race in the 1980s that bankrupted the USSR and won the Cold War, dismissing the perestroika reforms of Mikhail Gorbachev that actually ended the Cold War two years before the USSR’s collapse. In the 1990s we hailed the triumph of capitalism under Boris Yeltsin even as hasty adoption of Western-promoted policies fueled an orgy of oligarchic corruption that drove tens of millions into poverty. In the 2000s, Vladimir Putin’s success in reviving Russia was written off as luck—high global oil prices—ignoring key reforms that liberalized the economy while bringing key sectors back under state control.

Underestimating Russian resentment over the unilateralism of U.S. foreign policy, few foresaw that annexing Crimea in 2014—Putin’s response to a push to bring Ukraine into the EU and NATO—would cause his popularity to soar above 80 percent despite the harsh economic sanctions it triggered. Instead, Western analysts predicted that those sanctions would crush the Russian economy, particularly the petroleum sector vital to Moscow’s budget revenues. Thus, most were surprised by what followed: Russia’s swift completion of major pipelines to China and Turkey, the building of a new liquified natural gas (LNG) terminal in Siberia, and rapid construction of a critical road-and-rail link with Crimea.

Paradoxes of Power and Plenty

With this record of underestimating Russian resilience, it’s no surprise that many succumbed to hubris in expectation of a swift strangling of Russia after it invaded Ukraine. In fairness, the measures taken have been unprecedented in severity. More than 1,000 individuals and their assets have been sanctioned. From high-tech to luxury, exports of numerous goods to Russia have been halted and hundreds of firms have shuttered operations there. Critically, Russian banks were expelled from the SWIFT system of international payments and over $600 billion in Russian reserves were frozen. These were meant to strangle Russian trade, yet it turned out that Moscow was prepared. An alternative payments system for exports, and massive cash reserves, enabled it to weather sanctions far better than expected. After briefly crashing, the ruble bounced back strong thanks to the skillful use of interest rates and capital controls.

The ruble also benefited from soaring oil prices and Moscow’s insistence on ruble payments for its gas, boosting demand for the currency. Some customers balked, but big importers such as Germany and Italy quickly complied. How can the weaker party, while being punished, dictate terms of trade to its punishers? As Europe sought to bash Russia with the stick of Moscow’s dependence on oil and gas revenues, it turned out that Putin held the other end of that stick.

You’re Fired! No, I Quit First!

Historians will look back on the Euro-Russian energy war as an example of how not to exploit politico-economic leverage. As the EU imposed ever-tougher sanctions on Moscow, plans to halt imports of Russian crude oil and natural gas were announced. Defense hawks had long advocated this, and centrist Europeans now agreed as a way to cripple Russia’s economy and strangle its war effort by denying it lucrative export earnings. “Fine,” the Russians replied, “We can speed up your transition to new energy sources by reducing the gas we ship you right now.” To which the EU’s panicked reply was “Wait, we won’t be ready to cripple you by halting gas imports until 2026! You’re blackmailing us!” Never pick up a grenade and brandish it at your enemy until you’re ready to use it—it just might blow up in your hand.

Again, the key lies in each side’s relative vulnerability to an interruption in trade. It’s a foolish policymaker who doesn’t assess the collateral damage of sanctions on their own country, just as it’s a poor poker player who doesn’t consider that an adversary might see their bet and raise it. Europeans were prodded into this bet by U.S. leaders, who have long argued for substituting American LNG for Russian pipeline gas—even though neither side has anywhere near the export (United States) or import (EU) terminal and tanker capacity necessary. And now Europe is like the boss who wails “Wait, you can’t quit, I wanted to fire you first!” As the EU scrambles to find alternative gas sources and prepares for rationing this winter, observers in China and India scoff at the lament that Moscow is practicing “energy blackmail.”

Chinese and Indian views matter not only because they are among the majority of the world’s countries that have not joined in sanctioning Russia, but because they are the two biggest countries that are buying more Russian oil and gas instead. This helps Moscow make up for lost sales in Europe, with some of the Russian oil purchased by India actually being resold in EU markets. Similarly, some countries that proudly announced an end to imports of Russian gas are still importing it—only indirectly, via Germany, Italy, or France. Stranger still are paeans to the EU’s new mandatory gas-storage targets as an “historic” step toward “weaning itself off Russian gas” when those targets can only be met by importing more Russian gas.

In the months since EU leaders announced a policy of reducing dependence on Russian oil and gas to slash the revenues financing Russia’s war, the EU has merely highlighted its dependence on Russian oil and gas while soaring prices have increased Moscow’s revenues. Worse to come may be the impact on Europe itself. In March, when those steps were proclaimed, EU officials celebrated transatlantic cooperation and mocked Putin for unwittingly strengthening European unity. Five months later, Putin is mocking Europe’s growing desperation.

The Summer of Europe’s Discontent

In recent days, millions of European consumers received notice of massive rate hikes for heating and electricity while the EU agreed to cut the use of natural gas by 15 percent. But proclamations of EU leaders do not ensure compliance by member states, many of whom balk at such austerity measures that analysts say are critical to making it through a winter of privation. Some are stretched too thin to keep gas-powered factories running if supplies are cut further, or too politically fragile to ask their beleaguered citizens to sacrifice more. Some worked hard to diversify their energy sources and resent being told to slash consumption to help those who did not. And some have already served notice that they will not share supplies with neighbors, regardless of need. These divisions cleave along familiar East-West and North-South lines, rekindling resentments that smolder from earlier debt and refugee crises.