How America Can Avoid a Second Korea War 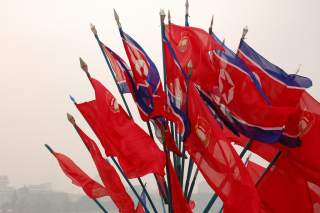 North Koreans are planning to visit the United States for talks with former American officials. The latter don’t represent the Trump administration, but the meeting offers an opportunity for Washington, DC to explore the possibility of better bilateral relations. It will be the first such gathering in five years. Pyongyang’s participation suggests its interest in opening a dialogue with the new administration.

Washington should facilitate the session—provide visas for the North Korean delegation and indicate that it would welcome contact with the Democratic People’s Republic of Korea. No good might come from such an approach. But no one in Washington has any better ideas for addressing the North.

The DPRK has been in the news lately and the coverage hasn’t been good. The Kim regime recently tested a mid-range missile and is suspected of orchestrating the murder of Kim Jong-nam, half-brother of the reigning North Korean leader. Last year Pyongyang staged two nuclear tests, upsetting its long-time Chinese ally as well as the West.

After the failure of the so-called Leap Day Agreement of 2012, the Obama administration largely gave up dealing with the North. Washington tightened its relationship with South Korea, pushed Beijing to confront the DPRK and pressed for tougher UN sanctions against Pyongyang.

To no obvious effect. Kim Jong-un is simultaneously promoting economic development and nuclear weapons. The North has enjoyed modest economic growth, though on a very low base, and expanded its nuclear arsenal. By some estimates, North Korea could accumulate fifty or even one hundred nuclear weapons in just a few years.

While such a force would be far inferior to America’s capabilities, it would give the DPRK a deterrent against U.S. attack. Last year, Kim said his nation “will not use nuclear weapons first unless aggressive hostile forces use nuclear weapons to invade our sovereignty.” Washington would have to calculate carefully before intervening militarily against a North equipped with nuclear weapons.

How to stop Pyongyang? A preemptive military attack could trigger the Second Korean War. Tougher sanctions, even if backed by China, would hurt vulnerable North Koreans without necessarily disturbing Kim’s elite. Beijing recently demonstrated its displeasure with the DPRK by banning the latter’s coal sales, but remains unlikely to risk bringing down the Kim regime, which could yield chaos on the peninsula.

Although virtually no one believes that Kim is prepared to trade away weapons which cost so much to develop, Washington isn’t likely to learn what is possible without addressing the North. And the upcoming Track One and a Half talks offer an opportunity to begin.

Among those expected from the DPRK, assuming visas are forthcoming, is Choe Son-hui, director of the foreign ministry’s U.S. Affairs Department. She has participated in earlier official and unofficial negotiations involving America. More important, she apparently has access to Kim Jong-un. Her presence could offer the starting point of a serious dialogue between the two governments.

There’s still good reason to doubt Pyongyang’s willingness to disarm. Missiles and nukes offer the North protection from attack, international respect, opportunity for extortion and reward to the military for its loyalty. Ironically, Kim may be as interested in preserving his distance from the People’s Republic of China as from America.

Washington has refused to consider any objective less than total denuclearization. That’s a worthy aim, of course, but the Trump administration should not allow the perfect to become the enemy of the good. If the DPRK is determined to be a nuclear state, it would be better for the United States if Pyongyang reduced its hostility, tempered its military ambitions and moderated other aspects of its behavior, including its human right practices. Simply discussing a more positive relationship might reduce the sense of threat perceived by the North.

Of course, one should treat North Korean claims with skepticism. However, any government in Pyongyang would be foolish to ignore the possibility of U.S. military intervention on the South’s behalf, as well as of an attempt at regime change—just ask the Serbs, Iraqis, Afghans and Libyans. The fact that Washington views its aggressive global military policy as justified does not diminish the legitimacy of Pyongyang’s expressed concerns. To the contrary, Washington’s determination to act irrespective of anyone else’s interest or view actually accentuates the potential threat from the DPRK’s perspective.

The problem is not just that U.S. policy offers the North a plausible justification for its weapons programs. Washington also has given the PRC good reason to shield Pyongyang from America’s wrath. From Beijing’s perspective, the United States and its “hostile policy” is to blame for North Korea’s weapons programs. President Trump expressed his frustration that China hasn’t done more against the North. By announcing its ban on DPRK coal exports Beijing essentially hit the ball back into America’s court. The Trump administration should reciprocate if it expects further cooperation.

The starting point could be informal meetings between U.S. officials and the visiting North Koreans. There is much that Washington could proffer as negotiable, starting with upcoming military maneuvers with Seoul and even the presence of American troops in the South. The administration also should indicate its willingness to consider establishing official relations. Washington should promise to respond to North Korean restraint in rhetoric and behavior. The latter would be particularly important given the recent missile test and Kim assassination, which have enhanced the DPRK’s reputation for irresponsibility.

It’s important not to overstate the North Korean threat to America. Pyongyang is not going to attack the United States: there is no evidence that Kim is suicidal. The only reason the North would consider striking the United States is because of Washington’s military involvement in the peninsula, a matter of choice, not necessity. A DPRK nuclear program limits Washington’s military discretion; it does not threaten America’s national existence.

Nevertheless, it obviously would be best to keep the Korean Peninsula free of nuclear weapons. They only strategy that looks even plausible begins by reducing hostilities and discussing other issues. The sooner the Trump administration takes the initiative to establish dialogue with the North, the better.