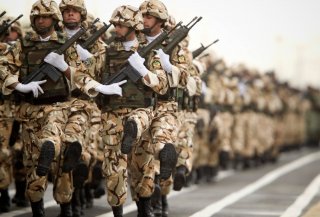 Ali Khamenei, Iran’s Supreme Leader, wants sanctions relief. To get the Biden administration off its compliance for compliance approach in which sanctions relief cannot come before the Iranians reverse their breaches of the Joint Comprehensive Plan of Action, the Iranians have adopted a Trump-like “maximum pressure” policy. Their leaders are acting as if coercion can work and carries little risk.

Consider the recent pattern of Iran’s behavior on both their nuclear program and in the Middle East. In early January, the Iranians informed the International Atomic Energy Agency (IAEA), the UN nuclear watchdog that monitors the Iranian nuclear program, that they would begin enriching uranium to 20 percent, the dividing line between low and highly enriched uranium. Subsequently, they also informed the IAEA that they would begin fabricating uranium metal, a possible step toward creating the core of a bomb. When that failed to move the Biden administration, the Supreme Leader upped the ante and announced that, if necessary, Iran would enrich to 60 percent, close to weapons-grade. In addition, the Iranian government took another step with the IAEA, conveying that it would no longer “voluntarily” adhere to the Additional Protocol which requires inspections of declared and undeclared nuclear sites. And, then it limited continuous access to information even from the declared sites, threatening that after three months to suspend it altogether if sanctions have not been lifted. While the Iranians did agree to discuss with IAEA what the agency says are Iran’s “unsatisfactory” explanations for traces of uranium found at three sites where the Iranians claimed no work on their nuclear program took place, they declined the European invitation to resume diplomacy on their nuclear program in an informal 5+1 format unless the US reverses the Trump sanctions first.

But Iran’s provocative actions are not limited to its nuclear program; they have clearly become far more threatening in the region at the same time. In fact, it is as if the Islamic Revolutionary Guard Corps (IRGC) and the Qods Force, its action arm in the Middle East, have been given the green light to launch threats everywhere. They seized a South Korean ship a few weeks ago and have essentially held it for ransom, demanding that the South Koreans release $7 billion dollars in accounts frozen by sanctions. More recently, they fired a missile at a Bahamas flagged cargo ship owned by an Israeli company in the Gulf of Oman and reports suggest they are behind an oil spill off of Israel’s coast. In parallel, the Houthis, whose drones, cruise missiles, and ballistic missiles are furnished by the Iranians, have been escalating their attacks against the Saudis, targeting now oil facilities at Ras Tanura, Jedda and Yanbu just in the last few days, helping to produce a spike in oil prices to roughly $70 dollars a barrel. Iran’s Shia proxy militias in Iraq have also fired rockets and drones at Riyadh, the Saudi capital city, even as those same militias have been firing on bases in Iraq where Americans are located. It was the fusillade of 107 mm rockets fired at Erbil, in northern Iraq, injuring an American soldier and killing a non-American contractor that helped trigger the American decision to launch a limited, highly targeted strike at Albu Kamal on the Syrian side of the Iraqi border.

President Joe Biden said he ordered the strike to show such attacks cannot be carried out with impunity and warned Iran “to be careful.” So far, the Iranians are choosing not to heed that advice as one of their proxies in Iraq fired ten rockets against the Ain al-Asad base in Iraq—the same one that Iran hit that wounded, but miraculously did not kill, any Americans last year in response to the Trump administration’s targeted killing of Qassim Soleimani, the leader of the Qods Forces. Iranians are doubling down, believing pressure will work and lead us to ease sanctions due to our desire to avoid the risk of conflict.

The Biden administration faces a genuine dilemma. It understandably does not want to get into an escalating conflict directly or indirectly with the Iranians—not in Iraq or elsewhere. But it also does not want to appear to be willing to live with increasing missile and drone attacks on us and others. Doing so—or moving to lift sanctions now—would validate the position of the Revolutionary Guard and the Qods Forces in Iran and that is a recipe for guaranteeing more Iranian pressure and less Iranian responsiveness.

In this early test of the Biden administration, with others watching to see how the president and his team will respond, Iran’s leaders must see they cannot gain from this posture. Wisely, the administration has made it clear that it will not make unilateral concessions to the Iranians. But it will need to employ a mix of diplomatic and coercive options that create counter-pressures and keep the onus on Iran.

First, it should continue to emphasize we are ready to return to the 5+1 negotiating format with Iran even as it makes clear we will not allow Iran to acquire a nuclear weapon. With the international community, the Biden administration must be able to show it is ready to reverse the consequences of Donald Trump’s walk away from the JCPOA. But negotiations are needed, especially because some of Iran’s breaches like the deployment of advanced cascades of centrifuges have generated Iranian know-how in ways that cannot be reversed—and Iran’s refusal to engage and the acceleration of its nuclear program increase the risk of conflict. This is not just about building political pressure on Iran; it is also about having Iran’s leaders see that we are conditioning the environment to the reality that in the absence of diplomacy, force may ultimately have to be used to prevent Iran’s march toward a nuclear bomb.

Second, the administration should forge a common public posture with our European allies and convey private messages. The public and private posture should be straightforward: so long as Iran breaches the agreement, refuses to come to a 5+1 negotiating forum, and directly or through its proxy militias launches rockets against U.S. forces or personnel, any sanctions relief is impossible. The administration should try to enlist the Russians and Chinese to convey this message not because they look to be responsive to the United States but because they have leverage on Iran and have little interest in seeing any escalation that could involve the use of American force.

Third, the Biden team should shine a spotlight on the Shia militias that are endangering Iraqi civilians with their rocket strikes. Both President Barham Salih and Prime Minister Mustafa Kadhimi made condemnatory statements after the attack on Erbil but more such statements will be necessary and are likely to be forthcoming if they know that our alternative is to hit back militarily against the proxies in Iraq. To be sure, if proxy attacks continue, the administration may well need to launch strikes, but it need not rush. The administration is right to say it will choose when and how to respond to such attacks, preserving the initiative for what to do and perhaps creating uncertainty among the Iranians and their proxy militias in Iraq. Still, because President Biden has often said, “Big nations don’t bluff,” any such statement carries with it the need to do something unless the attacks actually stop.

Fourth, the Biden administration should consider taking a page from the Israeli playbook. Israel has launched countless air strikes against Iranian and Shia proxy targets in Syria but it rarely acknowledges them. Why not make that part of the American toolkit? Not every action needs to be acknowledged; a covert action, including even a military strike against an Iranian site that supports the militias, need not be acknowledged. The Iranians would get the message but would not be put in the position of feeling obliged to respond lest Tehran appears weak if it doesn’t. We need the Supreme Leader to understand that the IRGC and Qods Forces are playing with fire and Iran is going to get burned if it does not stop. Over the years, Ali Khamenei has understood the danger of direct confrontation with the United States and avoided it. Presently, that fear needs to be restored.

All these moves should be geared toward convincing the Iranians to dial back their pressure campaign and resume negotiations on the nuclear issue. Even if they generally succeed on the nuclear issue, however, the need to be able to deter aggressive Iranian actions in the region is likely to remain. Indeed, the Israelis, Saudis, and Emirates all fear we will lose our leverage even if we hold firm on the compliance-for-compliance formula and only lift our nuclear-related sanctions after Iran is back in compliance with the JCPOA. At that point, they ask why would Iran concede anything more either on the nuclear issue or on their regional behavior when the pressure is off? The administration has a good argument on the nuclear program: if the only thing the Iranians really want is sanctions relief and they get it by the restoration of the JCPOA, we can always reimpose the Trump sanctions after negotiating for a defined period of time (e.g., twelve to eighteen months) if the Iranians prove unwilling to work out a successor agreement.

Iran Has Its Own 'Maximum Pressure' Campaign Against Trump