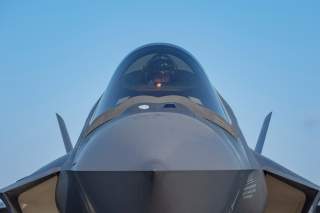 Some analysts have a particular flair for proposing U.S. military moves that would goad China into a military confrontation with collateral damage for Asia. To do this consistently probably takes a special mindset that includes a phobia of China and a desire to use the United States’ current superior military power to bully and punish it. Judging by Tuan Pham’s articles, he seems to be one of these individuals. Indeed, with his latest proposal in the National Interest for the United States to hold the 2020 multilateral but China-less Rim of the Pacific exercise (RIMPAC) in the South China Sea, Pham has become a contender for the warmonger’s fictional equivalent of the Nobel Peace Prize.

In a 2017 piece in CIMSEC, Pham “lays out recommended ways and means that Washington can regain and maintain the strategic initiative in the Indo-Pacific.” Many of those recommendations are based on false assumptions and if implemented are likely to be ineffective and even dangerously counterproductive.

Among others, Pham recommends that the United States continue “to challenge Beijing’s excessive and contested maritime claims in the SCS [South China Sea] through a deliberate, calibrated, and enhanced campaign of military operations—transits, exercises, and freedom of navigation operations (FONOP).” He also wants “the U.S. to reframe the SCS as a strategic problem (and not a regional issue) that directly involves the United States and obliges China to act accordingly.” He says that “explicitly conveying to Beijing that the SCS is a U.S. national interest and making the SCS a ‘bilateral’ U.S.-China issue may induce Beijing to rethink and recalibrate its revisionist strategy. The U.S. can turn the tables and make Beijing decide which is more important to its national interests—the SCS or its strategic relationship with Washington.”

Under President Donald Trump, Pham appears to be getting the provocative American positions and actions that he advocates. But so far, all it seems to have done is antagonize China and make it “dig in its heels.” China has not changed its policy nor is it unlikely to do so. We will see how that works out for all concerned.

Now Pham suggests that the 2020 RIMPAC—the world’s largest maritime military exercise—be conducted in the South China Sea. The United States shamed China by publicly rescinding its invitation to participate in the 2018 RIMPAC because of its “continued militarization of the South China Sea.” According to Defense Secretary James Mattis, “China’s behavior is inconsistent with the principles and the purposes of the RIMPAC exercise.” Adding salt to the open wound, a draft of the U.S Senate’s annual defense policy bill stipulated that China could be readmitted to future RIMPAC exercises when and if it made positive changes in its behavior in the South China Sea.

Implementing Pham’s proposal would be a very dangerous gamble with the futures of Southeast Asian nations. It would cause China’s leaders to lose face and infuriate their supporters. More concerning, it would likely force prospective participants to choose between the United States and China—and Washington might not like the outcome. Some, perhaps many, may choose not to participate. They might judge that for them this is not the time, nor the place, nor the way to demonstrate support for U.S. interests and values vis-à-vis a dangerous potential enemy?

Would that really mean—to paraphrase Pham’s own words—they are not willing to stand up for their national interests and shared values with the United States? Pham should be more careful as to how he frames the choices and their implications.

In “Pham think,” holding RIMPAC 2020 in the South China Sea would also encourage other South China Sea claimants (including Taiwan) as well as outside powers to undertake FONOPs against China’s claims either individually or jointly (including with the United States). The United States conducts FONOPs against most other Southeast Asian littoral countries, so for these countries to undertake FONOPs against China’s claims—especially with America—would constitute mass hypocrisy. But more important is that in the unlikely event that Southeast Asian countries would participate in such FONOPs, they would be putting themselves squarely in China’s crosshairs for economic and political punishment. The United States would be asking them to publicly defy a formidable potential enemy and regional hegemon for the abstract principle of freedom of navigation for warships. This is what Washington is pushing—not freedom of commercial freedom navigation as it often uses as a cover. It knows and the region knows that China is not likely to interfere with commercial freedom of navigation other than in wartime.

It seems that Pham thinks mainly of the possible benefits of such proposals for the United States. But as an objective analyst, Pham should step back, take a deep breath and think about—and address—the negative consequences of implementing such proposals, including the likely collateral damage for countries caught in between the United States and China.