How Humane Wars are Inhumane 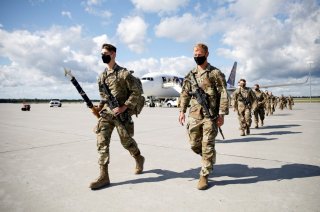 IT IS a hoary military cliché that at any given time generals are always prepared to fight and win the most recent of their countries’ past wars. But it comes as something of a shock when, in his new book, Humane: How the United States Abandoned Peace and Reinvented War, Samuel Moyn, a historian and a professor of law at Yale who is one of America’s most distinguished thinkers on human rights, the laws of war, and more generally on international justice, in many ways seems to perpetrate the very same mistake. Moyn argues that for most of its history the American tradition of warfare has been a particularly cruel one (the stark title of part one of Humane is “Brutality”). But then, he goes on to argue, in the 1970s there was a great leap forward (Moyn actually used the expression in an exchange about Humane with his Yale colleague John Fabian Witt) in the legal regulation of combat itself. It was the United States, Moyn insists (rightly in my view), that drove the movement for this virtually unprecedented humanization of the laws of war.

For Moyn, this began with the reconsideration that took place in the later part of the 1970s of how America had fought the Vietnam War, and not just by the war’s opponents but within government and perhaps most importantly within the U.S. military itself. This led to brutality beginning to give way to a new and, at least in its self-conception, a far more humane doctrine of war and warfighting. As Moyn puts it, “from the ashes of Hanoi and the darkness of My Lai, the possibility of humane war would come into view.” On the face of things, that would seem to be very good news both for the United States and for the world. On one level, Moyn does not disagree. To the contrary, he is at pains to concede that when compared with Vietnam or Korea, let alone the genocidal wars against the native peoples of the American continent, or the United States’ imperial wars in the Philippines and Central America, the U.S. military’s decision to shift to a less sanguinary war-fighting doctrine, one codified in U.S. military and civilian law but also in international law accepted by the United States, has been an improvement. At the same time, he rejects the view that this humanization of war should give rise to even the most guarded degree of optimism. “Humane war,” Moyn warns at the very end of the book, “is another version of the slavery of our times.” And far from being a “utopia,” “humane war” may turn out to be no more than “dystopian in a new fashion.”

On one level, Moyn’s argument will surprise no one who has read his work over the past twenty years, during which he has become a major intellectual figure on the American Left, at a time of the Left’s resurgence in mainstream U.S. politics. His most important books have been in the service of debunking various contemporary utopias. In The Last Utopia: Human Rights in History, published in 2010 to great controversy but even greater critical acclaim, Moyn pushed back hard against the conventional wisdom (at least in the Global North and Latin America) that the contemporary human rights movement was the culmination of centuries of progress in the making of a more humane world. This line of filiation goes at least as far back as the anti-slavery movement in late eighteenth-century Britain, through the creation of the Red Cross movement, and the first radical limitations on what armies were allowed to do, and more proximately in the Nuremberg Trials and the subsequent promulgation of the United Nations’ Universal Declaration of Human Rights. In Moyn’s account, partisans of this new human rights utopia—one of his bolder arguments is his dating its rise back only to the 1970s in the United States—assumed that they could usher in a world in which it would finally be possible to do away with some of the most commonly-held assumptions about international relations. The most important of these, conventionally described as the Westphalian Order, holds that states have the right to do more or less as they like within their own borders. But through both activism and law, the belief within the human rights movement that it was being replaced by a developing body of international human rights law that would, in extremis, supersede national law and bring rulers to account for how they treated their own citizens, not just how they acted internationally.

MOYN WAS more than skeptical. His overarching claim in The Last Utopia was that the human rights movement had arisen largely because of the moral vacuum that had been created by the failure of socialism, the disappointments of decolonization, and the hollowness of the early promise of a new and more just world order that in 1945 many expected could be anchored in the United Nations system. Socialism, decolonization, the UN: these, Moyn insisted, had been collective aspirations for a better future for the world, promising “emancipation from capital and empire.” Human rights, on the other hand, were “minimal, individual and fundamentally moral.” In short, human rights was an ideal doctrine for a liberal capitalist world and since its inception in the 1970s had come to serve as capitalism’s moral warrant. By implication, Moyn seemed to be calling for the restoration of these collectivist visions and promises, though in The Last Utopia he did not quite come out and say so. But in his subsequent book, Not Enough: Human Rights in an Unequal World, published in 2018, he had either moved quite a bit further to the left or simply thought it necessary to be more explicit about his political radicalism. “Human Rights,” he wrote, were “both a breakthrough of conscience and an immense reversal.” However good its intentions had been, the human rights movement’s Faustian bargain with neo-liberalism had “left the world more humane but enduringly unequal...”

Thus, it turned out that Moyn was not, in fact, a critic of utopias in general, only of neoliberal ones. For his call in Not Enough was for those concerned with human rights and justice to end “the accommodating relationship they have had with market fundamentalism and unequal outcomes,” and return to an earlier utopia. “It is time,” he wrote, echoing the celebrated rallying cry of Rosa Luxemburg, “…to relearn the older and grander choice between socialism and barbarism, and time to elevate to the global project it has rarely been but must become.”

In Humane, Moyn sets out in a direction that is both congruent with what he set out in those earlier books, but that at the same time appears to me to be in important ways incompatible with them. “Jacobin Legacy” is the title of the first chapter of Not Enough, and Moyn still seems at least partly inspired by what could be called his Neo-Jacobinism. Nor has he jettisoned his most original and powerful claim, which has been that while various reforms—human rights, philanthropy—may seem like progress, either they aren’t advances at all, or else they are woefully insufficient ones both in moral and in political terms. In Moyn’s new book, he applies the same lens to efforts undertaken both by governments—above all, the United States—and national militaries to radically reduce both the human toll and the physical destructiveness of warfighting through transformations in tactics, technology, and the role of both international and military law. For Moyn, these developments now are a huge obstacle to getting closer to what is for him the only morally acceptable outcome: all but abolishing war.

Moyn avers that he is not a complete pacifist, and in Humane he clearly wanted to leave open a very narrow exception to his general demand that war be abolished. But even his neopacifism seems at odds with his earlier Neo-Jacobinism. After all, historically neither socialism nor decolonization were exactly nonviolent affairs, nor was revolutionary violence the rare exception to a nonviolent norm. And since Moyn obviously knows this, one can only wonder whether he did not want to address such inconvenient historical facts in Humane or whether he really has come to believe that virtually all the morally licit wars have already been fought and that thus, presumably, for the first time in human history, in the words of the great Gospel song “Down By the Riverside,” “We ain’t gonna study war no more.”

Obviously, there is no great Jacobin, Socialist, or anti-colonial hero whom Moyn could appeal to as the moral model for how to think about war. After all, all of them, from St. Just to Luxemburg, from Denmark Vesey to the Algerian FLN, believed revolutionary violence to be both unavoidable and necessary. In theory, Moyn might have turned to Mahatma Gandhi as a model but perhaps that did not sit well with Moyn’s socialism. But the figure Moyn does turn to in Humane seems like a far more perverse choice. He takes as his model for how to think morally about the nature of war none other than great nineteenth-century Russian novelist Leo Tolstoy, to whom the first chapter of Humane is devoted. Moyn does acknowledge that his moral role model “went too far, and like many prophets spoke too soon.” By this, he presumably is referring to Tolstoy’s insistence on the inseparability of his pacifism from his very un-Jacobian anarchism and his Christian faith. Nonetheless, Moyn describes Tolstoy as having offered the “most eloquent and thought-provoking reservations ever leveled against the attempt to ‘humanize’ war, highlighting the moral risk of failing to combine the desire for less brutal war with skepticism toward war itself.” Again, Moyn himself is not quite prepared to endorse Tolstoy’s absolutist insistence that “war is never for a good cause,” but he comes very close when he writes that “it almost always isn’t.”