How Many of America’s Coronavirus Deaths Were Unnecessary? 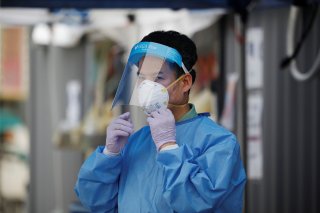 This week marked the one-year anniversary of the WHO announcement that coronavirus had become a global pandemic. While the US makes up only 4% of the 7.7 billion individuals with whom we share this small globe, more than 20% of all those killed by this virus have been Americans. America’s death toll from COVID is now larger than the total US combatant deaths in World War I, World War II, and the Vietnam War combined.

The question we should all be asking is how many of these deaths were unnecessary?

More specifically, how many of the half-million Americans who died from coronavirus in the past year would not have died had the US federal government, state governments, and health care providers acted as effectively as their counterparts in other nations did?

Taiwan’s population is a quarter larger than that of the entire state of New York. Since the outbreak of the pandemic, how many Taiwanese have been killed? The number can be counted on the fingers of two hands. It is ten. To repeat: ten out of 23 million. With a population roughly the size of the state of Massachusetts, Singapore has seen 29 deaths compared to more than 16,000 for Massachusetts. South Korea’s population of 52 million includes 28,000 American troops stationed there. Deaths among that population, including the Americans, total less than 1/50th of the per capita fatalities in the United States.

The impact of this failure on other nations’ views of the US has been substantial. The most recent Pew poll found that only 15% worldwide give the US a passing grade in handling this outbreak.

Within the USA, the differences in death tolls among the best and worst-performing states are almost as striking. Had New York’s governor, health department, and health care providers acted as effectively as their counterparts in Hawaii or Vermont did, 42,000 of its former residents would be alive today. Had the dozen worst-performing states seen the same number of deaths per capita as the dozen who have done the best job, more than 100,000 of their fellow citizens would now be looking forward to spring.

The assertion that thousands of lives were lost for want of actions our federal government, state governors, and health care providers could have taken—but failed to— is a most serious charge. Whether sufficient to meet the legal test of negligent homicide or not is a question lawyers and judges will debate. But for those who’ve lost relatives and friends, it is certainly a legitimate cause of outrage. In the months ahead, once the vaccine has defeated this plague, the US should establish a serious bipartisan, scientifically-informed commission. Like the one Congress established to investigate the 9/11 attack by terrorists on the US, it should be charged to assess who did—or failed to do—what. No one can doubt that there will be more than enough culpability to go around.

But at this point, COVID remains a deadly threat to most Americans. The existential imperative today is to recognize that the choices and actions governors and those who report to them are currently taking will continue causing unnecessary deaths—unless state governments get the doses of vaccine that the federal government has delivered to them into the arms of the most vulnerable.

As we now know, 80% of the 500,000 Americans who were killed by coronavirus came from the 15% of our population aged 65 and older. If New York had matched West Virginia in getting doses of the vaccine off the shelf and into the arms of senior New Yorkers, 1.6 million unvaccinated seniors would now have been vaccinated. That single shot would have reduced their chances of dying from coronavirus by more than 60%.

If each governor of every state will focus on getting doses of the vaccine into the arms of the most vulnerable as if his own life depended on it, many Americans now facing a statistically significant likelihood of death can still be saved.