How the Media Got Russiagate Wrong 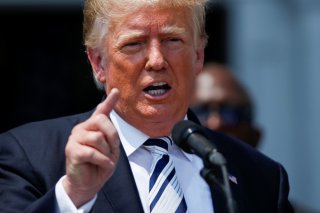 Prior to Russiagate, retired intelligence community leaders had long observed an unwritten rule against becoming political activists, concerned that overt partisanship could undermine perceptions of institutional objectivity that are critical to the intelligence mission. By contrast, ex-CIA director John Brennan became a Twitter warrior and appeared regularly on media broadcasts decrying what he claimed was treasonous cooperation between Trump and Russia.

Many have argued that this rule-bending was justified because Trump himself refused to play by the rules. Whether justified or not, the departure from old norms has done significant damage to institutions that are vital to the functioning of our republican form of governance. According to Gallup’s annual governance poll, 60 percent of Americans say they trust mass media “not very much” or “not at all.” Their faith in the accuracy and objectivity of U.S. intelligence organizations is probably not much higher.

WHAT, THEN, should be done? Establishing fact-checking organizations devoted to combating disinformation and “fake news” is a popular remedy. To date, however, such efforts have only made the problem worse. Many of the news stories that fact-checkers have labeled as false have later proved accurate, such as the Hunter Biden laptop story published by the New York Post last summer, which social media platforms blocked, and a bevy of ex-intelligence officers suggested was Russian disinformation.

The answer is more likely to be found in a return to the methodological and ethical standards that have traditionally governed institutions designed to uncover truth. Journalists have a well-developed set of evidentiary standards and professional ethics. The intelligence community has clearly defined rules on sourcing and analytic objectivity. Had either of these professions adhered strictly to their own rules during the Iraq WMD and Russiagate episodes, it is likely that their errors would have been less severe. These standards become more important during times of crisis, not less.

Realism is rooted in the notion that decisionmakers must see things as they are, not as they would like them to be. Maintaining a level head and striving to discern reality objectively while immersed in an atmosphere of instability and fear is no mean feat, as the Russiagate and Iraq WMD cases demonstrate. But it is not an unattainable goal. These episodes certainly had their share of culprits, but they also featured a few heroic players, courageous individuals able to resist pressure to swim with the tides of mass opinion, who rendered non-partisan judgments that look increasingly accurate in hindsight, despite their unpopularity at the time.

The challenge is to translate these individual successes to a collective level. This requires institutional encouragement and support for questioning conventional wisdom, generating and testing alternative hypotheses, and measuring success by the accuracy of judgments, not by the approval of audiences. Contrary to the Washington Post’s Trump-inspired slogan, democracy does not die in darkness. It perishes when its institutions fall prey to false information and ignore objective standards of truth. It is time to revive them.