How Stable Is North Korea? 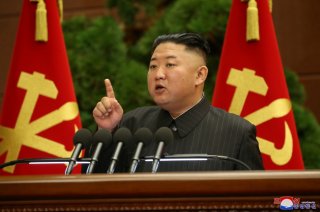 How stable is North Korea? What are the factors that most affect Kim's grip on power? Where are the impacts of North Korea's recent problems most acute? Is there anything that outsiders can and should do?

Watch the Center for the National Interest host a panel of experts to discuss these important questions.

Bruce W. Bennett is an adjunct international/defense researcher at the RAND Corporation with deep expertise in Korean security and stability issues. He has worked with the Office of the Secretary of Defense, the Defense Threat Reduction Agency, U.S. Forces Korea and Japan, the U.S. Pacific Command and Central Command, the Republic of Korea (ROK) and Japanese militaries, and the ROK National Assembly.

Jessica J. Lee is a Senior Research Fellow in the East Asia Program at the Quincy Institute. Her research focuses on U.S. foreign policy toward the Asia-Pacific region, with an emphasis on alliances and North Korea.

Frank Aum is the senior expert on Northeast Asia at the U.S. Institute of Peace, where he focuses on ways to strengthen diplomacy, reduce tensions, and enhance peace and stability on the Korean Peninsula. From 2010 to 2017, he worked at the Department of Defense, including as special counsel to the Army General Counsel, special assistant to the assistant secretary of defense for Asian and Pacific Security Affairs, and senior advisor on North Korea in the Office of the Secretary of Defense.

Harry J. Kazianis, Senior Director of Korean Studies at the Center for the National Interest, moderated the discussion.