How to Stop ISIS in Iraq 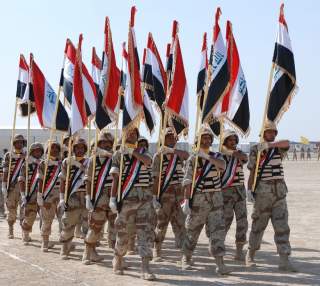 For Muslim families throughout the Arab world, including mine, the onset of the holy month of Ramadan—it began earlier this week—brings back a lifetime of happy memories: We break our daily fast with a traditional meal both savory and sweet. We savor traditional folklore and music—still performed from gathering places in Casablanca to the centuries-old Ghurid citadel in Cairo—as well as an updated version of that tradition, on satellite television, in the form of new miniseries’ best-loved actors, like Egyptian comic Adel Imam.

But the first day of Ramadan this year was also designated by the jihadist group known as the Islamic State of Iraq and Syria (ISIS) to announce the establishment of its so-called “Caliphate.” The vast territory it now controls includes Mosul, an ancient city that was a capital of civilization long before the rise of Islam and remained so during the formative years of our faith. The new “declaration of independence” by an organization born out of Al Qaeda and nurtured by the blood of innocent men, women and children is a disgrace to our religion and a source of pain for those who cherish its holiest month. This Ramadan, I am contemplating how the world got to this point and what role countries east and west can play in bringing humanity and sanity back to Iraq.

It behooves Iraqis to acknowledge their own role in enabling sectarian and ethnic differences to metastasize into civil war. These rifts are ancient, to be sure—remembered by today’s Iraqi grandparents from childhood days and recorded by the region’s premodern historians. But it is hard to recall any period in Iraq that witnessed bloodletting among the denominations on such a grand scale as today. This tragedy is due partly to a failure of leadership, and partly to a failure on the part of the rank and file in Iraq to take personal responsibility for the task of reconciliation.

But Iraq has also fallen prey to the interventions of regional and international powers, some out of nefarious aspirations and others with a pattern of negligence bordering on criminality. Iran, a kingmaker in Iraq for over a decade, sworn to maintain a Shi’ite monopolization of power, is also the main sponsor of Shi’ite sectarian media, whether emanating from Iraq or beamed into Iraq via satellite, which has been sharpening the knives of hatred in the country for nearly a generation. The same may be said of well-heeled Sunnis in the Gulf who sponsor equivalent propaganda of the Sunni variety.

Meanwhile, the American venture into Iraq, from its beginnings in 2003, failed to make good on its stated purpose of bringing true democracy to the country; among its many responsibilities as an occupying power, it should have invested considerable treasure and talent in fostering the institutions of civil society that make democracy possible and sustainable. It did not. Later, under the present administration, the United States departed Iraq with neither appropriate military contingencies, nor any “soft power” strategy to support democratic transitions and national reconciliation. In essence, it amounted to a new type of negligence, and the triumph of hope over reason.

Continuing in an ongoing pattern, it appears that the White House would like to see regional powers in Iraq’s neighborhood become partners in Iraqi stabilization. Iran has emerged in the public discussion in Washington as a potential ally in this regard.

Well, can Iran, a principal broker of sectarian strife inside the country, be relied upon to mend sectarian wounds, let alone sponsor political development in Iraq? Meanwhile, are the Arabian Gulf states expected to foster forms of civil-society development—workers’ rights, political participation, women’s empowerment—that are still at junior stages back home? It does not appear that these questions are being asked to any meaningful degree in the American public discussion; Washington is appropriately concerned with military stabilization, with some understanding of how international and regional powers may be able to achieve it, but when the discussion turns to political stabilization, the ideas come across as incoherent and vague. If the United States neglects to play a serious role in this regard, which international players does it expect to do so in its stead?

The challenge of healing Iraq requires deep and sustained participation by all parties: Iraqis, their neighbors and Iraq’s partners in the West. Political will and courage must emerge on the local level. Regional powers must first, do no harm, and second, play a constructive role, at least in terms of repelling ISIS. But without sustained international sponsorship, coming especially from the United States, it is hard to see either of these conditions being met. Nor will the long-term challenge of cultural and political reconciliation in Iraq be achieved without international support for institution building inside the country.

ISIS has a bold vision—a vision of terror and turmoil under the guise of a noble faith, which strikes an ominous chord with the onset of our holy month. Will support emerge for an alternative vision? This is a question worth pondering every day this month—and it is a call to action.